OPINION | SAVE YOURSELF: Build momentum in first steps toward retirement goal 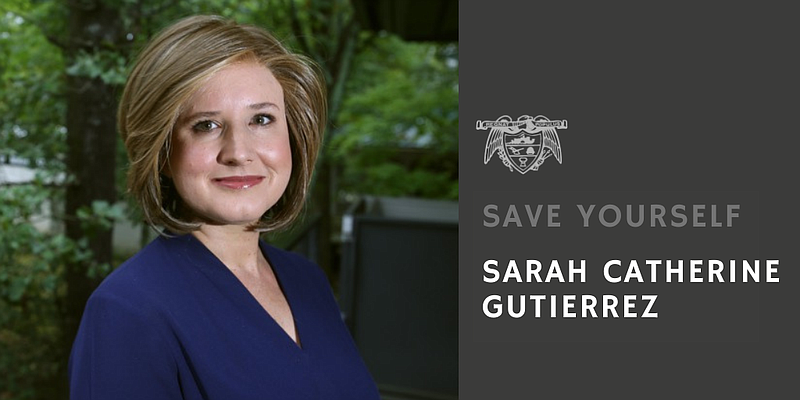 I would find myself opening up my account and gazing at it in disbelief -- feeling a sense of accomplishment. This girl who never could save, who would squirrel away a few dollars into a savings account only to raid it a month later. That retirement accomplishment made me feel so empowered, I was inspired to save more. Reaching goal after goal was just one more nail in the coffin of stories that I'd told myself about not being a saver.

I will admit the argument to save for retirement is a little tough. I know it because I make the argument to hundreds of people a year who are hearing it for the first time. Imagine speaking to a 22-year-old: "Hey, spend less money that you could really use right now for some future you who will need it decades away." Most people can reliably delay gratification for seven days. For a 22-year-old, we are asking them to delay gratification for 15,695 days. Oh, yeah, slam dunk argument right there.

The point is the benefits of saving for retirement aren't entirely isolated from that moment you retire. You get to feel increasing levels of satisfaction as that account grows. Saving has a momentum factor.

If only it were that easy. Did you know the average person changes jobs 12 times? Assuming 43 working years and a job change every 3½ years, then you might not hit $12,000 in retirement savings before you change jobs. So, you do one of two things: You leave it where it is (I'll deal with it later) or, even worse, you cash it out.

How many lifetime retirement plan savers have I had in front of me who were retirement age but didn't get that lucky ticket to retire? One too many. A common story? At job changes, the amounts seemed too small to bother with, so he or she cashed out.

Leaving the savings behind is much better but is a missed opportunity. Even though that money is real, when you start at your new company, you will feel like you are starting over when you see that zero balance. You left inspiration behind!

I am going to level with you; transferring this money will take a little elbow grease.

Let's say you leave your job for another job at a large company. Larger companies typically make you immediately eligible to join their retirement plan. As you enroll in the new plan the first day on the job, you might be asked if you want to roll any old accounts into this plan. "Why yes, indeed, I do."

What is a recordkeeper? Well, it's the company your employer has hired to administer the retirement plan. It physically accepts money from your paycheck, deposits it into your 401(k)/403(b)/457(b), invests that money in the funds you select, and then keeps track of it (hence the name recordkeeper). Check feelings of intimidation at the door, pick up the phone and direct the new recordkeeper to help you move the money. They are highly motivated to do this!

OK, that's easy, but what if you get to your new company with a one-year waiting period to join the plan? Ouch. Here's what I want you to do. Leave your money at the old company for one year. It will stay invested. You just can't add to it. And your old company can't force you to take the money out (unless the balance is below $5,000). When you are newly eligible for the new company's retirement plan, right after you enroll, I want you to immediately complete the transfer paperwork to move your old money into the new plan. Instant momentum, baby!

What if your new company doesn't even have a retirement plan or you have less than $5,000 in the old plan? Open your own retirement account called an IRA at a company like Vanguard, Fidelity or Schwab. Then roll over your old 401(k)/403(b)/457(b) plan into the IRA. From there, you can replicate a company retirement plan by creating auto deposits each month that equal 10% of your pay (up to $6,000 per year if under age 50). They will even let you auto invest into a target date retirement mutual fund. The best news is these investment companies can help you from start to finish.

Some people like to compare saving for retirement to running a marathon. But that's not so accurate. With retirement savings, the first mile is the hardest. The 26th mile is the easiest because of the momentum. Remember, saving is its own reward, but you have to start and then accumulate enough savings to get over the momentum hurdle.