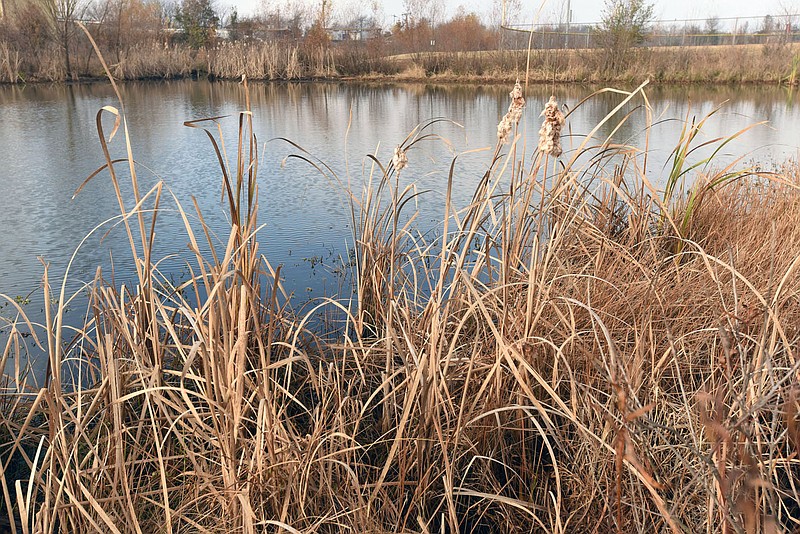 Urban wetlands, such as this one next to the Rogers Regional Sports Park, are oases of habitat for fish and wildlife in the city limits. Trails such as the Northwest Arkansas Razorback Greenway pass near several wetlands because trails run through flood plains in the region. (NWA Democrat-Gazette/Flip Putthoff)

People who walk, trot or pedal along the area's network of trails pass some of the most diverse wildlife habitat around.

Urban wetlands dot the landscape along trails all over Northwest Arkansas, offering acres of habitat for fish and land animals inside city boundaries.

Hard-surface trails routinely meander through the flood plains of streams where buildings can't be constructed. That water creates wetlands near many of these small streams.

People enjoying fresh air and exercise may not pay much mind to the boggy, swampy tracts they pass along the Razorback Greenway and its companion trails. But they're havens for wildlife, said David Rupe with the Army Corps of Engineers. Protecting wetlands is one of the Corps' missions.

"They're really some of the most valuable habitat for plants and wildlife," Rupe said. He's a regulatory project manager with the Corps and works out of the Beaver Lake office in Rogers.

"You can't just fill in wetlands," he said.

Any construction in wetlands has to be authorized by federal permit, he explained. If a project destroys an acre of wetland, the permit requires that one acre, sometimes more, must be created in its place.

A prime example is the network of wetland habitat on the south side of the Rogers Regional Sports Park along Dixieland and Hudson roads. Droves of pedestrians and cyclists travel the trail that hugs these wetlands.

"That sports park land was prime prairie wetland before the park was built," Rupe said. The permit issued to the city of Rogers mandated that some new wetland be created to mitigate the lost wetland.

The sports park wetland is "partially man-made," Rupe said. A small stream already ran through the area and still does. Some engineering work was done to ensure the area would maintain its wetland character.

Trail users are welcome to step away from the pavement and explore these trailside wetlands. In fact, visitors are encouraged to do so, Rupe said. Some activities, such as swimming or wading, aren't allowed.

Wetlands are seen along trails from Bentonville to Fayetteville. They're great spots for birding, wildlife photography and nature study. Birds drew Joe Neal of Fayetteville to wetlands in Rogers on a cold morning in early December. Neal is active in the Northwest Arkansas Audubon Society and has written several books and volumes of articles about birds and birding.

At the Rogers Regional Sports Park wetlands, Neal focused his binoculars on a Cooper's hawk perched in a tree above a wetland lagoon. Three crows kept and eye on the hawk. "Watch crows," Neal jokingly called them. It's common to see crows harass a flying hawk.

"If that hawk makes any kind of move, those crows will be on it," he said.

Common birds like blue jays and cardinals flitted hither and yon in this urban wetland. Neal's next stop was another Rogers wetland one-half mile west, near Cambridge Park.

Sunshine warmed the cold morning as Neal strolled along a boardwalk the city has built through the wetland that's filled with cattails, brushy vegetation and tall trees. Bird activity picked up as temperature climbed. Neal jotted each species seen into his field notebook.

The boardwalk makes it convenient for trail users to get smack in the middle of a wetland without getting wet feet or disturbing the tract.

"The city has done a real nice job here of preserving this wetland and keeping it accessible for human use," Neal said.

Along the way, he lifted binoculars to see a red-tailed hawk resting on a limb, "the consummate bird of a forested wetland," Neal said.

These oases of scenery and habitat are a bonus to the exercise and fresh air available to everyone along the trails. 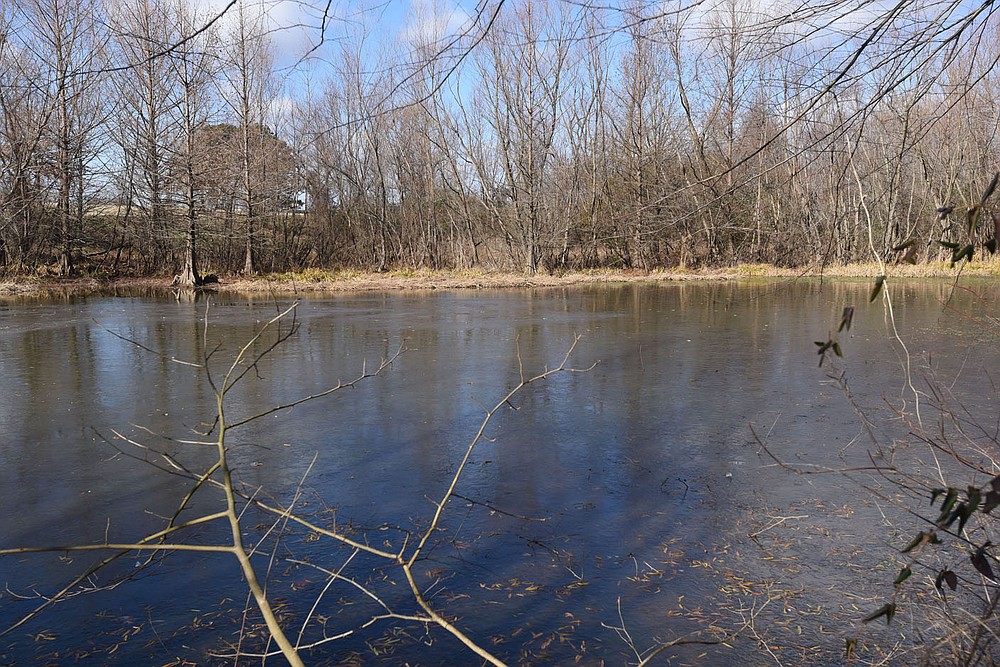 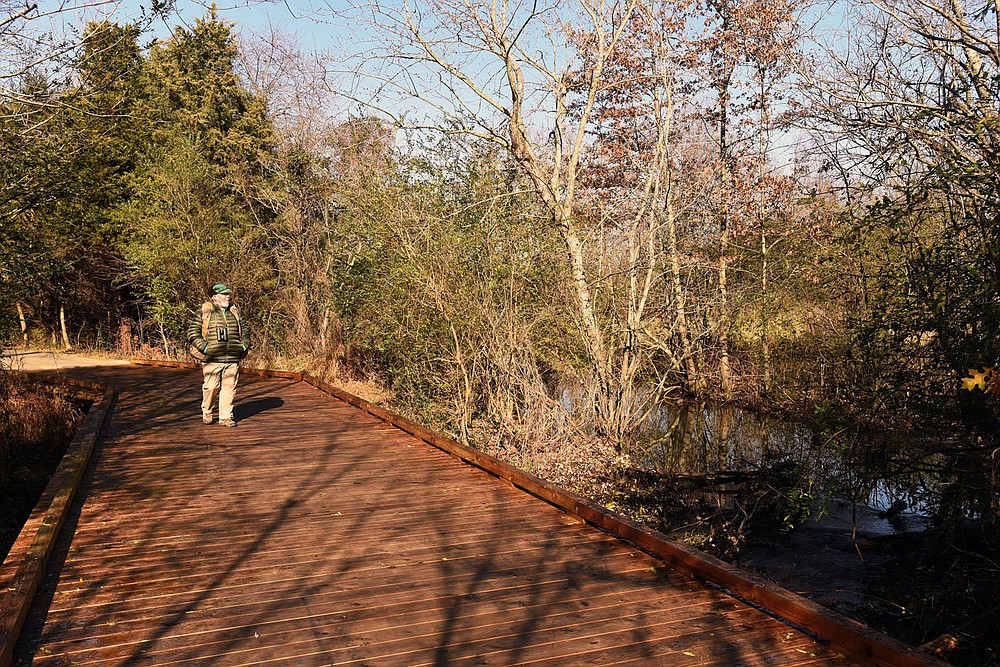 The city of Rogers has built a boardwalk that lets visitors get an up-close look at a large wetland east of Cambridge Park. Joe Neal of Fayetteville takes in the view. (NWA Democrat-Gazette/Flip Putthoff) 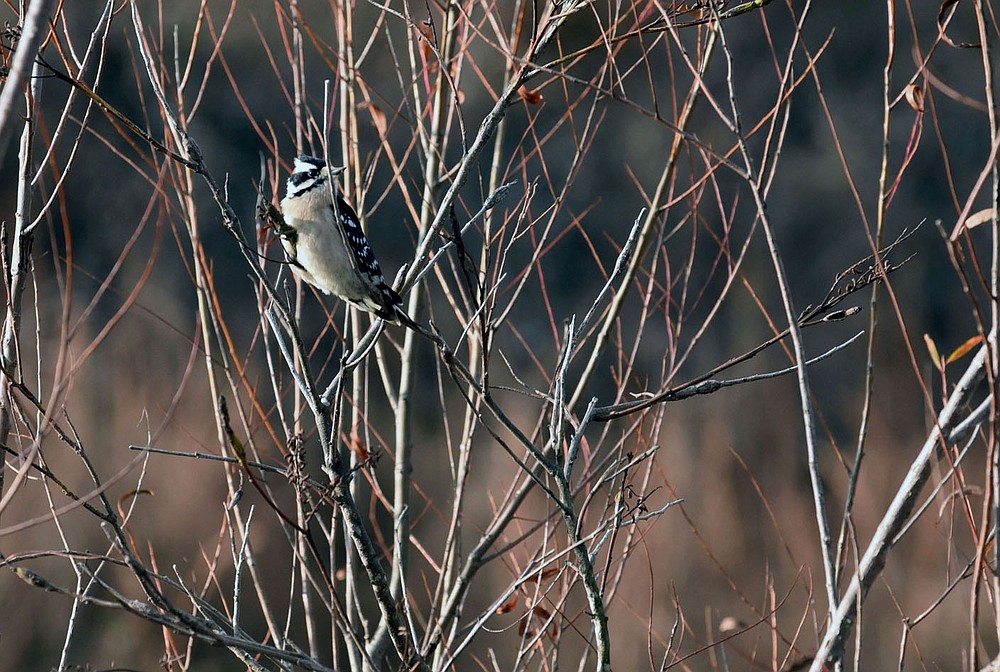 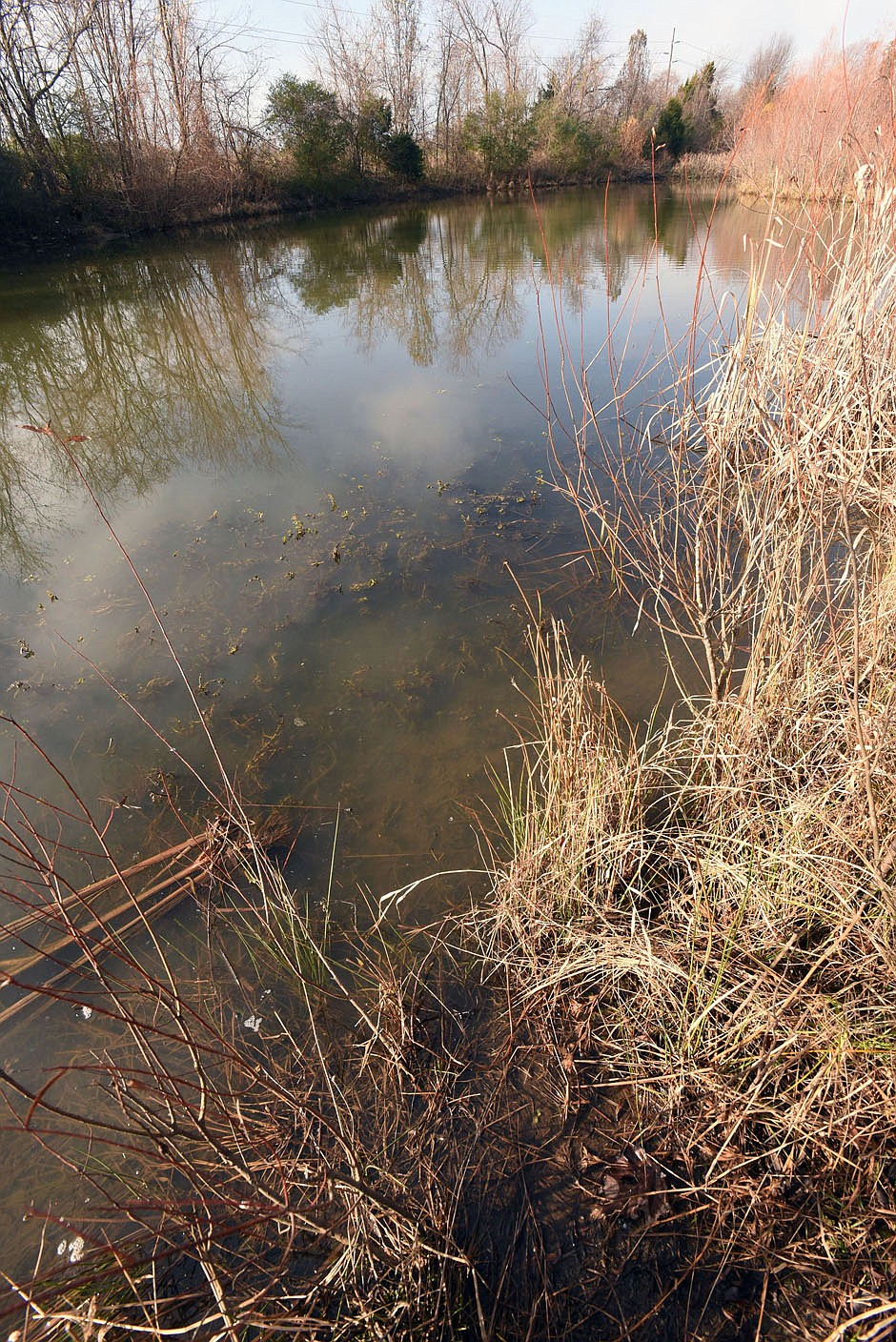 Urban wetlands are often in the floodplains of streams. (NWA Democrat-Gazette/Flip Putthoff) 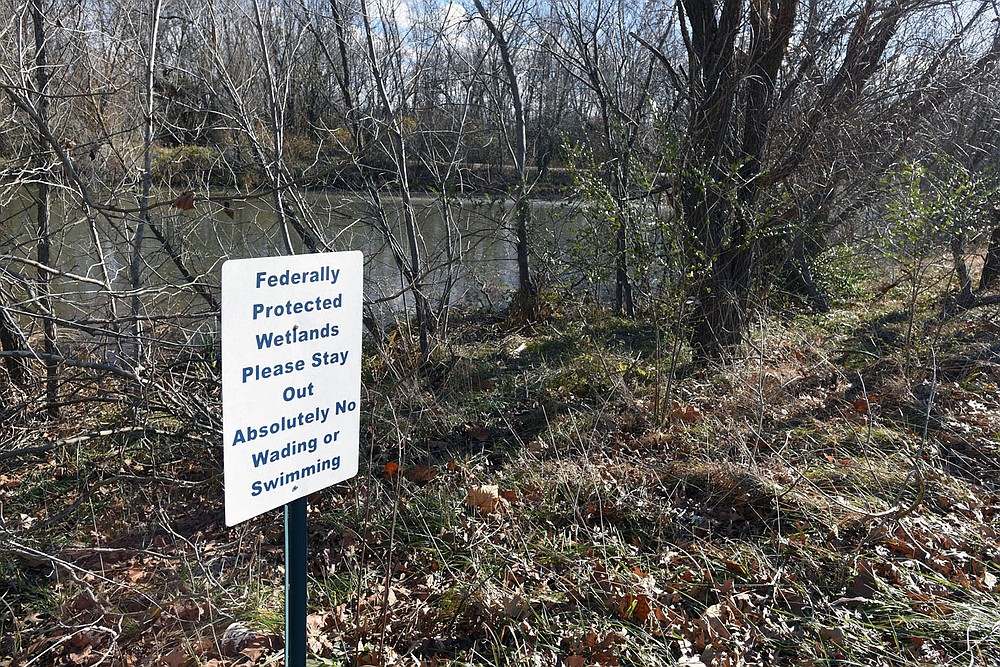 Wetlands, such as this area near Northwest Medical Center in Bentonville, are protected by the Clean Water Act. (NWA Democrat-Gazette/Flip Putthoff)
More News

What is a wetland?

A wetland is an area that is covered by shallow water or has waterlogged soils for long periods during the growing season in most years. Prolonged saturation with water leads to chemical changes in wetland soils, which in turn affects the kinds of plants that can grow. Therefore, wetland vegetation often looks quite different from that of the surrounding areas.

Anyone who intends to place fill material in an area that might be a wetland should contact the Army Corps of Engineers office in Rogers, 2260 N. Second St., 479-636-1210, to see if a permit is required.