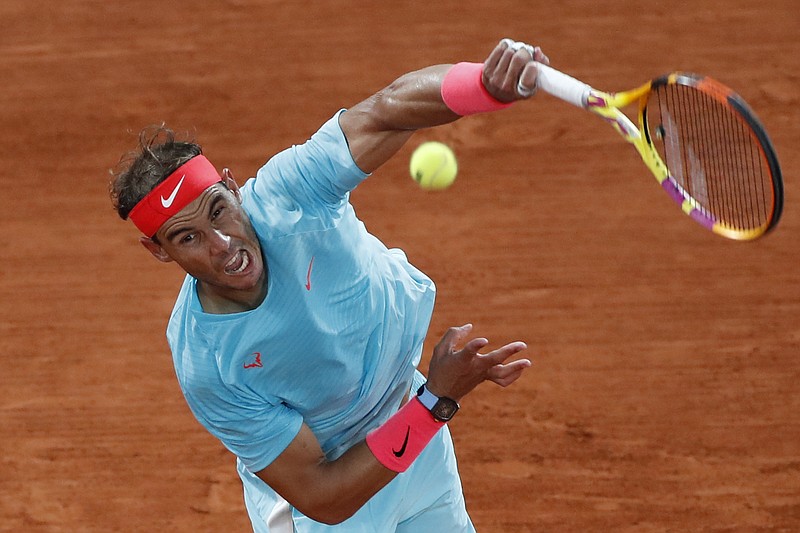 FILE - In this Oct. 11, 2020, file photo, Spain's Rafael Nadal serves against Serbia's Novak Djokovic in the final match of the French Open tennis tournament at the Roland Garros stadium in Paris, France. Novak Djokovic and Nadal both head into 2021 with some major milestones within reach. Djokovic can surpass Roger Federer’s record for most weeks at No. 1 in the ATP rankings, while Nadal can break his tie with Federer for most Grand Slam singles title for a man, 20. (AP Photo/Alessandra Tarantino, File)

When the 2020 men's tennis season ended at the ATP Finals, Rafael Nadal captured a common sentiment that still holds true as the 2021 tennis season is set to begin this week.

"The world is suffering a lot, so we are very lucky that we can play tennis," Nadal said in London in November. "That's the real feeling that I have."

After an off-and-on, pandemic-altered year for the sport, coronavirus questions and an ever-evolving calendar still will be key parts of the conversation as things get going with main-draw action today at the Abu Dhabi WTA Women's Tennis Open, where Sofia Kenin leads the field, and Thursday at the ATP's Delray Beach Open, where last year's champion, Reilly Opelka, withdrew, citing an injured knee.

Opelka joined several players -- a group that includes Andy Murray, Kei Nishikori and Milos Raonic -- in pulling out of the hard-court tournament held last February and pushed to early January this time as part of a shuffling on both professional tours.

The scheduling changes include the start of the year's first major championship, the Australian Open, delayed three weeks to Feb. 8, and the joint event played at Indian Wells, Calif. -- canceled last year because of the coronavirus outbreak -- giving up its usual March dates without a new spot for it on the schedule as of now.

There are some significant milestones in the offing for stars such as Nadal, Novak Djokovic and Serena Williams in 2021.

Nadal can break a tie with Roger Federer for the most Grand Slam singles titles for a man after matching him with No. 20 at the French Open in October; by March, Djokovic can surpass Federer's record for most weeks at No. 1 in the ATP rankings; and Williams is one Slam singles trophy away from No. 24, which would equal Margaret Court for the most in the sport's history.

More than 12 months will have passed between matches for the 39-year-old Federer by the time he returns from two operations on his right knee. Federer's agent told The Associated Press he is aiming for late February after missing the Australian Open for the first time since his main-draw debut in 2000.

There were only three Grand Slams in 2020, because the All England Club canceled Wimbledon for the first time since World War II.

As of now, Wimbledon is scheduled for its usual place on the calendar, beginning June 28.

The French Open's start got shifted from May to September last year and the number of fans was severely restricted; as of now, it is slotted for May 23.

For the Australian Open, there are lingering questions about flights, hotels and quarantine plans for players and their personnel.

The 2020 Olympics, as they'll still be called, are scheduled to start in July, and two tennis players representing Japan could be breakout stars: AP Female Athlete of the Year Naomi Osaka and Nishikori.

"The Olympics are a special time when the world comes together to celebrate sports. I am looking forward most to being with the athletes that had waited and trained for over 10 years, for celebrating a very hard year [2020], and having that happen in Japan makes it that much more special," Osaka wrote in an email interview. "It's a special and beautiful country filled with culture, history and beauty. I cannot be more excited." 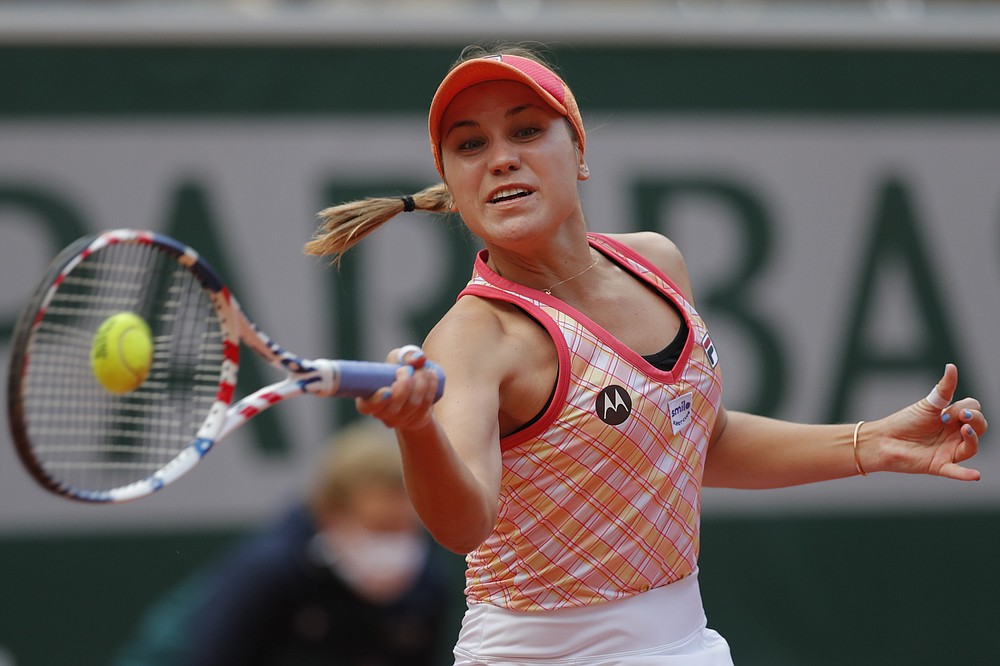 File - In this Oct. 10, 2020, file photo, Sofia Kenin, of the United States, plays a shot against Poland's Iga Swiatek in the final match of the French Open tennis tournament at the Roland Garros stadium in Paris, France. Kenin is the top-seeded woman in Abu Dhabi, where the first women’s tour-level tennis event of 2021 begins main-draw play on Wednesday, Jan. 6, 2021. (AP Photo/Michel Euler, File) 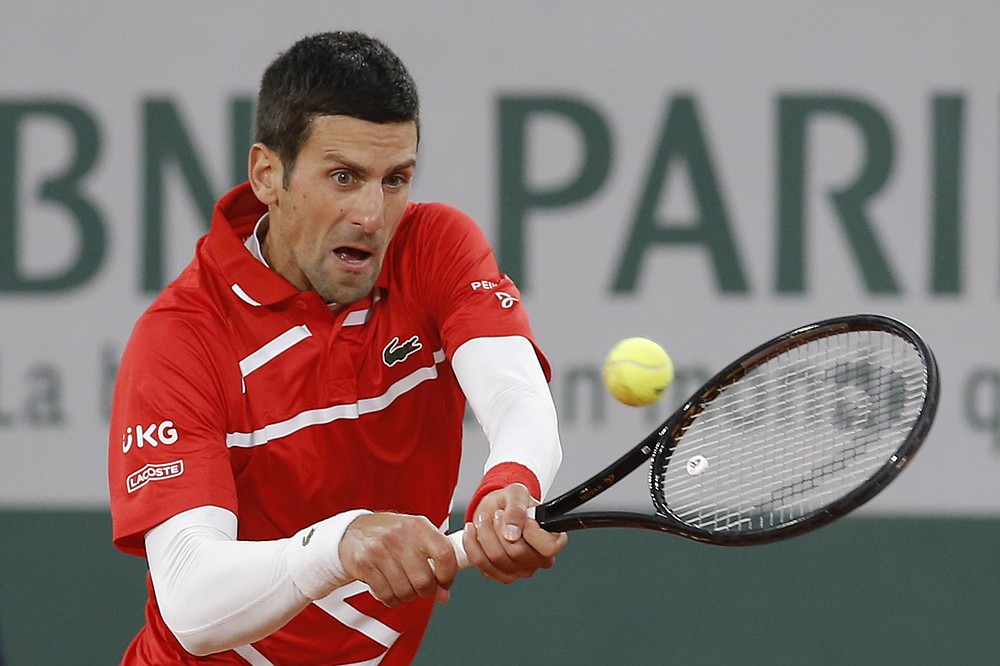 FILE - In this Oct. 11, 2020, file photo, Serbia's Novak Djokovic plays a shot against Spain's Rafael Nadal in the final match of the French Open tennis tournament at the Roland Garros stadium in Paris, France. Djokovic and Rafael Nadal both head into 2021 with some major milestones within reach. Djokovic can surpass Roger Federer’s record for most weeks at No. 1 in the ATP rankings, while Nadal can break his tie with Federer for most Grand Slam singles title for a man, 20. (AP Photo/Michel Euler, File)
ADVERTISEMENT