Forecasters: North Arkansas to get up to 5 inches of snow; rest of state to see rain 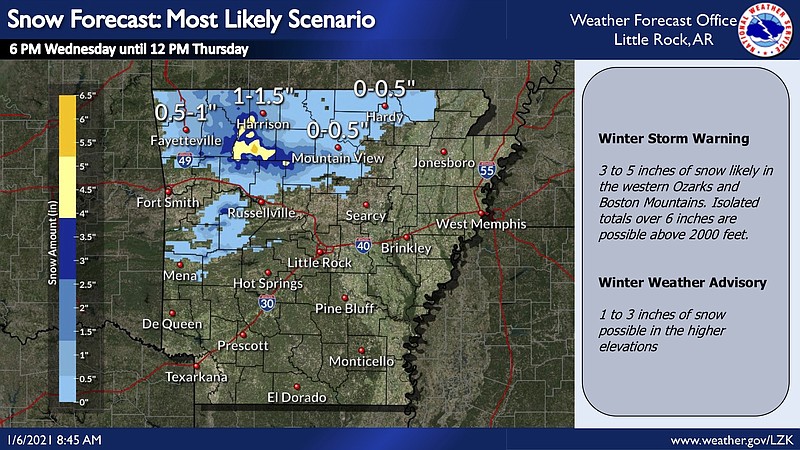 As much as 5 inches of snow is expected to fall in parts of north Arkansas through Thursday, this National Weather Service graphic shows.

A winter storm warning and a winter weather advisory will go into effect Wednesday night for parts of northern Arkansas, where up to five inches of snow is expected to fall through Thursday, according to the National Weather Service.

Snowfall totals in the northwest and north-central parts of the state are predicted to reach up to three inches, while the Ozark and Boston mountains may expect as much as five inches, a briefing by the weather service states. Forecasters predict localized areas with elevation higher than 2000 feet may see upwards of six inches.

Both the warning and advisory are scheduled to go into effect at 6 p.m. 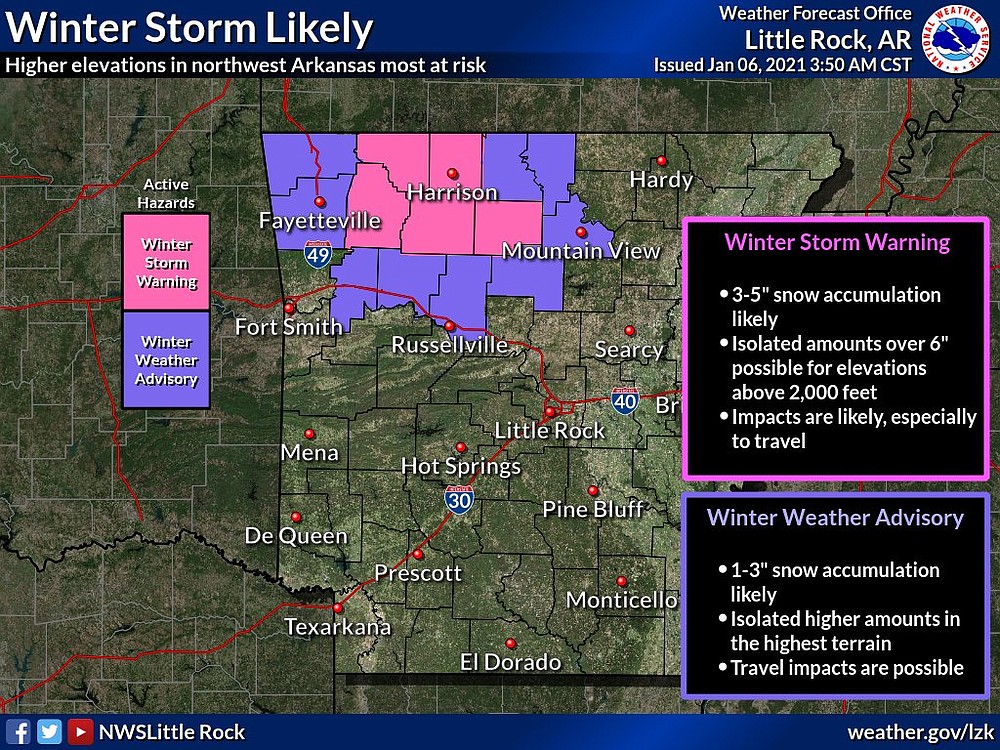 This National Weather Service graphic shows sections of Northwest Arkansas will be under a winter storm warning and winter weather advisory Wednesday evening through Thursday.

The rest of the state can expect heavy rainfall into Thursday, according to the weather service.

Rainfall totals of up to 1.5 inches are predicted through Friday with areas including Texarkana, Prescott, and De Queen predicted to see as much as 3 inches of rain, forecasts show.

The weather service is monitoring a storm system moving through the far southern part of the state Sunday and Monday, which may bring rain or snow to the region.

Should the system go farther south, little to no precipitation will occur, forecasters said. However, if the system heads further north, the potential for snow will increase, according to the weather service. 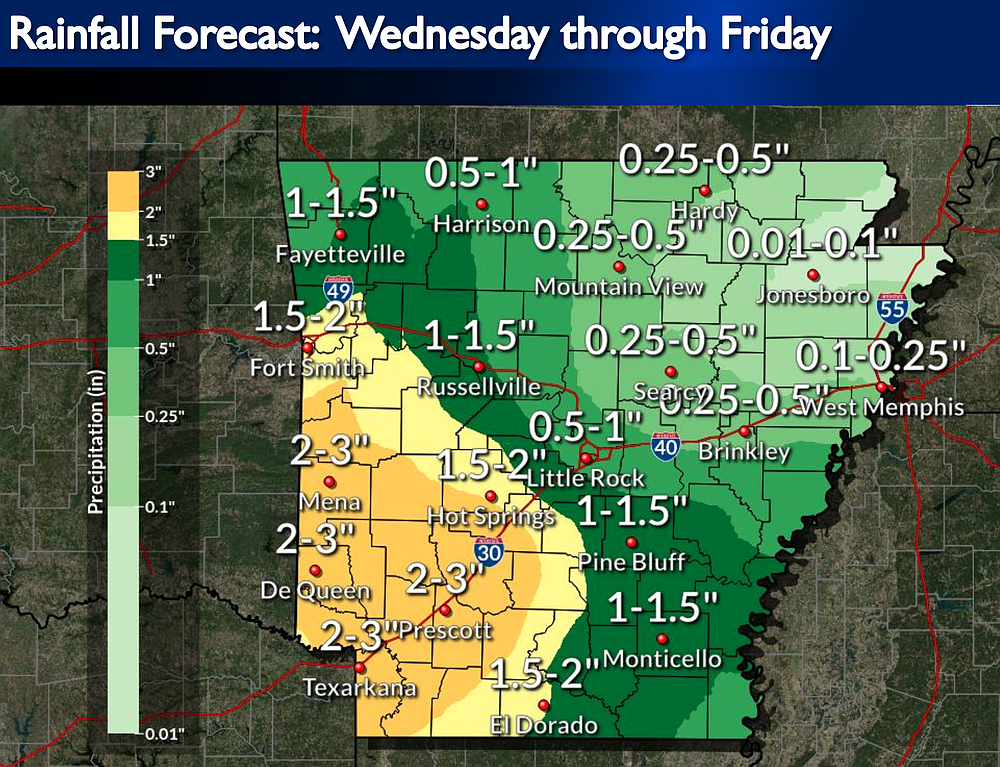 Forecasters predict heavy rainfall across the state Wednesday into Thursday, according to this National Weather Service graphic.
ADVERTISEMENT