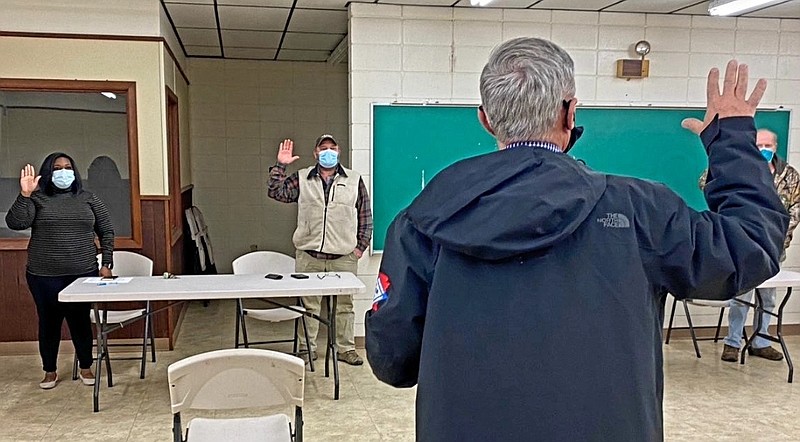 Jalicia Wyatt (left) is sworn in as a city council member for the city of Humphrey on Monday and is the youngest member and the only woman on the 2021 city council. (Special to the Commercial)

Jalicia Wyatt, 32, of Humphrey has made history as the first Black city councilwoman for the city of Humphrey.

Born and raised in Humphrey, Wyatt remembers how vibrant the small community was growing up as a child. A University of Arkansas at Pine Bluff graduate, Wyatt said when she returned home from college, her once-booming community of approximately 500 people was no longer.

The loss didn't discourage Wyatt. Instead, she felt inspired, considering being away from her hometown for years and only losing by a handful of votes. Wyatt began to educate herself more on city government and became very active in her community with feeding programs and events catered toward the youth and families.

Wyatt, who works in Little Rock as a mental health supervisor at United Health Services, and now with children of her own, said she didn't want her community to die. She said she noticed families with young children were scarce as many people were relocating or leaving to go to college and not returning home as she did.

Wyatt sought out the opportunity to run for City Council when she found out her neighbor, former council member Eddie White, would not be seeking reelection.

She also said other council members, as well as her family, pushed her, stating her young, fresh, and innovative ideas could benefit the city. "There were different things in the community I felt could have been done differently," said Wyatt, who added that many Humphrey citizens were complaining. "I attended City Council meetings for two years and realized the people needed a voice."

Wyatt ran and was unopposed. She was sworn in Monday at the Humphrey City Council meeting. Not only was Wyatt the first Black city councilwoman, but she is also the only woman on the 2021 City Council and the youngest.

Willing to take risks, Wyatt said she wanted to show that race or gender doesn't matter and times are changing where diversity is leading the way.

"A lot of times women are afraid. I want people to know I will have a voice," said Wyatt. "Women can say things, stand their ground, and be assertive. If I bring something to the table, I expect it to have the same level of respect and attention as anyone else."

Wyatt said she is ready to get her boots on the ground, beginning with the small things that she feels matter in a big way. "There is not a rim on the goal at our park so the kids can't even play basketball," she said. "I want to revive our park, update it with equipment and activities that will draw families."

Wyatt also wants to take more advantage of the Humphrey Community Center and use it to implement more programs for the elderly population. She also has plans to bring in programs and events that will generate revenue for the city. "Once covid-19 recedes, I would like to do something that involves all ages," she said. "I want people to feel there is something to do here versus having to go to Stuttgart or Pine Bluff."

The possibilities for Humphrey are endless for Wyatt as she is eager to learn and grow as a City Council member. She said she wants to be the change in her community, and now she said she has the opportunity to take it a step further.

"I ran because I want to see my community grow and I want to try to be apart of reviving this community by bringing revenue into the city," said Wyatt. "Growing up we had things to do and I want to bring new ideas to get the people involved here in Humphrey." 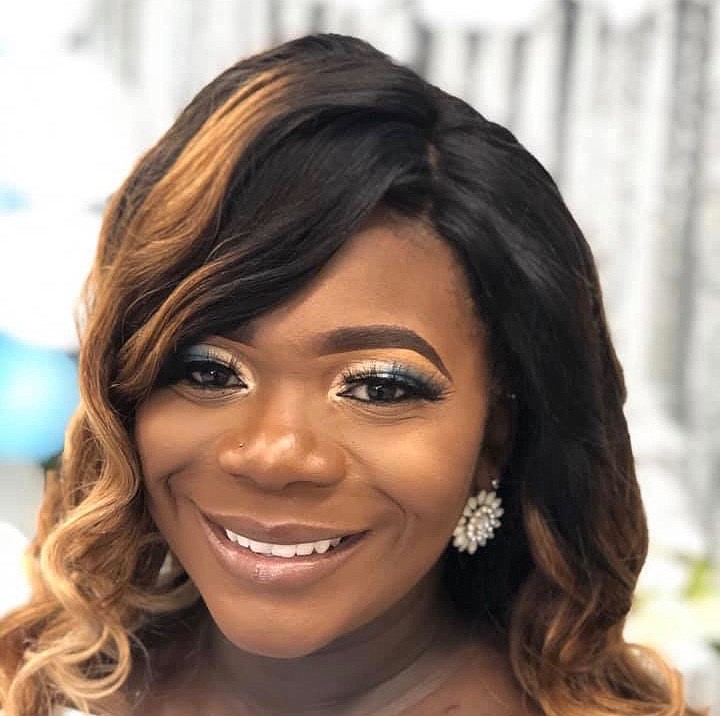 Jalicia Wyatt, 32, of Humphrey made history Monday night as the first Black city councilwoman for the city of Humphrey. (Special to the Commercial)
ADVERTISEMENT