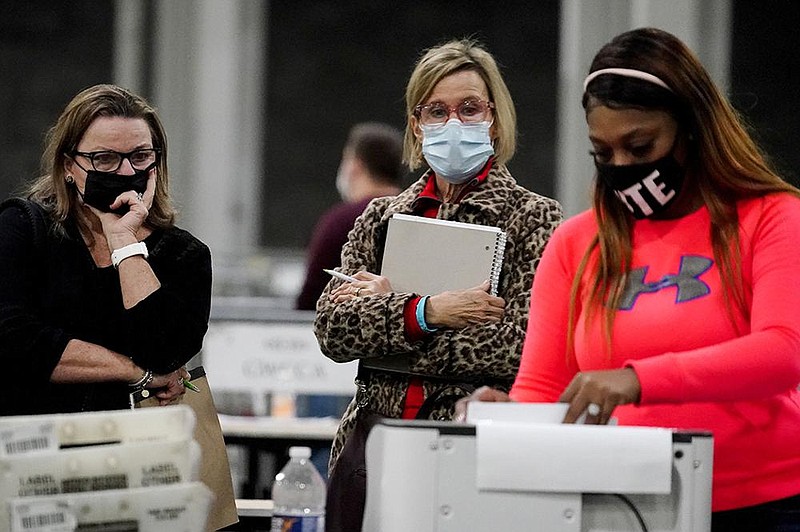 ATLANTA -- Democrats won both Georgia Senate seats -- and with them, the U.S. Senate majority -- as final votes were counted Wednesday, improving the fate of President-elect Joe Biden's progressive agenda.

Warnock, who served as pastor for the same Atlanta church where civil-rights leader the Rev. Martin Luther King Jr. preached, becomes the first Black American from Georgia elected to the Senate. And Ossoff becomes the state's first Jewish senator and, at 33 years old, the Senate's youngest member.

The Democrats' twin victories in Georgia represented a striking shift in the state's politics. They also cemented the transformation of Georgia, once a solidly Republican state, into one of the nation's premier battlegrounds.

The results of the Georgia Senate races will reshape the balance of power in government. Although the Democrats will have the thinnest of advantages in the House and the Senate, where Vice President-elect Kamala Harris will break the 50-50 tie, they will control the committees as well as the legislation and nominations brought to the floor. That advantage will pave the way for at least some elements of Biden's agenda.

[Video not showing up above? Click here to watch » https://www.youtube.com/watch?v=RnAbPY819q0]

"For the first time in six years, Democrats will operate a majority in the United States Senate -- and that will be very good for the American people," Sen. Charles Schumer of New York, who will become the new majority leader, said at a celebratory news conference in the Capitol.

In an address early Wednesday, Warnock vowed to work for all Georgians whether they voted for him or not, citing his personal experience with the American dream. His mother, he said, used to pick "somebody else's cotton" as a teenager.

"The other day, because this is America, the 82-year-old hands that used to pick somebody else's cotton picked her youngest son to be a United States senator," he said. "Tonight, we proved with hope, hard work and the people by our side, anything is possible."

Loeffler, who remains a senator until the results of Tuesday's election are finalized, returned to Washington on Wednesday morning to join a small group of senators planning to challenge Congress' vote to certify Biden's victory. She didn't get a chance to vocalize her objection before violent protesters stormed the Capitol.

Georgia's other runoff election pitted Perdue, a 71-year-old former business executive who held his Senate seat until his term expired Sunday, against Ossoff, a former congressional aide and journalist.

Trump's claims of voter fraud cast a shadow over the runoff elections, which were held because no candidate hit the 50% threshold in the general election. He raised the prospect of voter fraud as votes were being cast and likened the Republicans who run Georgia's election system to "chickens with their heads cut off" during a Wednesday rally in Washington.

Gabriel Sterling, a top official with the Georgia secretary of state's office and a Republican, said there was "no evidence of any irregularities."

[Survey results not showing up above? Click here to view » arkansasonline.com/16georgia/]

"The biggest thing we've seen is from the president's fertile mind of finding fraud where none exists," he said.

The Republican coalition backing Loeffler and Perdue closely resembles the one that narrowly handed Georgia's Electoral College votes to Biden in November, making him the first Democratic presidential candidate to win the state in almost three decades.

Election officials across the country, including the Republican governors in Arizona and Georgia, as well as Trump's former attorney general, William Barr, have confirmed that there was no widespread fraud in the November election. Nearly all the legal challenges from Trump and his allies have been dismissed by judges, including two tossed by the Supreme Court, where three Trump-nominated justices preside.

Publicly and privately, some Republicans acknowledged that Trump's monthslong push to undermine the integrity of the nation's electoral system may have contributed to the GOP's losses in Georgia.

"It turns out that telling the voters that the election was rigged is not a great way to turn out your voters," said Utah Sen. Mitt Romney, a Republican and a frequent Trump critic.

Sterling blamed Trump for the Republicans' defeat, accusing the president of sparking "a civil war within a GOP that needed to be united to get through a tough fight like this."

Sterling, a former Republican political operative who worked on President George H.W. Bush's reelection campaign in 1992, added that before Ossoff was declared the winner in his race, the president had spent more time attacking Republican officials in Georgia "than he did Raphael Warnock and, probably, Senator-to-be Ossoff."

Even with Trump's claims, voters in both parties were drawn to the polls because of the high stakes.

"Georgia's first Black senator will make the [Senate] chamber more reflective of our country as a whole and open the door for a Congress that can forego gridlock for gridlock's sake to focus instead on the many crises facing our nation," Obama said.

No recount was expected in the Warnock-Loeffler race, Sterling said. And with thousands of votes remaining to be counted -- mostly from heavily Democratic and Democratic-leaning counties around Atlanta -- he said that Ossoff's lead would also most likely grow beyond the margin of half a percentage point that would trigger a recount. 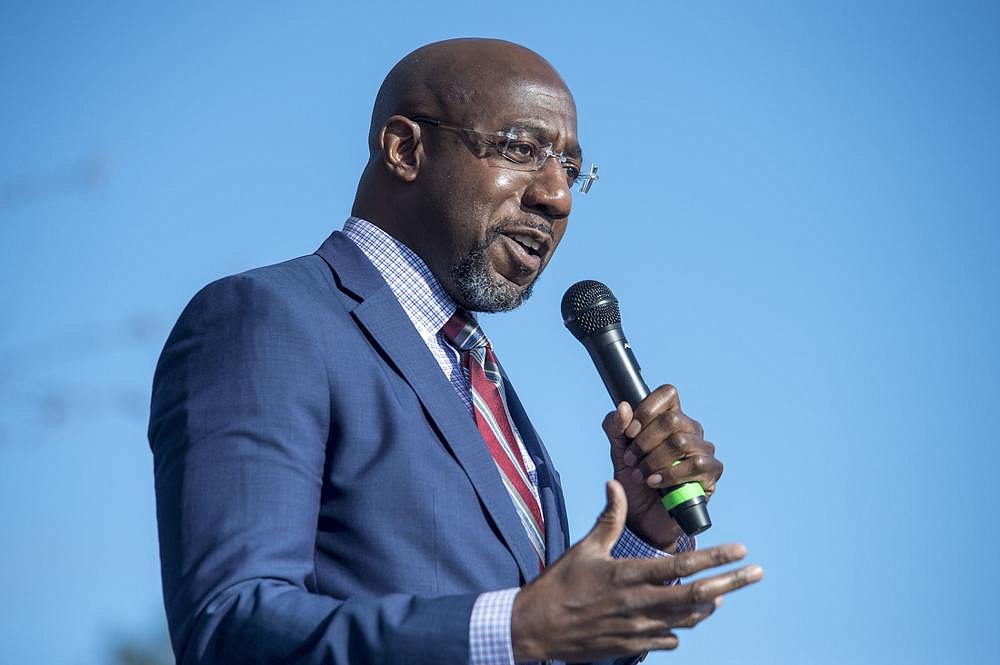 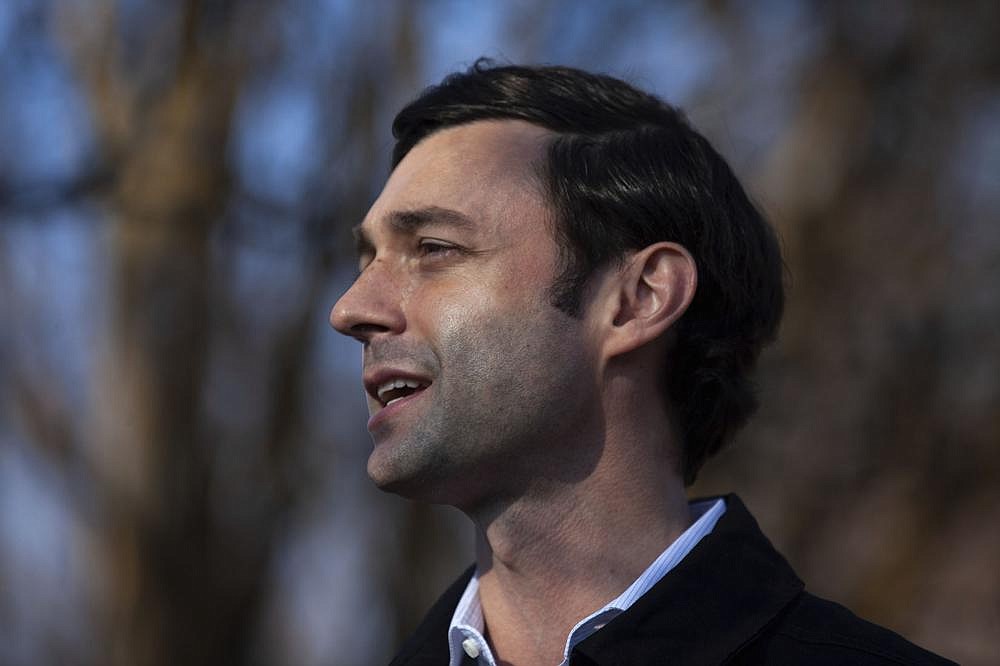 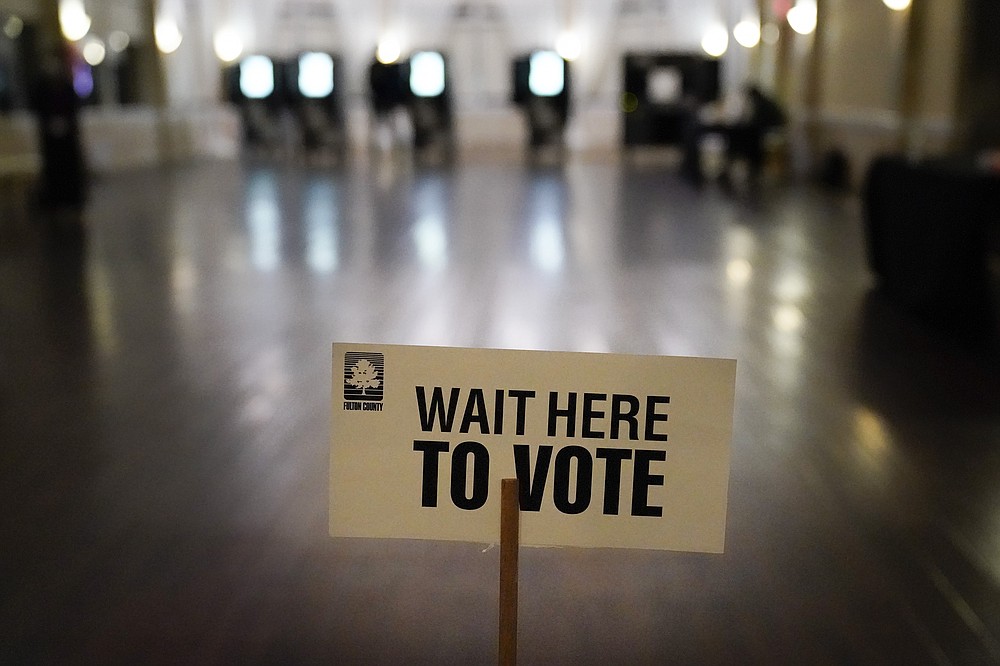 A sign is displayed for voters to guide the way at a precinct during Georgia's Senate runoff elections on Tuesday, Jan. 5, 2021, in Atlanta. (AP Photo/Brynn Anderson) 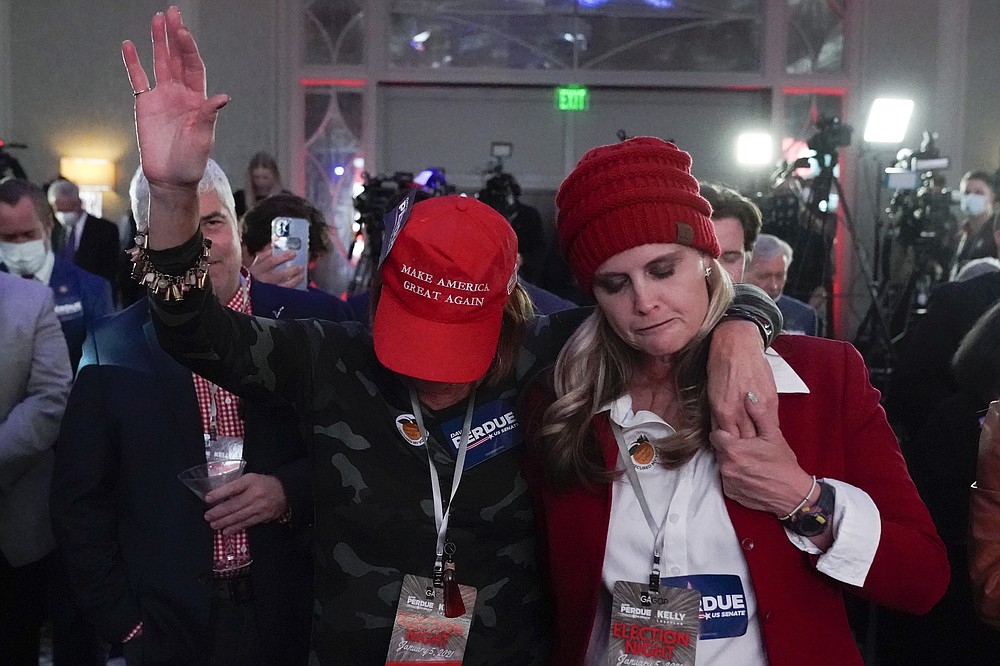 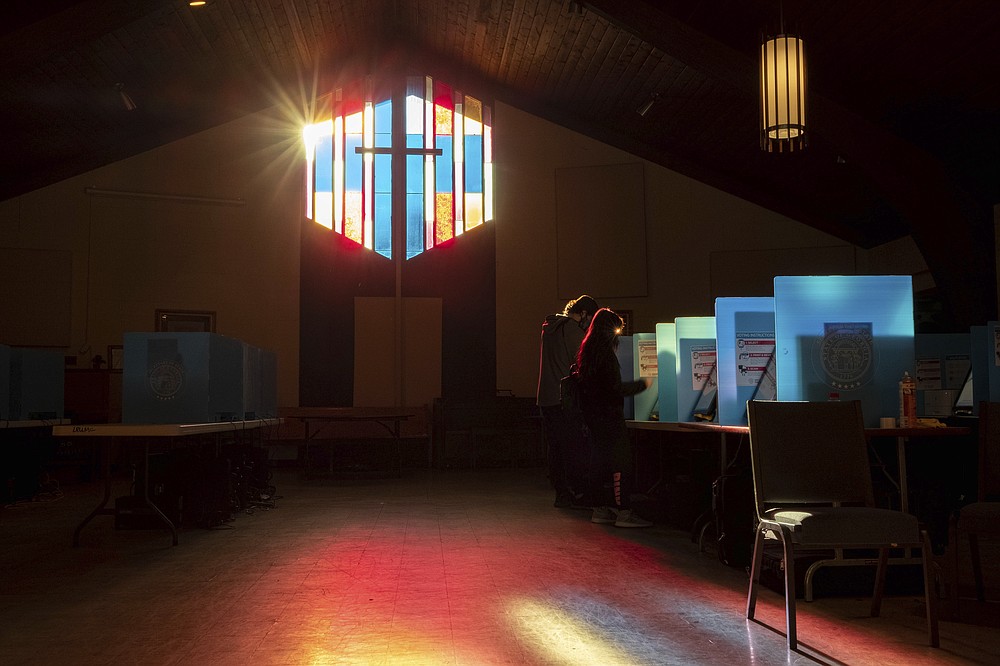 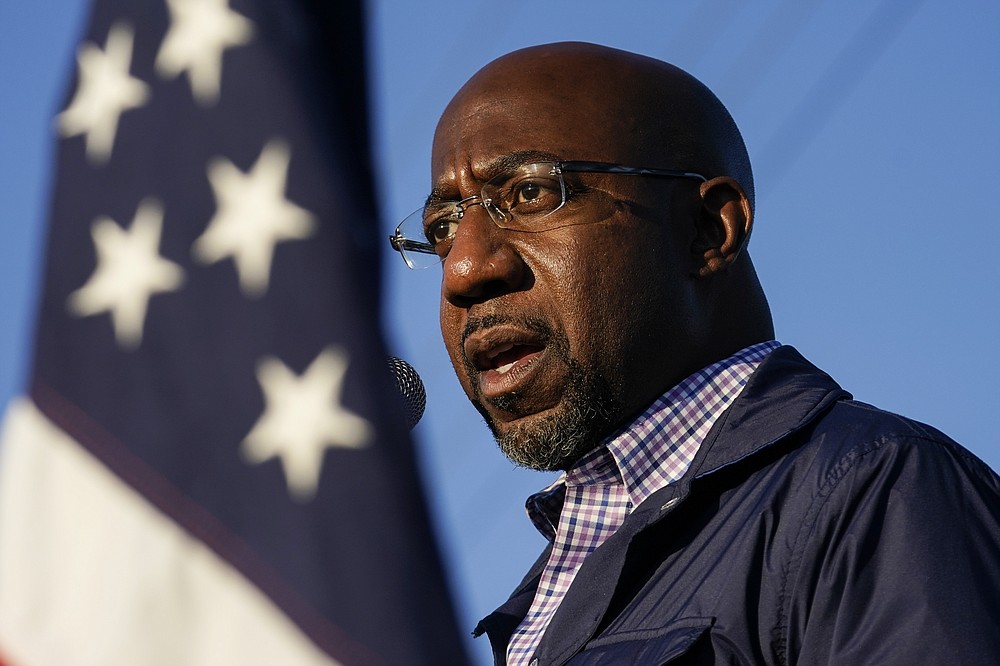 FILE - In this Nov. 15, 2020, file photo Raphael Warnock, a Democratic candidate for the U.S. Senate, speaks during a campaign rally in Marietta, Ga. As the head of the Atlanta church where Martin Luther King Jr. preached, Warnock has not shied away from impassioned sermons and forceful advocacy on behalf of the poor and disadvantaged. The 51-year-old now wants to take that progressive platform to the U.S. Senate. He is running to unseat one of Georgia's Republican senators, Kelly Loeffler, in the Jan. 5 race. (AP Photo/Brynn Anderson, File) 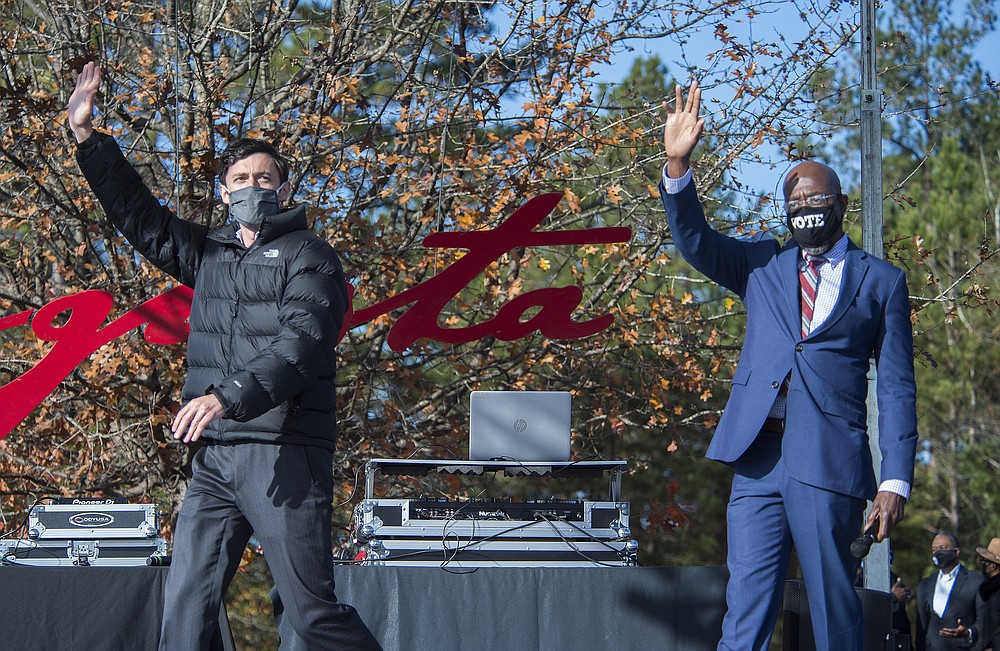 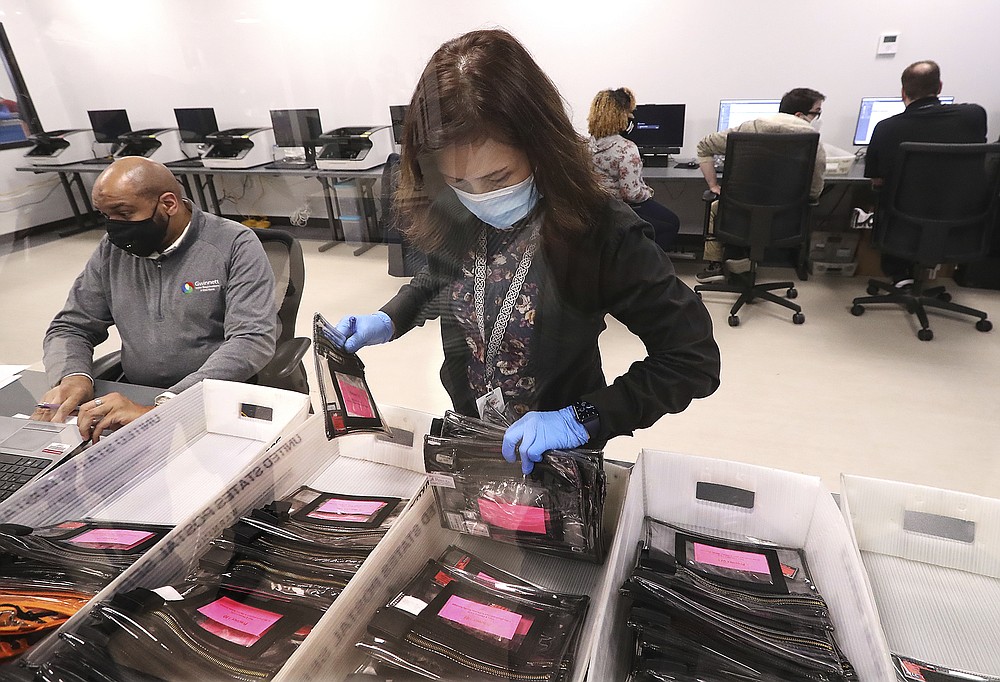 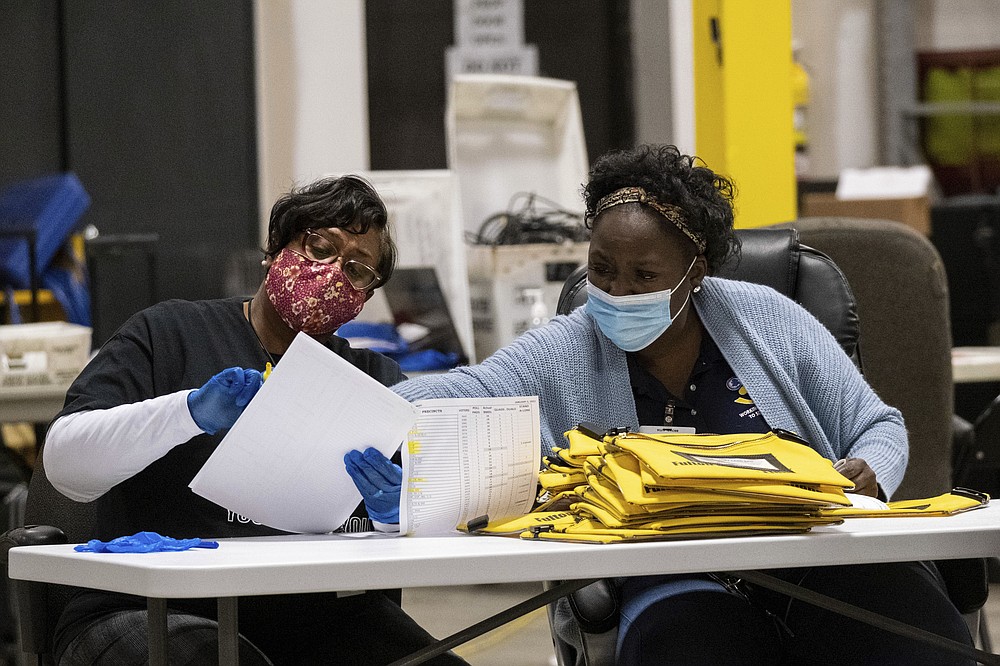 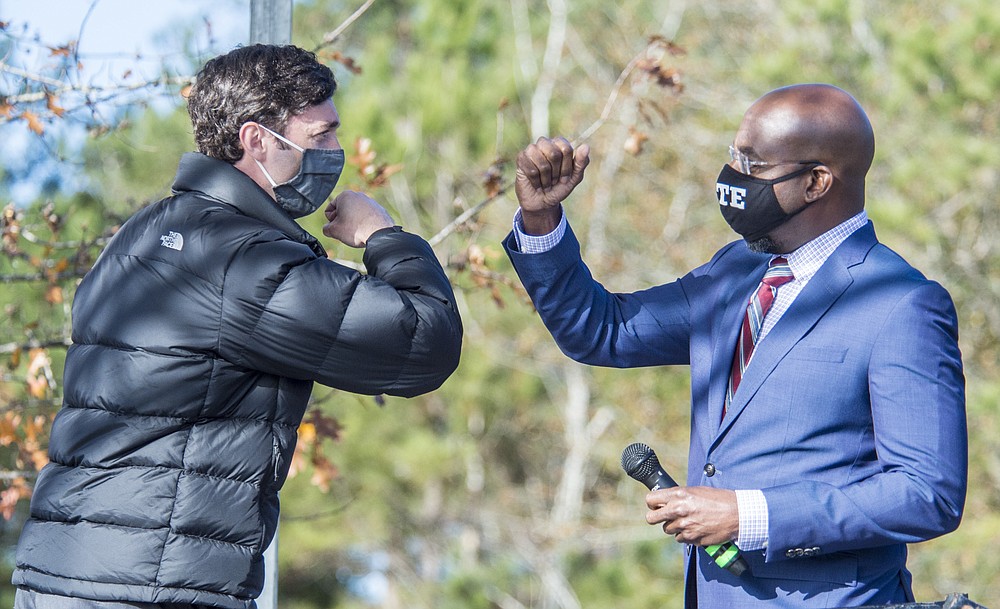 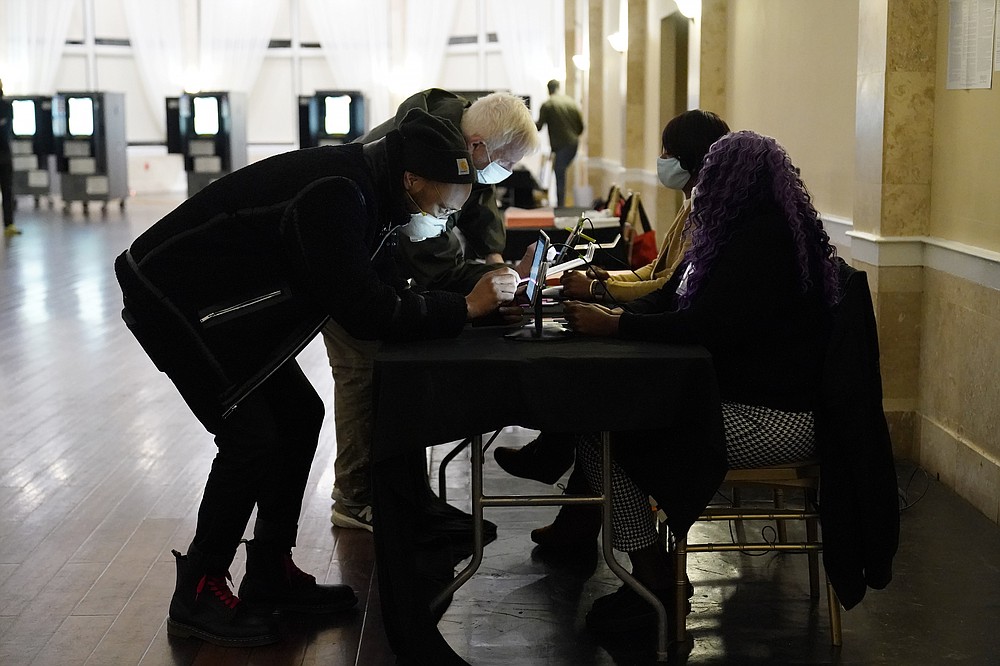