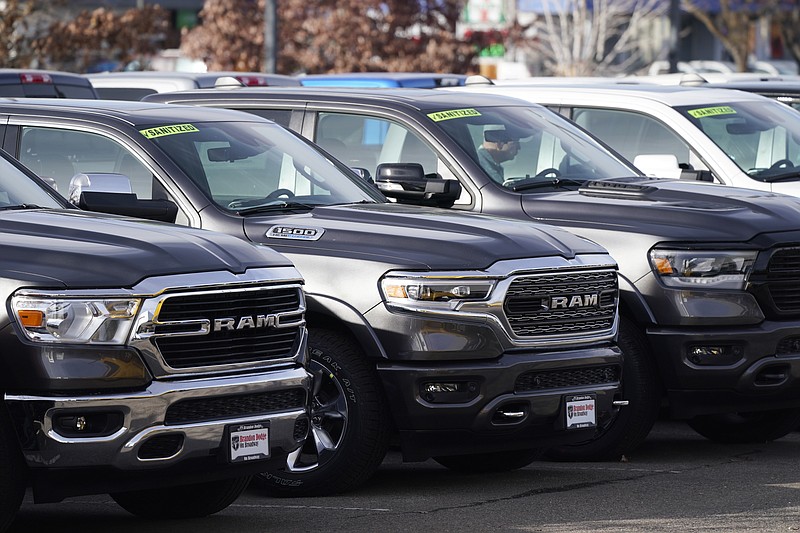 The mileage decrease is noted as Americans continue to buy SUVs and trucks, and shift away from more efficient vehicles.

The Environmental Protection Agency says the changes show that few automakers could meet what it called unrealistic emissions and mileage standards set by President Barack Obama's administration through the 2020 model year.

But environmental groups say automakers used loopholes and stopped marketing fuel-efficient cars and electric vehicles knowing that the Trump administration was about to roll back mileage and pollution standards.

Mileage dropped to 24.9 miles per gallon while greenhouse gas emissions rose to 356 grams per mile, the report said.

To comply with the Obama-era standards, which the Trump administration rolled back starting with the 2021 model year, 11 of 14 major automakers had to rely on credits from previous years or those purchased from companies with more zero emissions vehicles, the EPA said.

EPA Administrator Andrew Wheeler said in a prepared statement Wednesday that the agency has set realistic standards "that will reduce emissions as well as vehicle costs and maintain consumer choice going forward."

But environmental groups said the falling mileage and rising pollution are the outgrowth of Trump's rollbacks.

"Even before President [Donald] Trump slammed on the brakes when he rolled back mileage-and-emissions standards, the EPA report shows, the auto companies had failed to cut pollution and improve fuel efficiency," said Dan Becker, director of the Safe Climate Transport Campaign at the Center for Biological Diversity.

Jeff Alson, a former EPA engineer, said mileage worsened because consumers are moving toward bigger SUVs and trucks. But the Obama-era standards forced the industry to make those vehicles more efficient.

"If we hadn't had the Obama standards ... then these numbers would all be much worse," Alson said. "We would be going backward every year, not just this year."

Generally, cars are more efficient than trucks and SUVs because they sit lower and are more aerodynamic. But automakers say U.S. consumers like higher-sitting SUVs and trucks, especially when gasoline prices remain low.

Of the 14 major automakers, only Tesla, Honda and Subaru met emissions standards for the 2019 model year, the EPA report stated. Detroit automakers Fiat Chrysler, Ford and General Motors emitted the most pollution, largely because they sell more full-size pickups and SUVs than other manufacturers.

Information for this article was contributed by Ellen Knickmeyer of The Associated Press.

CORRECTION: The Environmental Protection Agency reported that gas mileage for new U.S. vehicles decreased and pollution increased in model year 2019 for the first time in five years. An earlier version of this article incorrectly described the change in mileage.