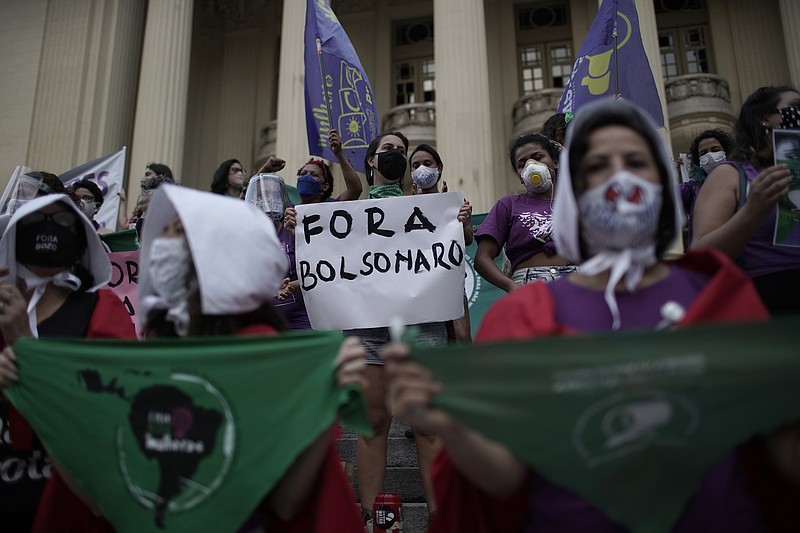 FILE - In this Sept. 28, 2020 file photo, an abortion-rights protester holds a sign that reads in Portuguese "Get out Bolsonaro" directed at Brazilian President Jair Bolsonaro during a demonstration marking the "Day for Decriminalization of Abortion in Latin America and the Caribbean," outside the state legislative assembly in Rio de Janeiro, Brazil, Monday, Sept. 28, 2020. Backed by Brazilian conservatives and evangelicals, lawmaker-turned-President Bolsonaro has said that if Congress legalized abortion, he would veto. (AP Photo/Silvia Izquierdo, File)

RIO DE JANEIRO -- With her 21st birthday fast approaching, Sara left the home she shares with her mother for her first trip on a plane. She didn't tell her family the real reason she'd taken out a loan for $1,000.

Two days later and several hundred miles away, a 25-year-old woman packed a backpack in her one-bedroom Sao Paulo apartment and left for the airport with her boyfriend.

Both women were bound for the Argentine capital, Buenos Aires, seeking something forbidden in Brazil: an abortion.

"Having a child that I don't want, and have no conditions to raise, and being obliged, would be torture," Sara said in Sao Paulo's airport as she prepared to sleep on a bench near the check-in counter the night before her connecting flight.

"What has helped me since I discovered I was pregnant is that I have a chance. I still have an alternative. That leaves me feeling more secure," said the woman, who lives in the interior Brazilian city of Belo Horizonte and asked that only her first name be used because of the stigma associated with abortion in Brazil.

Both women are part of a trend among Brazilian women without means who, to dodge risks and legal obstacles in Latin America's most populous country, have sought abortions elsewhere in the region. They didn't even need passports to enter Argentina because of a trade agreement.

Their trips came just two weeks before the Dec. 30 passage of landmark legislation legalizing abortion in Argentina -- the largest Latin American nation to do so. It underscores not only how Argentina's progressive social policy diverges from Brazil's conservative one, but also the likelihood that more Brazilian women will seek abortions in the neighboring nation.

"With the changes in legislation in Latin America, women don't need to go to the U.S., don't need a visa to get an abortion," said Debora Diniz, a Latin American studies researcher at Brown University who has extensively studied abortion in the region.

Sara said she couldn't risk the possibility of buying counterfeit abortion pills or undergoing a dangerous backdoor procedure in Brazil. She feared injury, death or a failed abortion resulting in complications. Getting caught could even mean jail.

An Argentine health ministry protocol provided legal leeway for Sara's Dec. 14 abortion as long as she signed a statement citing the "health risk" the pregnancy posed. The policy was based on the World Health Organization's definition of health: "A state of complete physical, mental and social well-being and not merely the absence of disease or infirmity."

Still, some doctors refused abortions anyway, said Dr. Viviana Mazur, who leads the sexual health group of the Argentine Federation of General Medicine. The new law allows abortions up to the 14th week of pregnancy.

"The law will give more autonomy and dignity to women," Mazur said. "So they don't have to say 'please,' ask permission, nor forgiveness."

There hasn't been any echo in Brazil's Congress, where about 15% of lawmakers are women.

Brazilian law has remained virtually unchanged since 1940, permitting abortions only in cases of rape and danger to the woman's life. A Supreme Court ruling in 2012 also allowed abortions when the fetus has anencephaly. Since President Jair Bolsonaro took office in January 2019, lawmakers have introduced at least 30 bills seeking to tighten laws, according to the watchdog group Women in Congress.

In 2018, a health ministry official said the government estimated some 1 million induced abortions annually, with unsafe procedures causing more than 250,000 hospitalizations and 200 deaths.

The Sao Paulo woman who traveled to Argentina for an abortion last month grew up in a Rio de Janeiro slum, or favela, where she frequently saw unplanned pregnancies derail women's lives, burdening them with responsibilities and making it even harder to have careers or social mobility.

She was able to leave the favela after landing a secure job, and is studying for a career in a medical field. In doing so, she became "the pride of my parents," said the woman, who asked that her name not be used because she feared professional consequences and because abortion is illegal in Brazil.

Raised in a devout evangelical family, the woman said having an abortion in Brazil meant running afoul of both her God and national law. Of the two, she believed God could forgive her, so she looked abroad.

That way, she said, "no one will be able to accuse me of committing a crime."

Both women turned for help to the Brazilian nonprofit Miles for Women's Lives, founded by screenwriter Juliana Reis and Rebeca Mendes, who became a pioneer in 2017 when she publicly announced she would travel outside Brazil for an abortion. The group helped the first woman travel abroad in November 2019, and another 59 had followed by the end of last year. The total includes 16 women who went to Argentina in November and December.

Information for this article was contributed by Yesica Brumec of The Associated Press. 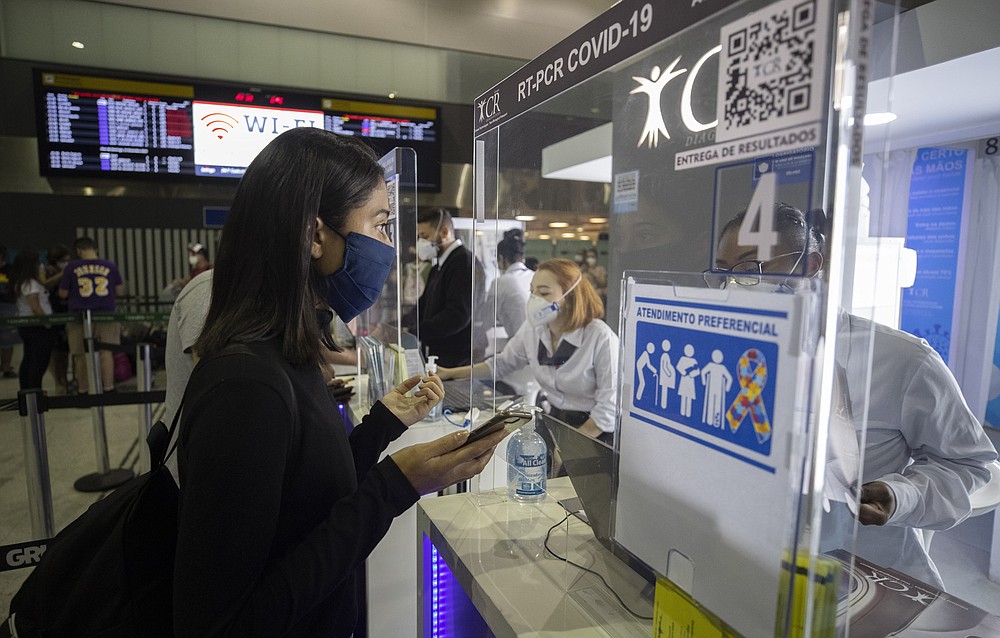 Sara asks a health worker about COVID-19 tests in the Guarulhos airport, near Sao Paulo, Brazil, a country where abortion is illegal, as she waits for her connecting flight to Buenos Aires, Argentina, where she is traveling to undergo the procedure, Saturday, Dec. 12, 2020. Brazilian women without means have started seeking abortions elsewhere in Latin America to dodge risks and legal obstacles in the region's most populous country. (AP Photo/Andre Penner) 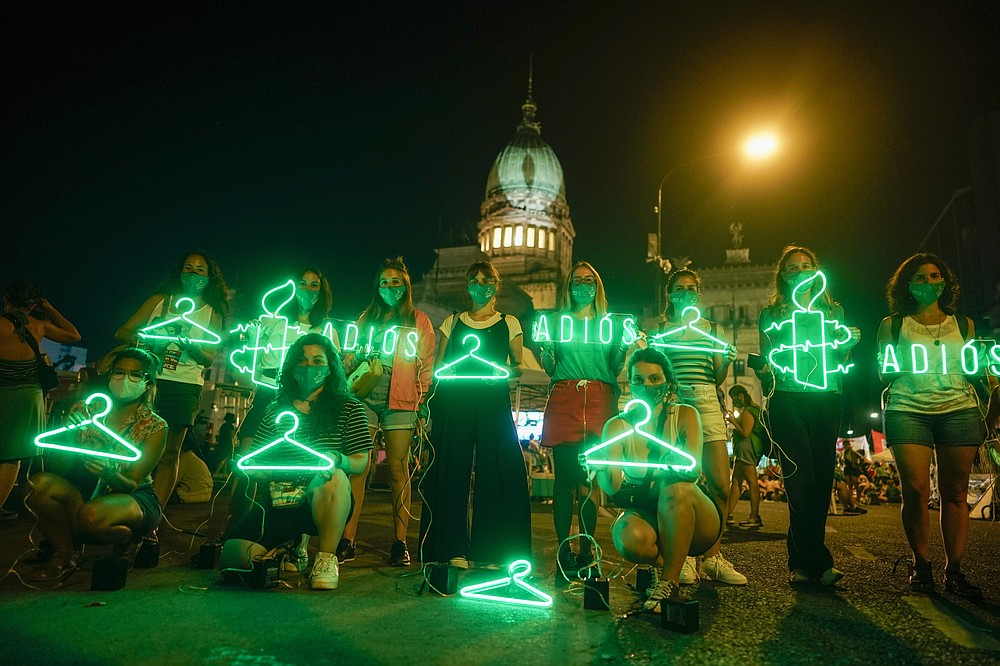 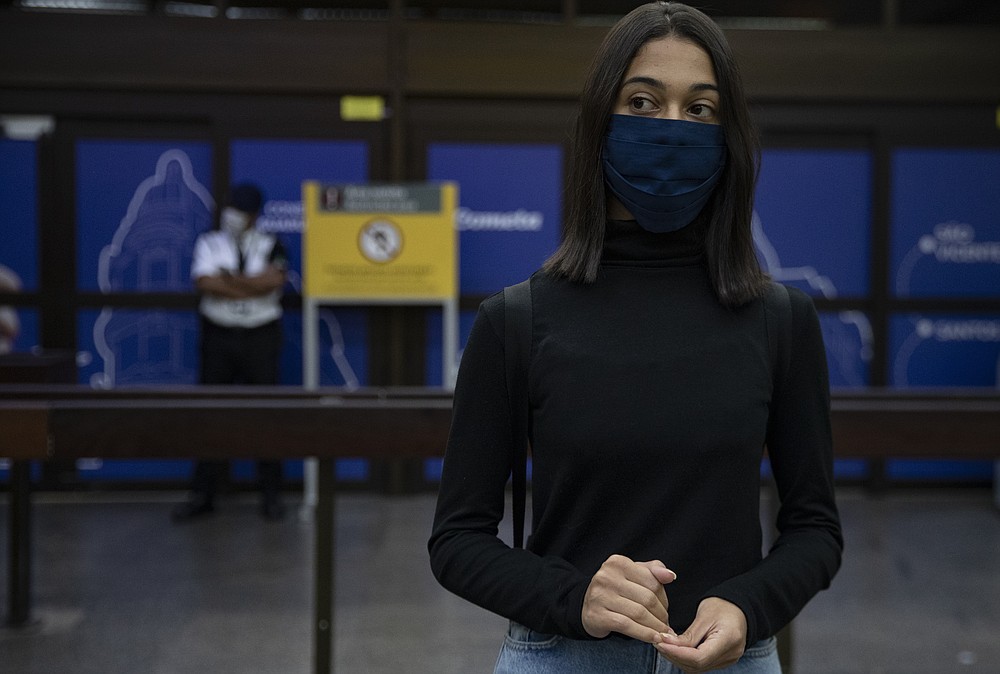 Sara stands at the Guarulhos airport near Sao Paulo, Brazil, a nation where abortion is illegal, waiting for her connecting flight to Buenos Aires, Argentina, where she is traveling to undergo the procedure, Saturday, Dec. 12, 2020. Brazilian women without means have started seeking abortions elsewhere in Latin America to dodge risks and legal obstacles in the region's most populous country. (AP Photo/Andre Penner) 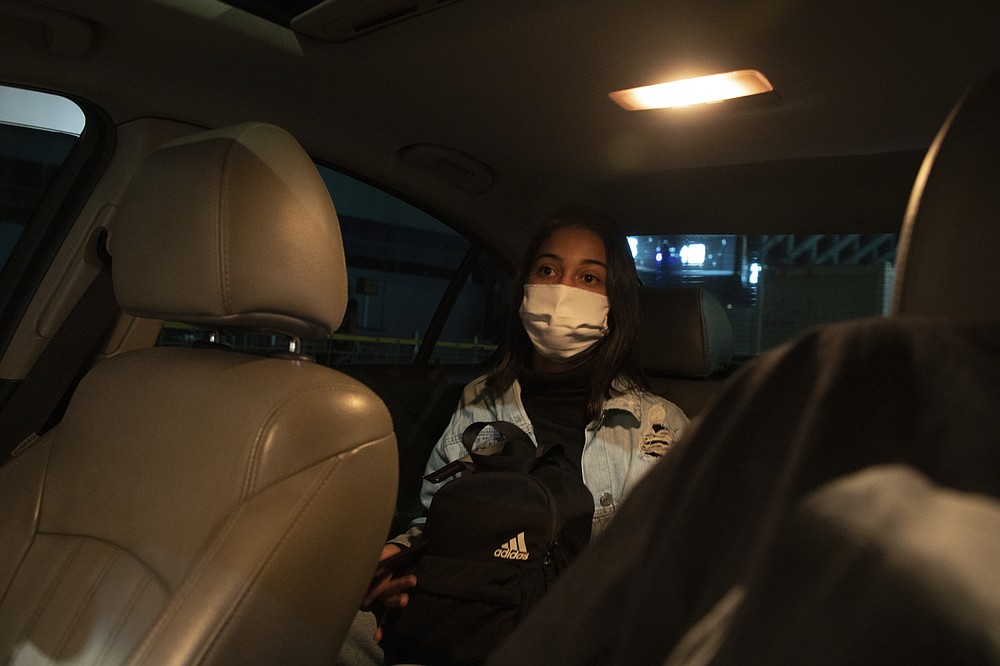 Sara leaves Ezeiza airport in a car upon arrival to Buenos Aires, Argentina, Sunday, Dec. 13, 2020, after flying in from Brazil. Brazilian women without means have started seeking abortions elsewhere in Latin America to dodge risks and legal obstacles in the region's most populous country. (AP Photo/Emiliana Miguelez)
ADVERTISEMENT