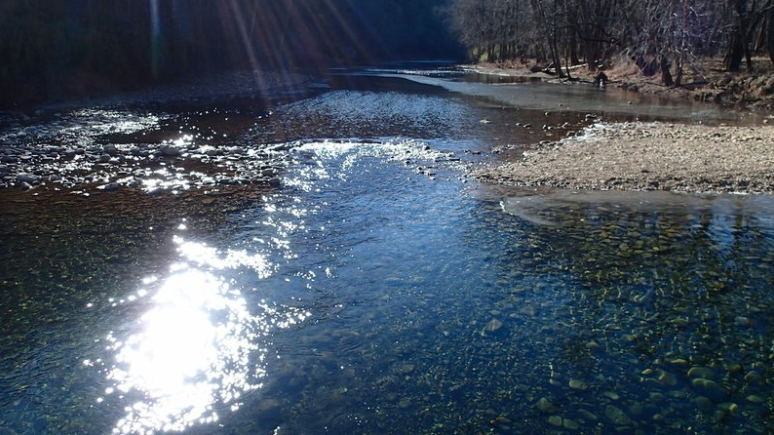 The Buffalo River Conservation Committee listened to several proposals from organizations that applied for further assistance from the committee's remaining project funds during its meeting Thursday afternoon.

Around $167,400 remain of the $1 million allotted to support grants and projects within the Buffalo River Watershed, said Arkansas Agriculture Secretary Wes Ward, who led the meeting.

The $1 million was transferred Nov. 15, 2019, from the governor's discretionary fund to an Arkansas Department of Agriculture account for projects like voluntary best management practices for farmers and landowners; improvements to wastewater and septic systems for cities and counties within the watershed; and reduction of sediment runoff from unpaved roads within the watershed, according to the committee's 2020 report.

The committee had asked for applications from anyone seeking such funding in early November. It received 10 applications by its Dec. 15 deadline.

All applicants were sent an email about the meeting and opportunity to present, said Amy Lyman, director of marketing and communications at the Arkansas Department of Agriculture. Five applicants attended and presented at Thursday's meeting.

Darryl Treat, executive director of the Searcy County Chamber of Commerce, proposed using some of the funds to buy trees to plant.

"I felt I was encouraged to make a submission," he said. "If the committee doesn't see fit for our proposal, that's totally OK ... I think we can press ahead with our own resources and go ahead and plant some trees regardless."

The committee discussed the possibilities of nursery and large tree purchases, as well as possibly distributing trees to homeowners in the county. With $2,500, matched by the Arkansas Forestry Commission, about 20 trees could be put in at a recently completed park lake.

"That would be a pretty good start," commission forester Mike Mowery said in the meeting. "We would be happy to provide some guidance, make a plan and give some suggestions on species and planning sites."

The county also started tree-planting efforts at the Berry Shed property. Treat said he would like to continue planting trees that enhance the natural beauty of the area.

One of the best ways to help water quality is to plant trees, committee member Richard McMullen said.

With the rest of the four proposals, some committee members spoke to presenters about better possible funding sources for their projects. Ben Milburn, committee member and owner of Buffalo River Outfitters, expressed concerns about going outside the intention of the committee. He suggested that funding efforts should go to directly helping local farmers through education efforts or other means.

Biologist Billy Justus from the U.S. Geological Survey asked the committee for $132,000 to extend his team's study of filamentous algae to September 2022 to have five years of data.

Algae blooms could be contributing to the water quality declining over an extended time. A long-term study is also needed because public use of the river has increased dramatically and land use in the watershed has been changing.

The project has cost about $100,000 a year and has run out of its funding from other sources, Justus said. He is asking for the minimum needed to conduct a necessary, long-term study, he said.

"We don't have the option of working forward without any funding. Data collection will stop," he said. "We are constantly looking for opportunities, but we don't have anything that would allow us to continue for sure."

Jasper Mayor Jan Larson proposed a $120,000 grant that would help buy the historic and currently vacant Buffalo Theater to turn it into an information center and public restrooms.

The town of about 500 residents relies heavily on tourism. Currently, the city has no public restrooms, creating a waste management issue.

"Tourism is the lifeblood for our economy and they love our area. ... Without positive management, the river as we know it could quickly be destroyed," Larson said. "I'm hoping we can add something to stopping this at the source rather than having to deal with it once it's in the river."

If given the funds, Larson said, the public restrooms could be ready by spring. There may also be room for vendors or other services that will support tourism, she said.

Robert Byrd with the U.S. Department of Agriculture Animal and Plant Health Inspection Service Wildlife Services made a $100,000 request to aid in managing feral hogs -- an invasive species in Arkansas. These hogs cause around $1.5 billion in damage nationally and $19 million damage in Arkansas, Bryd said.

Members agreed that feral hog management is an important issue but again voiced concerns about if it was the right organization to help fund those efforts.

Amit Sinha, University of Arkansas at Pine Bluff assistant professor, asked for funds to work on better treatments for algae booms. He said algaecide can harm beneficial types of algae as well as detrimental types.

He said he has had some success on a small scale with lowering the phosphorous ratio to better address the issue. However, it seemed too soon in the experimental process for many committee members, they said.

"I hope you continue this work," said Stacy Hurst, secretary of Parks, Heritage and Tourism.