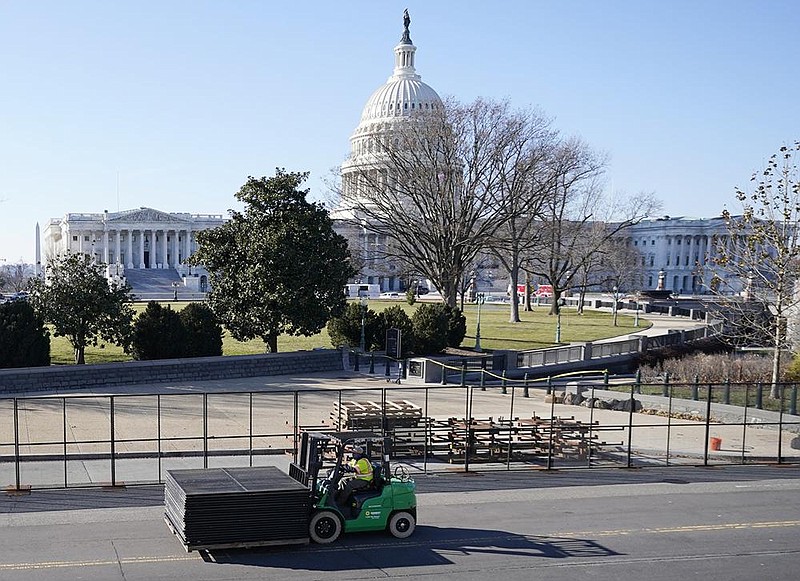 Fencing goes up Thursday morning around the U.S. Capitol grounds in the aftermath of Wednesday’s violence. For John Costello, a senior U.S. cybersecurity official who resigned Wednesday, the violence was his “breaking point.” He told associates he hoped it was “a wakeup call.” More photos at arkansasonline.com/18cabinet/. (AP/Julio Cortez)

Several Trump administration officials have announced that they are resigning after a mob of Trump supporters stormed the Capitol on Wednesday, temporarily disrupting Congress as it was certifying Joe Biden's Electoral College victory.

Those resigning included some in prominent positions in the White House and staff members who have worked in the Trump administration since the beginning of the president's term in 2017.

A few of the resignations came hours after President Donald Trump openly encouraged his supporters to go to the U.S. Capitol to protest what he has claimed was a stolen election.

The resignations, including that of Transportation Secretary Elaine Chao, are coming with less than two weeks remaining in Trump's term.

Chao is the wife of Senate Majority Leader Mitch McConnell, R-Ky., and has served in the Cabinet all four years of Trump's term.

[Video not showing up above? Click here to watch » https://www.youtube.com/watch?v=8kvYFe_0NoA]

She revealed her decision to her staff early Thursday afternoon, according to two individuals familiar with her plans who spoke on the condition of anonymity.

"Yesterday, our country experienced a traumatic and entirely avoidable event as supporters of the President stormed the Capitol building following a rally he addressed. As I'm sure is the case with many of you, it has deeply troubled me in a way that I simply cannot set aside," Chao wrote in a draft email to the staff.

Education Secretary Betsy DeVos followed. In her resignation letter Thursday, DeVos blamed Trump for inflaming tensions in the violent assault on the seat of the nation's democracy. "There is no mistaking the impact your rhetoric had on the situation, and it is the inflection point for me," she wrote.

In an interview with CNBC on Thursday morning, Mulvaney said he called Secretary of State Mike Pompeo on Wednesday night and told him: "I can't do it. I can't stay."

Mulvaney praised administration officials who defended Vice President Mike Pence, who despite pressure from Trump, oversaw the tallying of the votes that certified Biden's victory. Mulvaney said he anticipated that there would be more resignations.

"Those who choose to stay, and I have talked with some of them, are choosing to stay because they're worried the president might put someone worse in," Mulvaney said on CNBC's "Squawk Box." He added that Trump is "not the same as he was eight months ago."

Referring to Trump's incitement of a mob of supporters to occupy the Capitol, Mulvaney said: "We didn't sign up for what you saw last night. We signed up for making America great again. We signed up for lower taxes and less regulation. The president has a long list of successes that we can be proud of. But all of that went away yesterday."

Matthew Pottinger, who has been Trump's deputy national security adviser since 2019, has also resigned, according to a person familiar with the events. Pottinger was formerly the administration's Asia director on the National Security Council and was known for his on-the-ground experience in China, where he advised Trump during his meeting with President Xi Jinping in 2017.

John Costello, one of the country's most senior cybersecurity officials, resigned Wednesday, telling associates that the violence on Capitol Hill was his "breaking point" and he hoped it was "a wake-up call."

Tyler Goodspeed, the acting chairman of the White House Council of Economic Advisers, resigned Thursday, citing Trump's incitement of the mob that stormed the Capitol.

"The events of yesterday made my position no longer tenable," he said in an interview, after informing White House Chief of Staff Mark Meadows of his decision.

Acting Homeland Security Secretary Chad Wolf on Thursday issued the strongest critique of Trump yet from within the Cabinet. Calling Wednesday's events "tragic and sickening," Wolf wrote in a statement, "I implore the President and all elected officials to strongly condemn the violence that took place yesterday." He vowed to remain in his position to ensure an orderly transition to the Biden administration.

William Barr, who resigned last month as attorney general, issued an even sharper condemnation of the president. He called Trump's conduct "a betrayal of his office and supporters," adding in a statement to The Associated Press that "orchestrating a mob to pressure Congress is inexcusable."

In addition, deputy White House press secretary Sarah Matthews announced her resignation, saying she was honored to serve the Trump administration but was "deeply disturbed" by the storming of the Capitol.

"People were looking for a reason to stay, and now he's given them an excuse to go," a close Trump adviser said of the president.

Information for this article was contributed by Josh Dawsey, Felicia Sonmez, Philip Rucker, Shane Harris, Anne Gearan and Ashley Parker of The Washington Post; by Jonathan Lemire, Jill Colvin and Zeke Miller of The Associated Press; and by staff members of The New York Times. 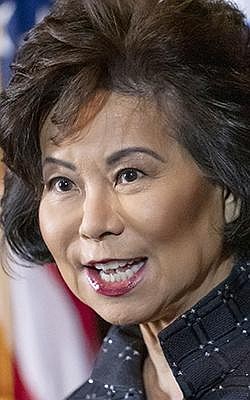 In this Sept. 18, 2019 file photo Transportation Secretary Elaine Chao speaks at EPA headquarters in Washington. Chao is resigning effective Monday, becoming the highest ranking member of President Donald Trump’s administration to resign in protest after the pro-Trump insurrection at Capitol. In a statement Thursday, Chao, who is married to Senate GOP leader Mitch McConnell, said the violent attack on the Capitol “has deeply troubled me in a way that I simply cannot set aside.” (AP Photo/J. Scott Applewhite) 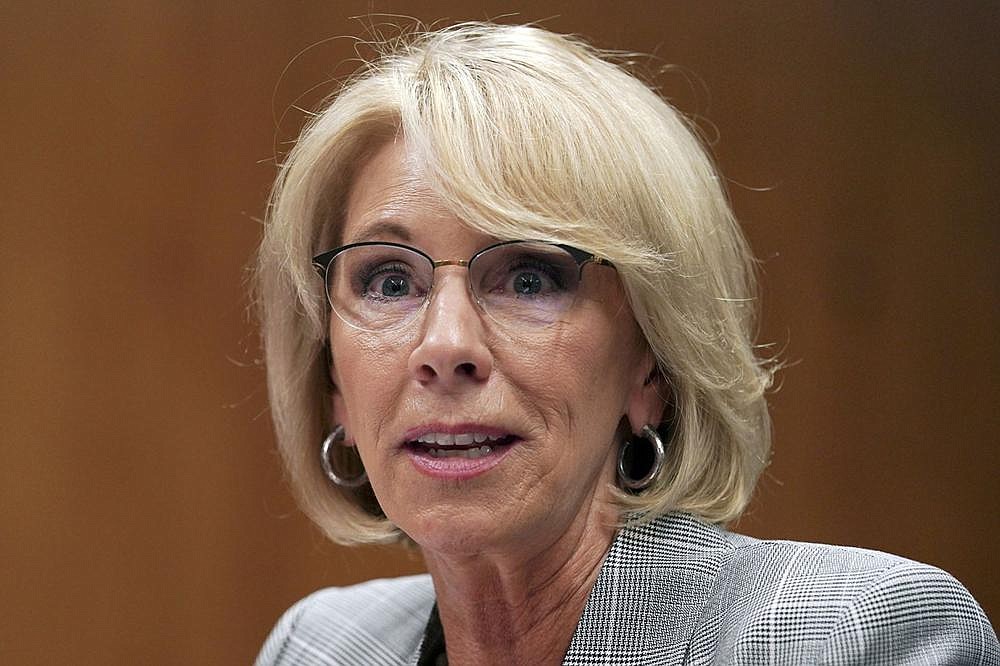 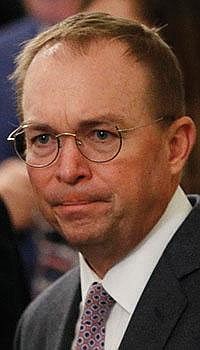 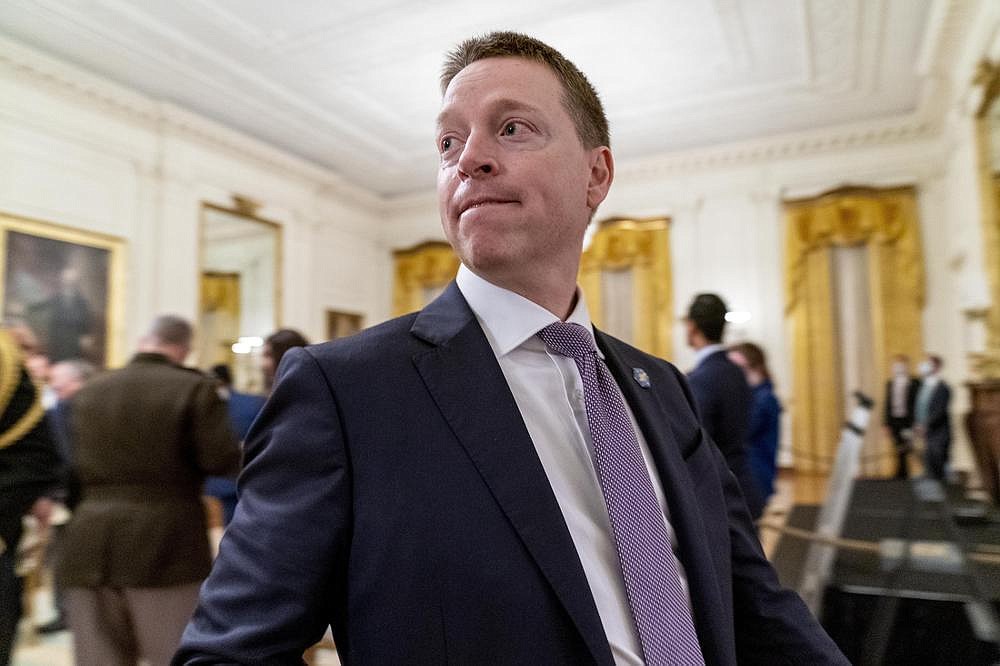 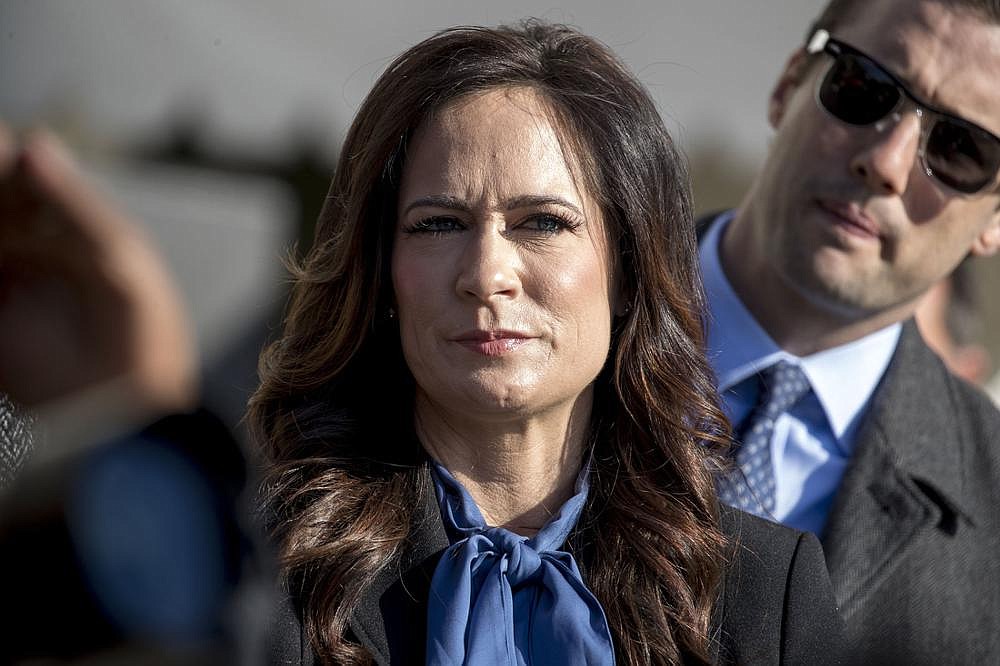 White House press secretary Stephanie Grisham listens as President Donald Trump speaks to reporters on the South Lawn of the White House in Washington, Friday, Nov. 8, 2019, before boarding Marine One for a short trip to Andrews Air Force Base, Md. and then on to Georgia to meet with supporters. (AP Photo/Andrew Harnik)
ADVERTISEMENT