Once a Bills' hero, Reich back as foe 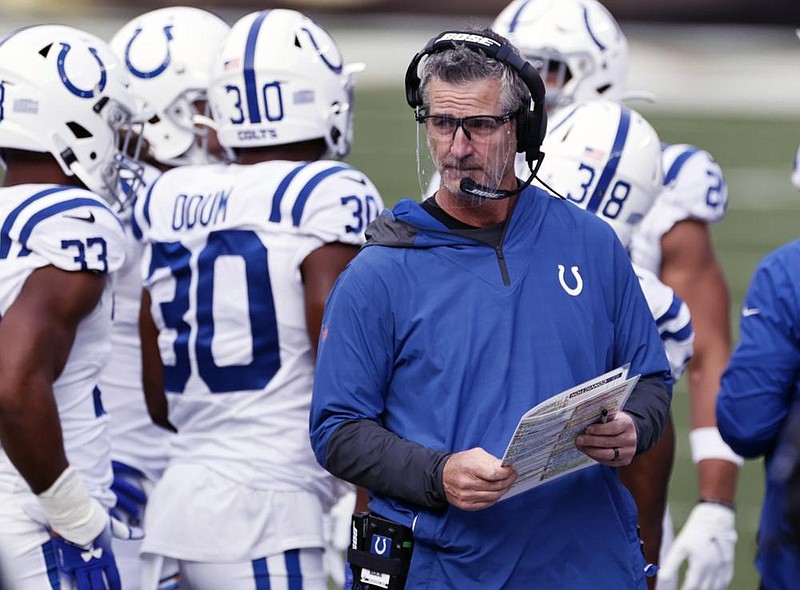 Indianapolis Colts Coach Frank Reich spent nine seasons as a quarterback with the Buffalo Bills, who face Reich and the Colts today in the AFC wild-card playoffs. (AP/Ron Schwane)

So, of course, the Indianapolis Colts coach finds himself rooting for the Bills almost every week -- just like his former teammates root for him. This week will be different, though, as Reich takes his new team to his old stomping grounds for today's wild-card game.

"Obviously, it's a special place for Linda and I and our family," Reich said, referring to his wife. "It's unique because it is the playoffs. I love Buffalo, will always love Buffalo. I will always be a Bills fan, except for this Saturday. I was a Bills fan on Sunday, though, and they did us right."

The truth is, Reich and the Colts (11-5) wouldn't be here without some help from the Bills.

Indy went into last weekend needing a win by Cincinnati, Pittsburgh, Jacksonville or Buffalo to have a shot at making the AFC's seven-team playoff field. And perhaps fittingly, on the 28th anniversary of Reich's greatest football achievement, Buffalo (13-3) was the only one to come through. Three hours later, Indy beat the Jaguars 28-14 to eliminate Miami, clinch the No. 7 seed and set up Reich's return to his adopted hometown.

"Love Frank like a brother, but I'm a Bill and Chad's not there anymore," Hall of Fame quarterback Jim Kelly wrote in a text message about his longtime backup and his nephew, who spent parts of two seasons on Indy's practice squad.

Reich responded in jest: "Oh, he's cutting me deep with that one. I would expect nothing less. I love Jim as well. He is a brother to me. I truly understand his loyalties to the Bills and I greatly respect that."

No, it's not the first time he's been back -- not even the first time as the Colts coach. Indy lost 13-7 in overtime in a Buffalo blizzard back in 2017.

But Reich understands no trip to his adopted hometown would be complete without recounting the incredible comeback he orchestrated in January 1993 to start the Bills' run to a third consecutive AFC crown.

On that day, Reich replaced the injured Kelly and after throwing a pick-six less than two minutes into the third quarter, the Houston Oilers led 35-3. Buffalo answered with a seemingly meaningless 1-yard TD run.

Then Reich went to work. He threw four touchdown passes to give the Bills a 38-35 lead and after Houston forced overtime with a short field goal, Reich led the Bills to the winning score. He became an instant celebrity and a revered folk hero around one of the NFL's smallest towns and inside his own locker room.

"We scored four touchdowns within seven minutes. It was just amazing," longtime Bills Coach Marv Levy said. "Frank was just an amazing guy. He wasn't just a good football player, he was a great family guy, a great citizen."

Those traits served him well then and now.

Reich came to Indy three years ago under unusual circumstances.

As the Eagles offensive coordinator, he was one of the "hot names" on the coaching candidate list. But unlike other top assistants, Reich instructed his agent not to bother him with any interview requests until the season ended. Every other job was seemingly filled before Philadelphia hoisted the Lombardi Trophy.

But when Josh McDaniels backed out of his deal to join the Colts, Reich was perfectly positioned to return to another of his favorite cities, Indianapolis. General Manager Chris Ballard quickly made the hire.

To Reich, being second came naturally. That was his job for nine seasons behind Kelly in Buffalo and it was Reich who replaced Stan Gelbaugh in the second half at Miami in 1984, down 28-0, and then rallied Maryland to a 42-40 win in what was then the greatest comeback in college history.

"The backup role has suited me well in my career," Reich quipped during his introductory news conference in February 2018.

Reich's former teammates understood why he was successful -- his uncanny ability to prepare, remain steady and stick to his principles. That part hasn't changed.

"We're each our best when we're ourselves," Colts quarterback Philip Rivers said. "He's always been that, or at least the times I've been around him in different roles as a quarterback coach, coordinator and now as the head coach."

So as Reich goes back to Buffalo, he's doing his best to focus on the task at hand -- breaking the hearts of his former team and teammates in a city he adores.

"If you pick one guy off that football team we thought was going to be a successful head coach, it was Frank Reich," Hall of Fame running back Thurman Thomas said. "He didn't have the strongest arm. He wasn't quick-footed, but the guy knew where to deliver the football and I think that was very evident in the second half of the comeback against the Oilers." 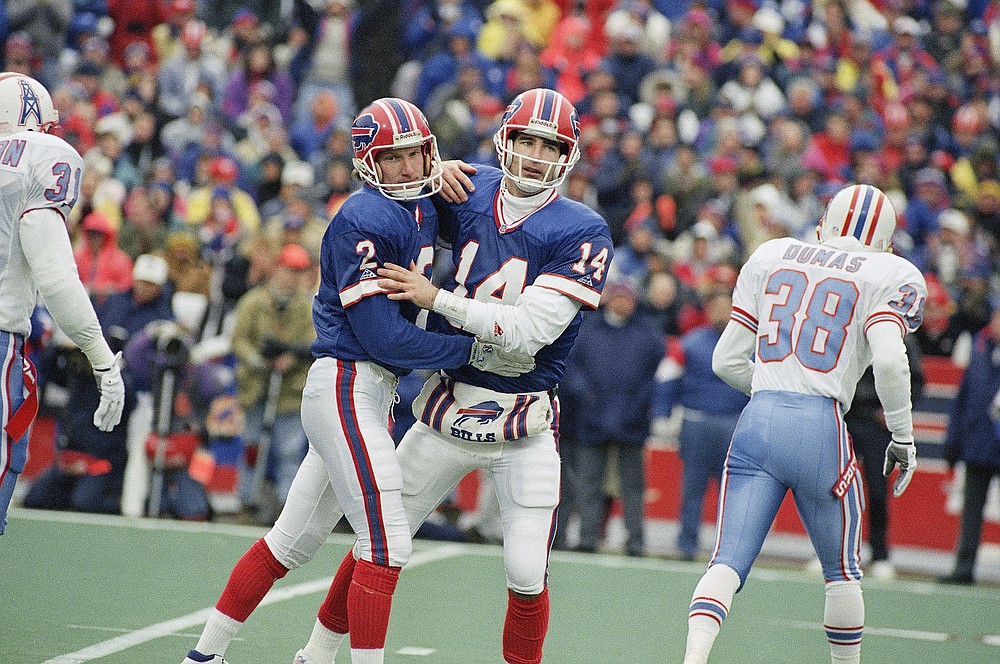 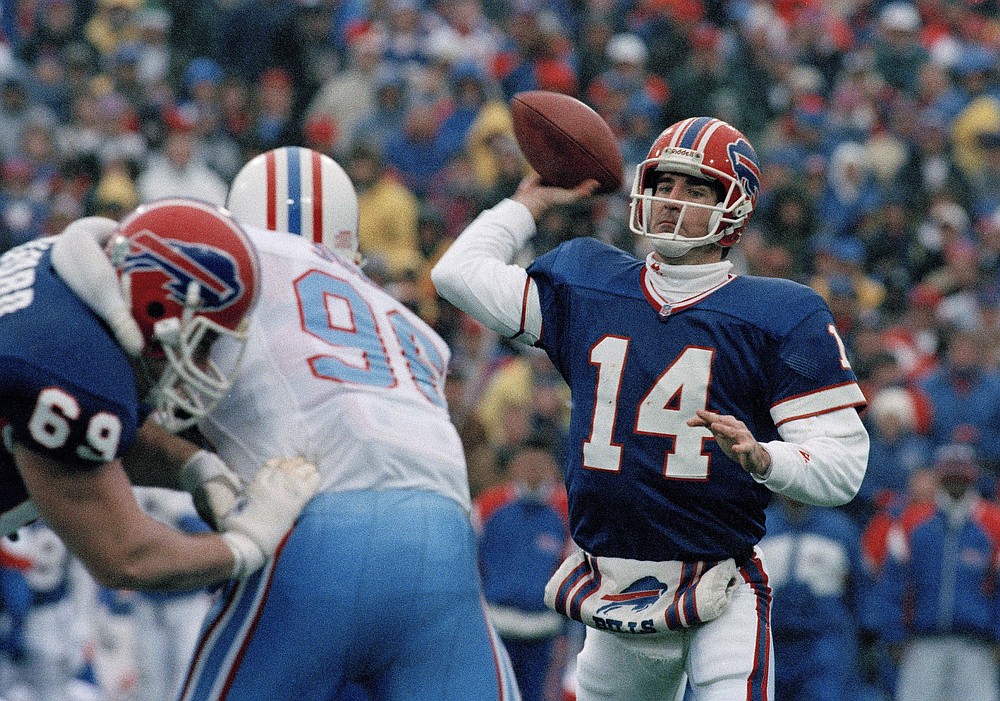