Part of Village at the Gateway sold 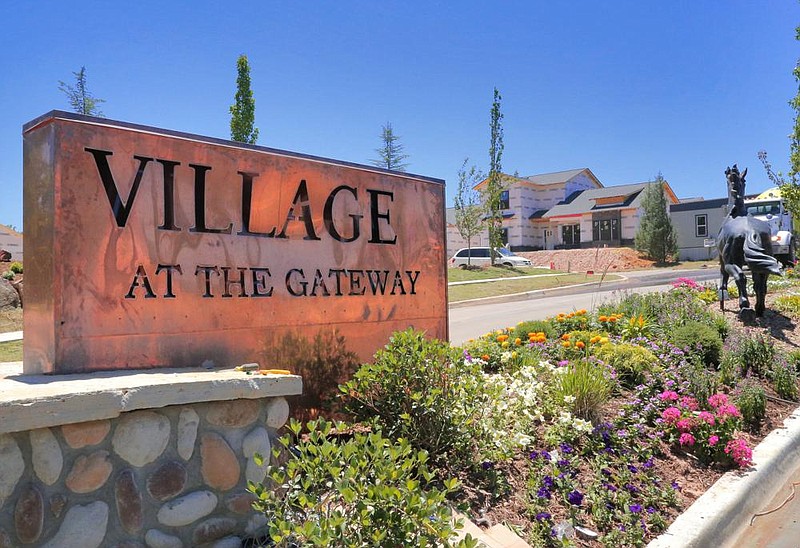 A portion of the 38-acre Village at the Gateway development in Little Rock has been sold for $22 million. (Arkansas Democrat-Gazette)

The Little Rock developer behind the Village at the Gateway -- billed as a collection of leased one- and two-story dwellings off Vimy Ridge Road as "home without the hassle" -- has sold a portion of the 38-acre development for more than $22 million.

In a brief interview, Bob Francis said he will continue to remain involved in the project, which is adjacent to the retail and entertainment district anchored by Bass Pro Shops at the Interstate 30/Interstate 430 interchange in Little Rock.

The deal is a piece of a puzzle that will come together in the future and will be announced at that time, he said. Francis said he was unable to say more.

The sale by Francis' company, Big Rock Development LLC, included 92 lots in the 3-year-old project, 42 of which remain undeveloped, according to online records maintained by the Pulaski County assessor's office.

The LLCs include LR Stanford, LR Avenues, LR Dunwoody, LR Audobon and LR S Jr., all of which were filed with the Arkansas secretary of state's office on the same day -- Sept. 4, 2020.

Francis and his partner, Russ Huckaby, marketed the development as an alternative to traditional apartment complexes, where renters typically have someone living above or below them and don't have reserved or covered parking unless they pay extra.

The townhomes are duplex-like in that they share a fire wall. Each has its own garage. The development also has a three-story clubhouse, pool, fitness center, pet park and other amenities.

The sale is the second recent big transaction in the neighborhood.

A New York-based mall operator of distressed properties purchased the Outlets of Little Rock for $10 million, much lower than the county's $60 million assessed value.

The buyer was Little Rock Outlets Realty Holding LLC, led by Mehran Kohansieh, also known as Mike Kohan. He leads the Kohan Retail Investment Group, based in Great Neck, N.Y. It has a portfolio of 36 malls around the United States.

The seller was NED Little Rock LLC, an arm of New England Development, a Boston-based company that developed the property. The mall has about 55 tenants now, down from the 75 it had shortly after opening five years ago.