Togetherness a plus for future spouses 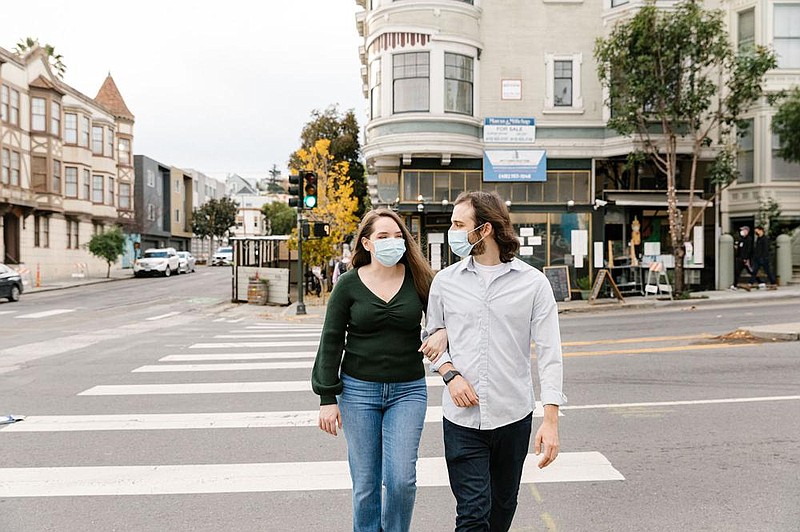 Joanna Illing (left) and Stephen Miller became engaged during the pandemic after isolation together went better than expected. To propose to Illing, Miller had their neighbor’s 11-year-old Maltipoo trot into their apartment with the ring in a bag around its neck. (For The Washington Post/Jason Henry)

Two weeks into quarantining during the coronavirus pandemic, it dawned on 31-year-old Stephen Miller that it was time.

Living with his girlfriend of three years, Joanna Illing, at their apartment in San Francisco was going better than he expected -- spending so much time together felt like a treat, not a chore -- and a journaling project he'd begun as a staying-sane activity revealed something he hadn't foreseen. Miller, the vice president of engineering at a tech startup, had been writing about his most meaningful experiences before the pandemic.

"Travel; past relationships that didn't work out; big, grand moments in my life," he said. "It started to feel like all of those big memories that had seemed so monumental weren't that exciting to write about anymore. I kind of felt like I was turning a corner, where I realized that my life today is so much happier."

Miller wanted to surprise Illing, 29, with a proposal but didn't want to buy a ring without her input. So he typed "costume diamond ring" into a search engine and ordered three sizes. He chose the one that looked like it would fit Illing's finger -- gold plastic with a fake diamond in a halo setting. And on the evening of April 25, Miller had their neighbor's 11-year-old Maltipoo, who the couple sometimes dog-sits, trot into their apartment with the ring in a bag around its neck. (A few weeks later they ordered Illing's real ring, an oval diamond with baguette side stones.)

Half a century from now, in 2071 or 2072, Americans may find themselves fielding a flurry of invitations to grandparents' and grand-relatives' 50th wedding anniversary parties. Another pandemic engagement, invitees might say as they click to open another lavishly rendered hologram notification, or whatever the fancy correspondence du jour may be. Another marriage spurred into existence all those years ago by the great coronavirus outbreak of 2020, forged in the long months of either sheltering in place together or pining for each other while quarantining apart.

Although annual statistics for engagements are virtually nonexistent, there's evidence to suggest the coronavirus pandemic has produced a bumper crop. At the Grand Canyon, one of the world's most popular proposal spots, inquiries about proposal packages and bookings have doubled since 2019, according to a representative for Grand Canyon Wedding Packages.

Jamie L. Singleton, the president of the Kay, Zales and Peoples jewelry retailers, said that in the third quarter of 2020, the three brands saw "double-digit" percentage growth in engagement-ring sales as compared to the same period in 2019. "What we're learning is that the people who we quarantine with, for the most part, have become the nucleuses of [our] lives," she said.

"There's something hopeful about getting engaged," said James Schultz, the co-founder and head of customer experience for the online retailer James Allen, which specializes in bridal jewelry and experienced a 26% increase in sales this past fall over fall 2019 (though that could in part be from sales shifting from stores to online). "You know, it's not just the moment of the proposal, it's about looking forward to a post-pandemic future."

Like Miller and Illing, some couples who committed for life this past year did so largely because the pandemic afforded them more time together. Early in 2020, in Martinsburg, W.Va., voice actor and special-needs behavior assistant C.R. Hess, 36, matched with real estate administrator Stacy McNaught, 35, on Facebook Dating. In March, after the pair had been texting for a few weeks, Hess mustered the courage to ask out McNaught for coffee, but then coffee suddenly ceased to be a possibility.

After a week more of talking remotely, though, Hess invited McNaught to come over after his two children had gone to bed; neither Hess nor McNaught had been going to work or even to the grocery store, so they risked it. The two stayed up talking until the sun was almost up, and McNaught came over again the next night. Soon, on nights when they couldn't be together, they were video-chatting.

This past fall, they moved into a new place together, with room for both of Hess' children and McNaught's son. Hess proposed in November with a painting he made (two silhouettes against a night sky, one giving the other a flower) and a ring (morganite and diamonds set in rose gold).

'IN THE RIGHT PLACE'

"I wish that covid wasn't a thing. But it offered opportunities to be in the right place at the right time to meet her," Hess said. The pandemic forced them "to be at home for weeks and weeks and weeks, to just talk and talk and talk," he added. "We just wouldn't have worked out any other way."

For other couples, though, it wasn't the extra time together but the time apart that nudged them toward commitment. Lydia Bullock, 23, and her now-fiancee Marisa Clardy, 26, experienced extreme togetherness and extreme apartness during the pandemic: After hunkering down together early in the year in Austin, Texas, Bullock moved to Ireland to start on her undergraduate degree while Clardy stayed behind.

"I don't recommend moving to a new country by yourself during a pandemic," Bullock said. "One of the most lonely things that's ever happened to me."

When Clardy visited Bullock in October, Bullock spontaneously proposed to her at home in bed; Clardy declined initially, saying she wanted to wait until Bullock finished school. Then Clardy proposed right back a few weeks later in the Latin Quarter of Galway, Ireland, with a custom-made pink sapphire ring.

They now face the additional daunting challenge of planning a wedding during a global health crisis that may or may not end soon. But "we've been through a pandemic," Bullock said. "I'm sure we'll figure it out down the line."

There are numerous other couples who reportedly found clarity in their romantic lives amid the pandemic's chaos. The nurse in Brooklyn who quarantined away from her partner while treating covid patients and then proposed when they reunited. The middle-aged Long Island couple who lived together for four years before getting engaged during an outdoor guitar lesson. The new year's weddings and 2071's anniversary parties will celebrate a cohort of people who didn't have many places to wear their fancy new jewelry at first and didn't get to have traditional engagement parties. But they will begin their marriages having already learned the value of a reliable partner's company in a frightening time.

Illing, a software developer, had known for a while she wanted to be with Miller forever, even before the pandemic arrived. She wouldn't have moved in with him if she hadn't, she said. But being with Miller in their apartment 24 hours a day, every day, while the world outside battled a deadly virus "definitely cemented that," she said. "I think it's just proven to me how solid we are." 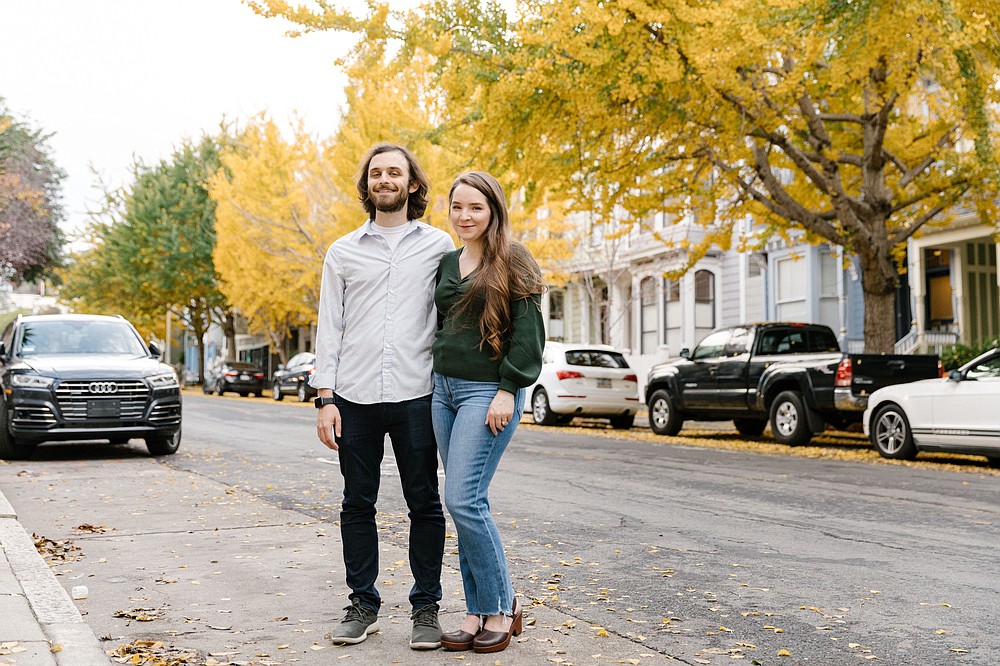 Stephen Miller and Joanna Illing became engaged during the pandemic, after isolation together went better than expected. MUST CREDIT: Photo by Jason Henry for The Washington Post.
ADVERTISEMENT