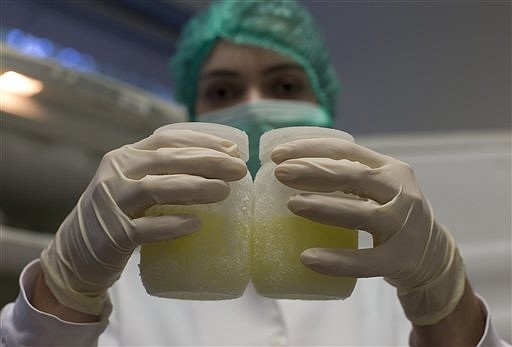 At least three bills that could expand Arkansas women's access to birth control, breast milk and feminine hygiene products have been filed ahead of the 2021 legislative session beginning today.

All three have Aaron Pilkington, R-Clarksville, as the lead sponsor, and have other GOP lawmakers as co-sponsors.

House Bill 1065 proposes to exempt feminine hygiene products from the state's sales and use tax, aiming to make them more affordable for women of all incomes. Sen. Breanne Davis, R-Russellville, is the other primary sponsor, and Rep. Austin McCollum, R-Bentonville, and Sen. Trent Garner, R-El Dorado, are co-sponsors.

House Bill 1067 would create a state breast milk bank at the University of Arkansas for Medical Sciences, with state funding. Davis is the other primary sponsor. Act 216 of 2019, sponsored by Pilkington, Davis and others, calls on the Arkansas Department of Health to create standards for such facilities and encourages their development in the state.

There are no breast-milk banks operating in Arkansas, though there are human milk depot sites where nursing women can donate their extra milk, which is shipped to out-of-state milk banks.

Breast milk can reduce a baby's risk for a number of ailments, including leukemia and diabetes, as well as for sudden infant death syndrome, studies show.

House Bill 1069 proposes to authorize pharmacists to administer oral contraceptives. Davis is the other primary sponsor, with McCollum and Garner also signed on as co-sponsors.

Pilkington sponsored a similar measure relating to birth control in 2019, which did not pass in the Senate. He said having Davis, a mother of four and a member of the Republican Women's Legislative Caucus, advocate for a bill chiefly affecting women will help.

He said Friday that these measures will improve health outcomes for women and infants, reduce medical costs over time, and specifically in the case of House Bill 1069, reduce the number of abortions.

"If as legislators we want to say that we're pro-life, we want to make sure that we're having resources available for mothers and their children," Pilkington said.

House Bill 1069 has opposition from the Arkansas Family Council, which also opposes abortion and is against the legislation because hormonal birth control pills, which inhibit ovulation, can also inhibit implantation of a fertilized egg, and because they can carry an increased risk of health issues including blood clots and cardiovascular disease.

"That's why these pills currently require a prescription from a doctor. Letting pharmacists dispense them without the oversight of a physician jeopardizes women's health," Jerry Cox, executive director of the faith-based advocacy group, wrote in a blog post on the organization's website Tuesday.

The legislation had bipartisan support in 2019, with Jamie Scott, D-North Little Rock, as a co-sponsor.

Pilkington said another bill set to be filed, to be sponsored by Rep. Mary Bentley, R-Perryville, will address the credentialing process for midwives, making it easier for them to practice in Arkansas.