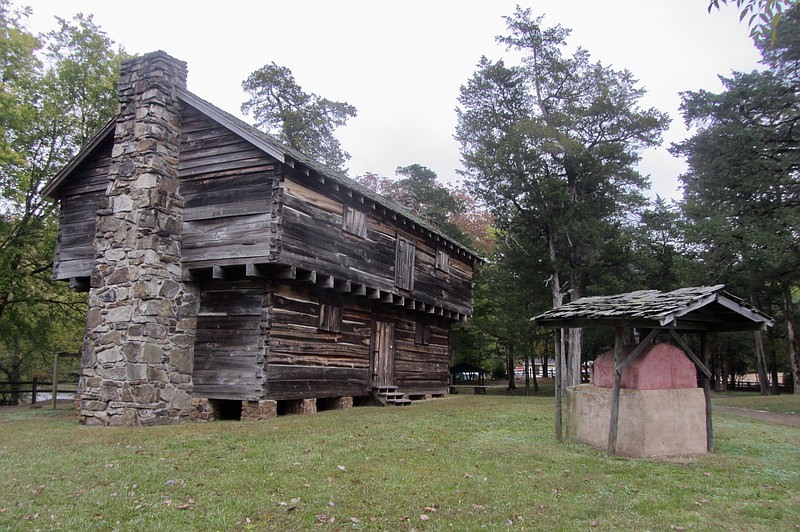 A restored pioneer-era blockhouse stands at Cadron Settlement Park on the Trail of Tears. (Special to the Democrat-Gazette/Marcia Schnedler)

A map of the Arkansas Heritage Trails System looks interlaced like a spider web in tracing four sets of routes that played important roles in the state's 19th-century history.

Some 2,000 rectangular highway markers alert travelers to these trails, officially designated in 2009 by the General Assembly. The law requires them to be "of state or national significance to Arkansas or American history, including without limitation trade, commerce, exploration, migration, settlement or military campaigns." They also must "have a far-reaching effect on broad patterns of American culture."

The web resemblance mainly reflects two trails, which mark tragic happenings in the state's past. One is the Trail of Tears journeys taken by American Indian nations forcibly moved west. The other marks sanguinary Civil War campaigning. The remaining two, mainly peaceful and less dispersed, trace antebellum transportation along the Southwest Trail and the Butterfield Overland Mail Trail.

Trail of Tears markers extend to all four corners of Arkansas. That reflects the fact that the 1830s saw the involuntary westward passage to present-day Oklahoma of five nations: Cherokee, Choctaw, Creek, Chickasaw and Seminole. 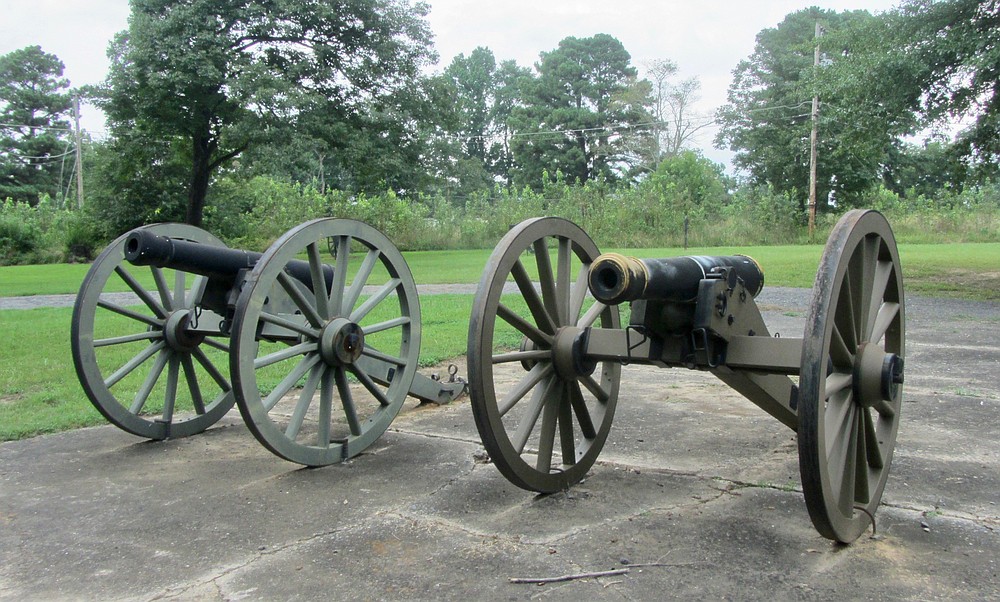 Replica cannon can be seen on the Civil War Trails’ Little Rock campaign route. (Special to the Democrat-Gazette/Marcia Schnedler)

More than two dozen highway routes display Trail of Tears signs. At some notable locations, plaques give details on the forced migrations, during which uncounted numbers of tribal members died of disease and hardship. Plaques at one poignant site, Cadron Settlement Park west of Conway, pay respects to the 100 or more Cherokees who died there during an 1834 cholera epidemic.

Cabell's route traces action on April 16, 1863, when a Confederate force led by Brig. Gen. William "Old Tige" Cabell attacked Col. M. LaRue Harrison's Union troops in Fayetteville. The Confederates were driven back into the Boston Mountains. Another encounter, the Confederate attack on Pine Bluff, took place in October 1863, when a small Union garrison fought off a Rebel effort to retake that city. 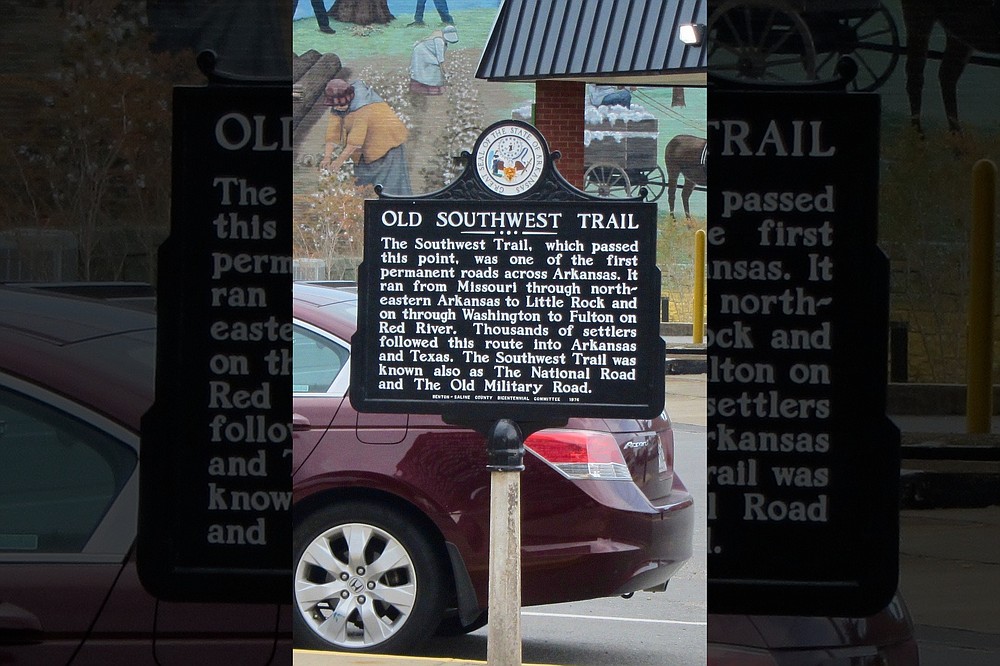 A downtown marker commemorates the passage of the Southwest Trail through Benton. (Special to the Democrat-Gazette/Marcia Schnedler)

Southwest Trail signs extend from the Missouri border near Maynard southwest to Texarkana, marking part of an early 19th-century complex of routes from Ste. Genevieve, Mo., to the Red River Valley of Texas.

During Arkansas' territorial period before 1836, the Southwest Trail was one of the few roads of any kind in the future state. Driving along Interstate 30 or U.S. 67, you are running parallel to the onetime route. Plaques in Benton and other communities once served by the trail give details.

Markers for the Butterfield Overland Mail Trail line a single route from West Memphis to Fort Smith, with a branch to Little Rock, before heading north to the Missouri state line. The mail service to the West Coast via stagecoach was founded in 1858 by John Butterfield. It was eclipsed only two years later by the faster Pony Express.

The trail's brief heyday is evoked in Pottsville, 75 miles northwest of Little Rock, at the Potts Inn Museum. Built mostly with slave labor, it served as an overnight stop for Butterfield passengers, who sometimes had to sleep two to a bed and eight to a room. Today's visitors may conclude that the Good Old Days were rarely so good when it came to creature comforts.

Maps and other details on Arkansas Heritage Trails can be found at arkansasheritagetrails.com.