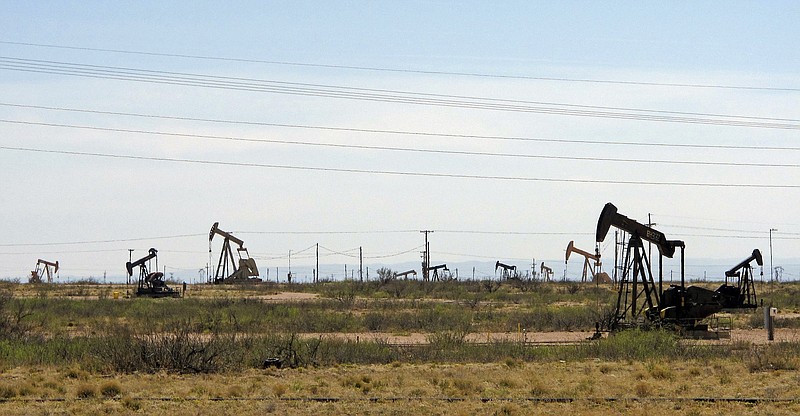 FILE - In this April 9, 2014, file photo, oil rigs stand in the Loco Hills field on U.S. Highway 82 in Eddy County near Artesia, N.M., one of the most active regions of the Permian Basin. In the closing months of the Trump administration energy companies stockpiled enough drilling permits for western public lands to keep pumping oil for years. That stands to undercut President-elect Joe Biden's plans to block new drilling on public lands to address climate change. (AP Photo/Jeri Clausing, File)

An Associated Press analysis of government data shows the permit stockpiling has centered on oil-rich federal lands in New Mexico and Wyoming. It accelerated during the fall as Biden was cementing his lead over President Donald Trump and peaked in December, aided by speedier permitting approvals since Trump took office.

The goal for companies is to lock in drilling rights on oil and gas leases on vast public lands where they make royalty payments on any resources extracted. Biden wants to end new drilling on those same lands as part of his overhaul of how Americans get energy, with the goal of making the nation carbon neutral by 2050.

Companies submitted more than 3,000 drilling-permit applications in a three-month period that included the election, according to data from the U.S. Bureau of Land Management. Officials approved almost 1,400 drilling applications during that time. That's the highest number of approvals during Trump's four-year term, according to AP's analysis.

In Colorado, a dozen permits are approved or pending to drill in Pawnee National Grassland, a birding destination where wildflowers and cactuses bloom below the buttes.

In Wyoming's Thunder Basin National Grassland, a prairie expanse that abounds with wildlife and offers hiking, fishing and hunting, oil companies EOG Resources and Devon Energy -- which amassed the most federal permits this year -- have permission to drill three dozen wells among fields of sagebrush.

The administration issued more than 4,700 drilling permits in 2020 -- comparable to approval numbers from early last decade when oil topped $100 a barrel, roughly twice the current price.

Making it easier to drill was a centerpiece of Trump's effort to increase American energy production in part by enticing companies onto lands and offshore areas run by the U.S. departments of Interior and Agriculture.

Under Trump, crude production from federal and tribal lands and waters increased sharply, topping a billion barrels in 2019. That was up by almost a third from the last year of the Obama administration.

But this year the coronavirus pandemic and crashing oil prices caused many companies to curtail their activity.

With markets still in flux and oil producers slashing budgets, major companies nevertheless have been acquiring enough permits to keep pumping through Biden's upcoming term. The government approved about 500 new drilling permits in September, more than double the same month in 2019.

The oil industry's fear is that Biden will follow through on campaign pledges and make it impossible or much harder to drill on public lands. "You go from having a champion in the White House, who steers the entire federal apparatus to wanting you to be successful, to someone who is hostile to the industry," said Tom Pyle, a former Republican aide on Capitol Hill who now leads the industry group American Energy Alliance.

For Biden supporters, the stockpiling threatens parts of an ambitious climate agenda before the Democrat can get into the White House. Oil and gas extracted from public lands and waters generates the equivalent of almost 550 million tons of greenhouse gases annually, the U.S. Geological Survey said in a 2018 study.

To undo the late-term awarding of so many permits, a former senior Interior Department official said, the Biden administration could be forced to pay millions of dollars to companies to get them to relinquish drilling rights. Such a scenario played out in pristine areas of Montana where officials spent decades trying to buy out companies with drilling leases near Glacier National Park.

"This is classic, end-of-administration stuff, but for the Trump administration it's on steroids," said Jim Lyons, deputy assistant secretary of Interior under President Barack Obama.

Houston-based EOG Resources amassed the most permits this past year -- 1,024 -- including 549 since September, according to AP's analysis.

Biden is nominating New Mexico Rep. Debra Haaland as interior secretary. And Haaland, who co-sponsored the Green New Deal by liberal Democrats, has said she opposes fracking and drilling on public land.

Even if Biden doesn't immediately ban new permits, he could place a moratorium on them to study the situation in more detail, said Leo Mariani, managing director of equity research at KeyBank Capital Markets.

Most companies have up to two years to act on federal permits, so a one-year moratorium wouldn't have much effect on oil supply and they could shift production to private or state-owned land, Mariani said.

But such a shift would come at a cost, because royalty rates on private or state-owned land can be twice as much as federal land. "Because the break-evens are so much lower, you're not going to see every dollar reallocated to other places," said Parker Fawcett, analyst for S&P Global Platts Analytics.

Information for this article was contributed by Morgan Lee and Mead Gruver of The Associated Press. 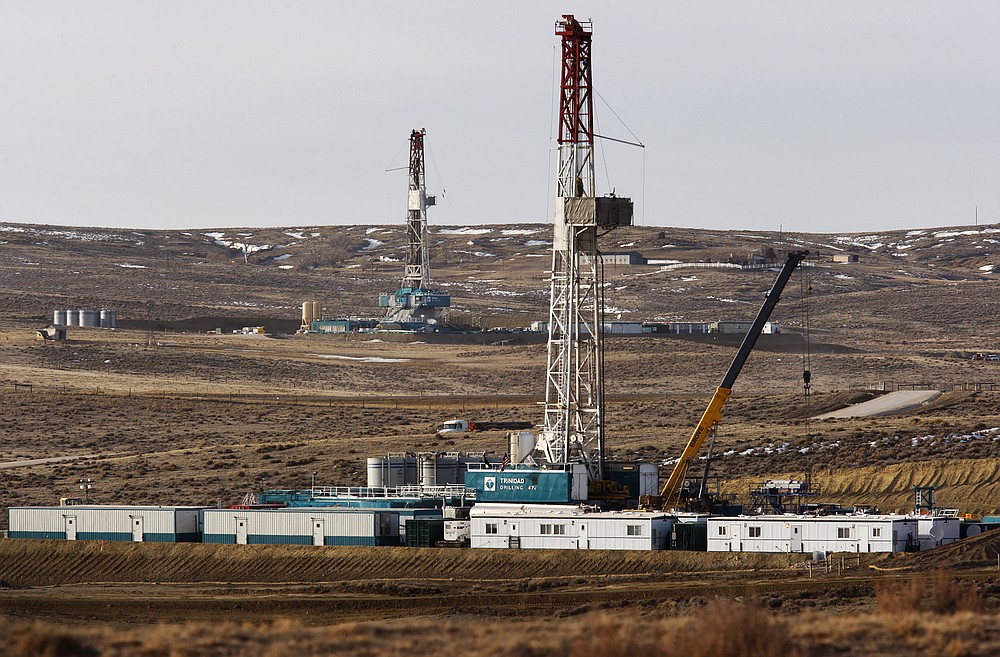 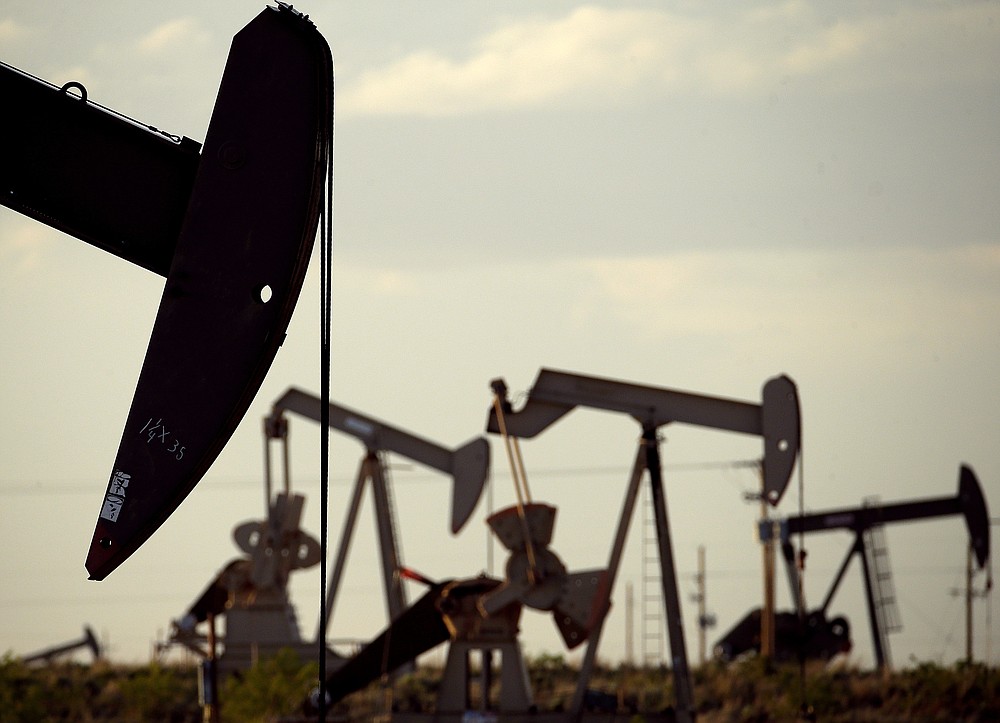