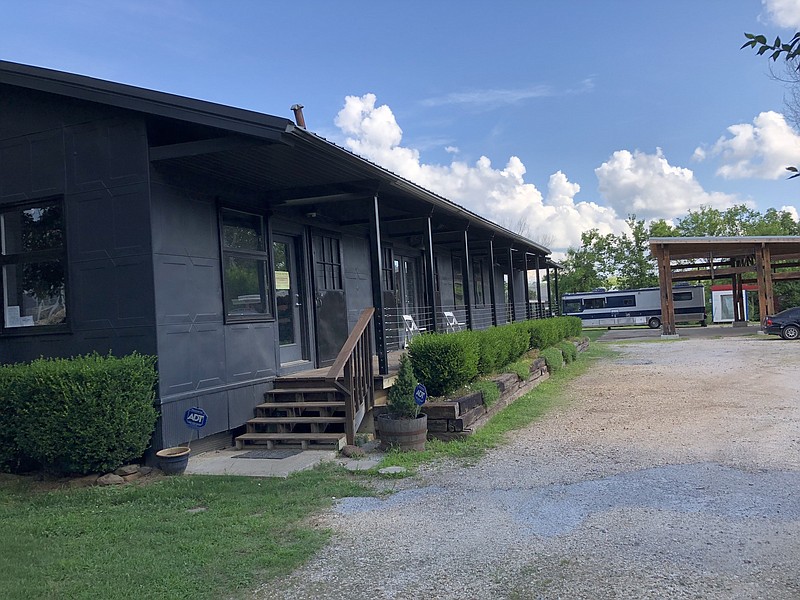 FAYETTEVILLE -- A music venue at the southern edge of downtown can continue to have live performances indefinitely, but extending weekend playing time by an hour will be revisited in a year, planning commissioners decided Monday.

The Planning Commission voted 6-2 to grant a permit for Prairie Street Live, southwest of Gregg Avenue and Prairie Street near Frisco Trail. The commission's action was a renewal of a permit granted in 2019.

The original permit allowed one show a week or up to two during citywide events such as Bikes, Blues & BBQ. Performances were allowed 6 to 9 p.m. Monday through Thursday, 6 to 10 p.m. on Friday, 11 a.m. to 10 p.m. on Saturday and 11 a.m. to 9 p.m. on Sundays. The permit also required yearly review and approval from the commission.

April Lee, the venue's owner, asked for an indefinite extension of the permit. She also asked for two events on a regular week, with three during citywide events. Lee also asked for music performance time to extend to 11 p.m. on Fridays and Saturdays.

Despite being an outdoor venue that allows for enough space for people to socially distance, the pandemic has still taken its toll on the business, Lee said. She asked for the extended hours and days to help offset the economic impact, and said the business has a good track record of following the city's noise ordinance and covid regulations.

"We need not only the city's help so we might survive and strive, but we believe we can help the city through our sustained and successful presence," Lee said.

The city's planning staff recommended the permit stay the same, except performances would be limited to 9 p.m. daily. There was one noise ordinance violation during the permit's provisional period from August to November 2019, but none since, said Jonathan Curth, development services director. There were 10 noise complaints from residents but no violations found, he said.

Commissioners decided to grant the permit indefinitely and extend hours on Friday and Saturday to 11 p.m. However, the additional hour granted will come back to the commission in a year for review. The number of performances -- one during a regular week, or two during a citywide event -- will stay the same.

About 20 people spoke during the public comment period. About a handful were neighbors who opposed extending conditions of the permit, saying the music was overwhelming, and citing issues with parking and litter.

Mike Daily, a resident on West Avenue, said if the venue continues to have live outdoor music it needs to have proper screening to help mitigate the sound.

Several of the people who spoke in support of extending the permit were musicians or employees of the venue. Ethan Bush, a musician who lives on South College Avenue, said the venue fills a gap that is missing in the city's entertainment scene.

"In a pandemic, it's one of the few places where musicians can go work and know that we're not putting our fans or the community in danger cramming them into a small building or to a small, roped-off area," he said.

Commissioners Jimm Garlock and Porter Winston voted against the permit. Garlock said he felt the commission was snubbing neighbors' concerns. Winston wanted to grant all the requests from the venue. Commissioner Rob Sharp recused from the vote.

Commissioner Quintin Canada said on one hand, some residents had issues. On the other hand, people in the service and entertainment industry are struggling.

"Yes, they've had people calling in. But they have not had one issue with violating the noise ordinance since the provisional period," he said. "I find it hard to not accommodate a business that is trying their hardest to remain in compliance, and to also pull something off like this in a pandemic."

• A permit for Christ on Campus church on Garland to lease space for a cultural and recreational facility.

• Rezoning a single lot on Combs Avenue, south of Willow Avenue and Huntsville Road, to a downtown general zone. The proposal will go before the City Council for final approval.