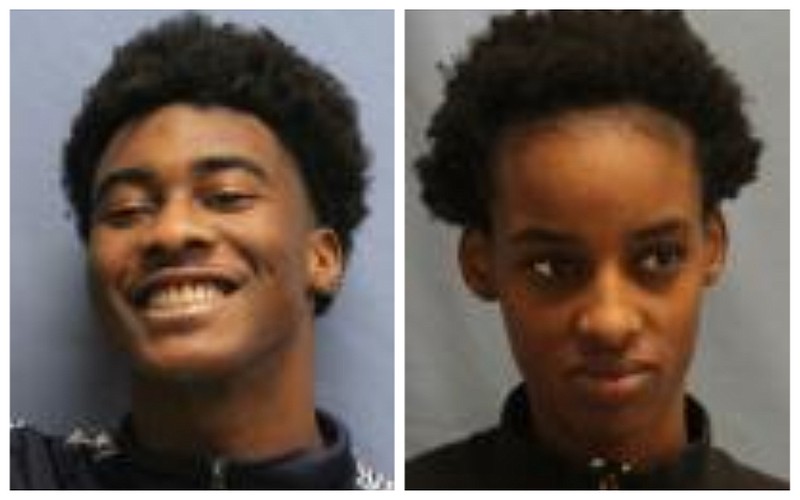 A woman was arrested after reportedly shooting her child's 22-year-old father outside a Kroger on Geyer Springs and kidnapping their 3-year-old child Monday night, police said.

Dominique N. Phillips, 22, and Curtis E. Marshall, 19, were arrested Monday night, after police located them on scene of a second shooting report in a five-hour span, according to an incident report.

Police responded to the Kroger at 8824 Geyer Springs at 6:44 p.m. Monday, where customers told officers shots were being fired outside the store, according to the report.

Officers located Jordan Collier, 22, on the ground in front of the store with a gunshot wound in his upper right leg, the report states.

A witness took a handgun from a vehicle, at which point officers pointed their service weapon and told the person to drop their weapon and get on the ground, according to the report. The witness complied.

The father was taken to Baptist Hospital, where he was reportedly in stable condition.

Shortly after the incident, an Amber Alert was issued for the 3-year-old, in which Phillips was listed as an “associated adult” for the child, according to Arkansas State Police.

Around 11:30 p.m. officers responded to a shooting report on South Pine Street, where they made contact with Phillips and Marshall inside a residence, who had the child, the report states.

Phillips and Marshall were taken into custody, police said. Both suspects face charges of first-degree battery, first-degree kidnapping and second-degree criminal mischief, according to police. Phillips is also facing charges of unlawful discharge of a firearm and Marshall is facing an additional charge for possession of drugs, according to police.

They are being held in the Pulaski County jail without bond, according to an inmate roster.