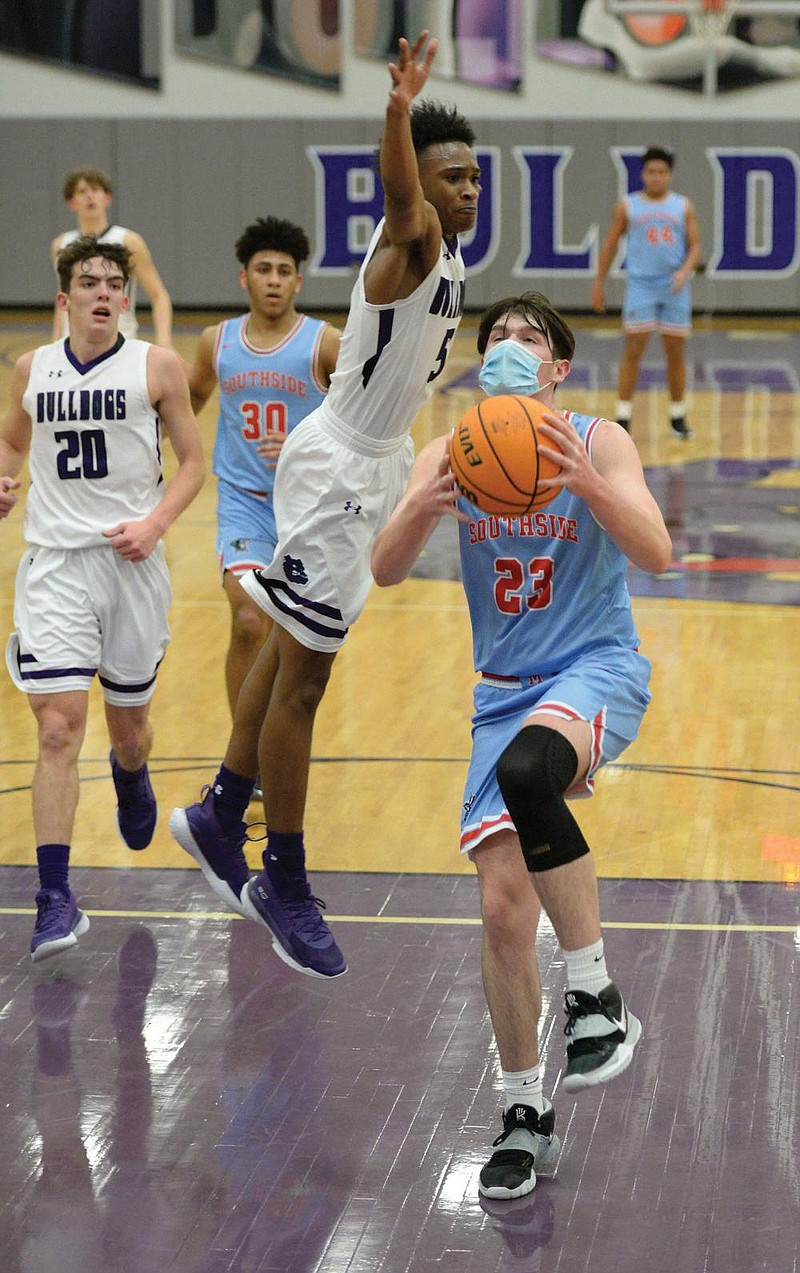 The break only temporarily slowed Glasper and Fayetteville, which rolled to a 78-58 victory over the Mavericks on Senior Night at Bulldog Arena. The win sets up a showdown Friday at Bentonville between the top teams in the 6A-West Conference.

"We're going to go on the road at Bentonville and it'll be the high school game of the week," Fayetteville coach Brad Stamps said. "We've got to be really good to beat them. All the hype they're getting, they deserve it. We've got to be locked in and we've got to play four quarters."

CJ Williams led Fayetteville with 22 points against Southside. Glasper followed with 17 points and senior Matt Wayman added 13 after a big third quarter, where he had nine points.

"Being able to share the basketball is a big deal for us," Stamps said. "We stress it, we talk about, and we've got a lot of guys who can do some things. Landon got us off to a good start, but you have to have that motor every single game. I thought we may have been a step slow on defense and our cuts weren't hard enough on offense."

Glasper scored the first eight points for Fayetteville, which led 18-7 after one quarter. The 6-foot-1 junior opened the game with consecutive 3-pointers, which prompted an early timeout by Southside coach Stewart Adams. But Glasper teamed with Williams in the backcourt to score 23 of Fayetteville's 38 points in the first half.

Glasper had 10 points before Southside reached 10 on a 3-point basket by Tristan Lane with five minutes, 15 seconds left in the second quarter. Fayetteville held a 25-10 lead at that point against the Mavericks, who trailed 54-39 after three quarters.

Glasper and Williams opened the fourth quarter with baskets before substitutes came onto the court and finished the game for the Bulldogs. All six seniors who were available for Fayetteville played on Tuesday.