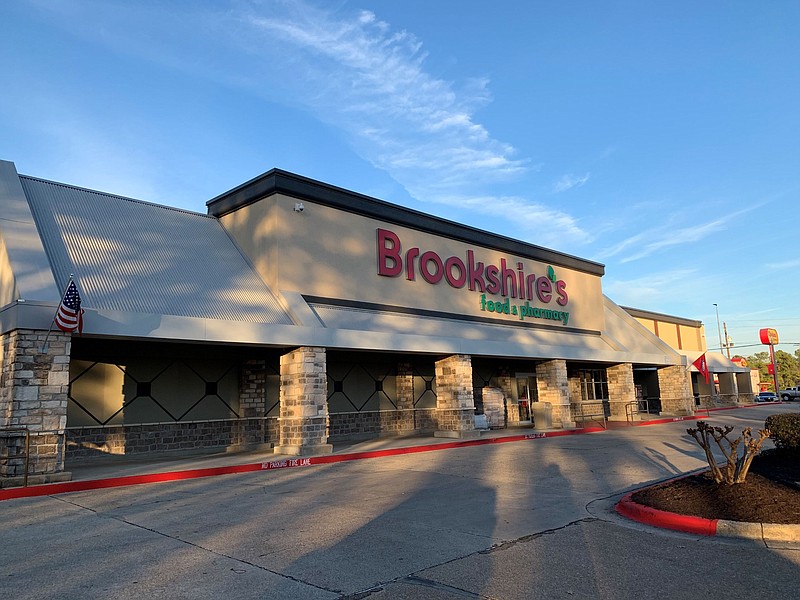 Brookshire Grocery Co. plans to host a grand opening of its White Hall supermarket in early February. (Special to The Commercial)

The Brookshire Grocery Co. plans to host a grand opening of its new White Hall supermarket location in early February. Located at 8503 Dollarway Road, the site is the former Cranford's Fresh World.

It will be a full-service supermarket, offering modern grocery store staples such as fresh vegetables, meats, and slew of dry and canned goods, and "focused on excellent customer service," said Morgan Countryman, communications manager for the company headquartered in Tyler, Texas.

The 16,402-square-foot store will also include a deli and bakery, Countryman said.

The new store will house a full-service pharmacy. Additionally, it will offer the convenience of online ordering with curbside pickup or home delivery through Instacart.

The updated supermarket was renovated with a modern look, as well as new exterior and interior paint, decor and signs, she said.

The store design is complemented by new flooring, energy efficient LED lighting and refrigerated cases, along with new shopping carts for customers.

"We will be hiring on to our deli, bakery and market departments along with cashiers," Countryman said.

Before Brookshire's announcement in 2019, White Hall Mayor Noel Foster said, "I was worried we weren't going to have a grocery store."

He said he's excited about the fourth-generation, 93-year-old company that operates approximately 181 stores in three states -- Texas, Louisiana and Arkansas -- and three distribution centers, setting up shop inside the town.

Cranford's departure, Foster said, left a hole in their community that worked to their disadvantage when trying to attract new residents or commerce.

"People and potential businesses expect a certain quality of life," such as good schools, safe neighborhoods, restaurants and, of course, a grocer, Foster said.

Moreover, "A city of our size [about 5,500] needs a grocery store. Besides, we try to encourage people to trade locally," Foster said.

"It's a super grocery store and we want them to do well," Foster said.

Brookshire's purchased the now defunct Cranford's Fresh World in 2019, along with two others, one in Hot Springs and Redfield, which will become one of the Spring Markets.

Smith described Cranford's as his "go-to store" and was pleased with their service and products but was also delighted with Brookshire's decision to move to White Hall.

In a 2019 press release, Brad Brookshire, the company's chief executive officer and board chairman, said, "We are excited about this agreement and the opportunity it provides us to further grow and expand in this region."

He said the three sites were a "strong fit" for Brookshire's and Spring Market banners.

"We look forward to a great future here," Brookshire said.