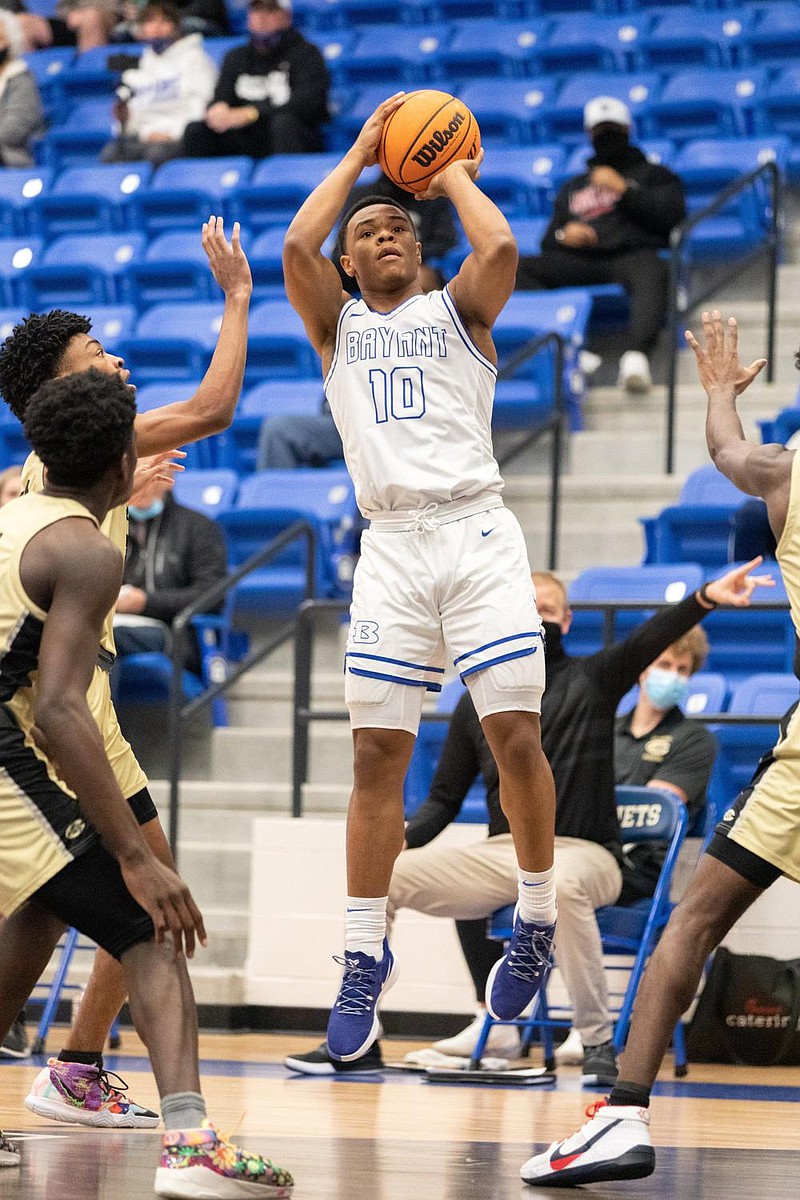 Sophomore guard Bryson Warren scored 15 of his team-high 26 points in the second half as Central battled back from a seven-point, third-quarter deficit to pull out a 67-64 victory in a 6A-Conference clash at Hornet Arena.

Central (11-4, 3-0), which had lost five consecutive games to Bryant, trailed 48-41 late in the third quarter before scoring 13 of the next 17 points during a seven-minute span to take a lead it would keep.

Ross said he wanted his team to put forth four full quarters of nonstop effort, and the Tigers gave him just that.

"It takes 32 whole minutes against those guys because they're not going to give you even one minute free," Ross said of the Hornets. "They play great defense, and every point you score against them is hard to come by. But for us, it was our defense, our effort and our attention to detail. All of those things won it for us.

"To beat a team like Bryant, you've got to do all of that because they're going to keep coming and make you earn everything you get."

Warren scored eight points in the third quarter to keep Central close after the Hornets had seized control. But the 6-2 standout had plenty of help..

Senior guard Hudson Likens scored 11 of his 16 points in the second half while classmate Corey Camper finished with 12 points for Central, which shot 57.5% (23 of 40) for the game. Freshman forward Annor Boateng added 13 points.

"They're just really hard to guard," Bryant Coach Mike Abrahamson said of the Tigers, who have won six games in a row and seven of their past eight. "They've got guys that can shoot and take you off the dribble. Defensively, they're just athletic, and they challenge your shots. If you can get in the lane, it's hard to get something clean to look at because they're jumping at you.

"Just the athleticism and length defensively, and offensively, just the skill of being able to shoot it and take you off the bounce makes it hard to guard and hard to help."

Bryant (10-1, 2-1) kept pace on the strength of another strong outing from Camren Hunter. The senior guard finished with 27 points, 6 rebounds, 5 assists and 4 steals. Aiden Adams, also a senior guard, knocked down 4 three-pointers, including three in the third quarter, and scored 12 points for the Hornets, who were 21-of-40 (52.5%) shooting.

A three-pointer from junior forward Kade Ruffner with three seconds left in the second quarter gave Bryant a 29-27 lead at halftime. The Hornets increased their cushion to 48-41 by the 1:28 mark of the third period, but a floater from Camper jump-started Central's push.

Warren, Camper and Likens combined to score the next 20 points for Central, which led 63-57 with less than three minutes to go.

The Hornets pulled within 65-64 with seven seconds remaining after two free throws from sophomore guard Cory Nichols, but Warren tacked on a pair of foul shots before Hunter's last-second 23-footer just missed as time expired.