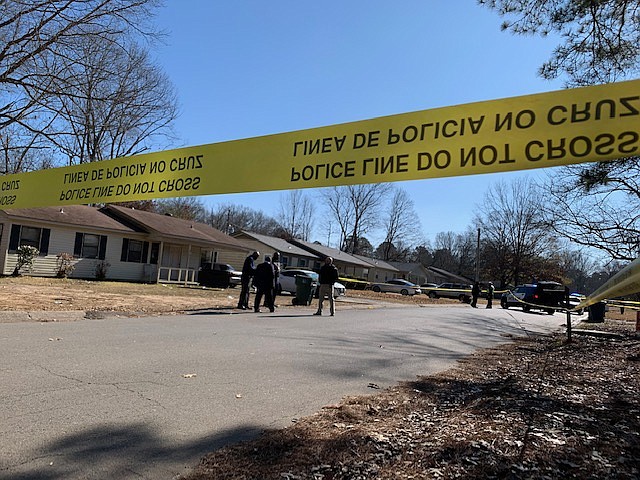 Investigators respond to the scene of a homicide Tuesday, Jan. 12, 2021 at 9701 Stardust Trail in Little Rock.

Police responded to multiple calls to the 9700 block of Stardust Trail including one about a man lying in the yard of 9701 Stardust Trail, Barnes said.

Officers arriving on the scene found a Black man dead in the yard, according to Barnes.

No details were released on the identity of the victim, the cause of death, the nature of crime or any possible suspects.