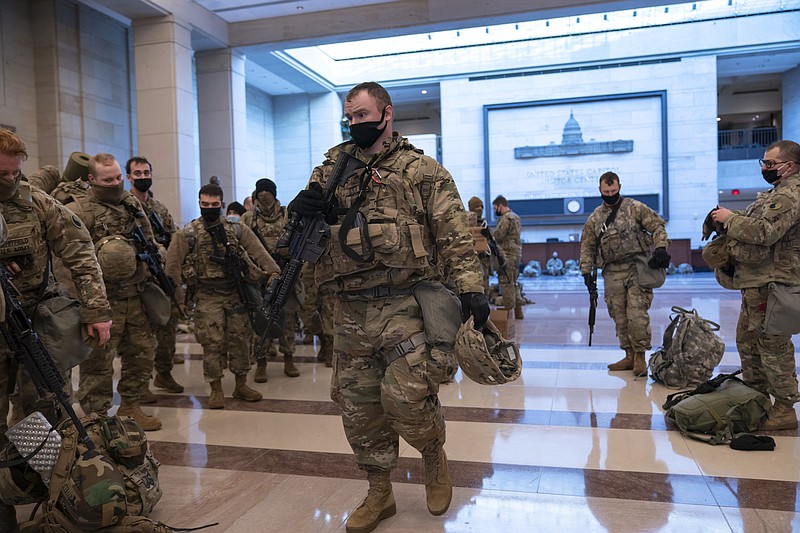 Gov. Asa Hutchinson has authorized the deployment of 500 Arkansas National Guard members for next week’s presidential inauguration, he said.

Hutchinson said he plans to attend Wednesday’s inauguration as a member of the opposition party, and added it’s important to have a peaceful transition.

Approximately 500 soldiers, primarily from the 142nd Field Artillery Brigade based in Northwest Arkansas, along with airmen from the 189th Airlift Wing based at Little Rock Air Force Base, will deploy to Washington starting Sunday and return home before the end of the month, according to a news release issued Thursday by the Arkansas National Guard.

Arkansas guardsmen will work alongside several other states’ National Guard units, the D.C. Metro Police, the U.S. Park Police, the U.S. Capitol Police and the Secret Service, the release states.

According to the Arkansas National Guard, the requested missions include assistance with traffic control and access-control points, traffic management, metro station security, crowd management, patrol on outside fencing, and security at City Hall, the National Mall and the Lincoln Memorial.

The Arkansas Air National Guard’s 189th Airlift Wing will provide a C130H aircraft to transport the guardsmen, the release states.