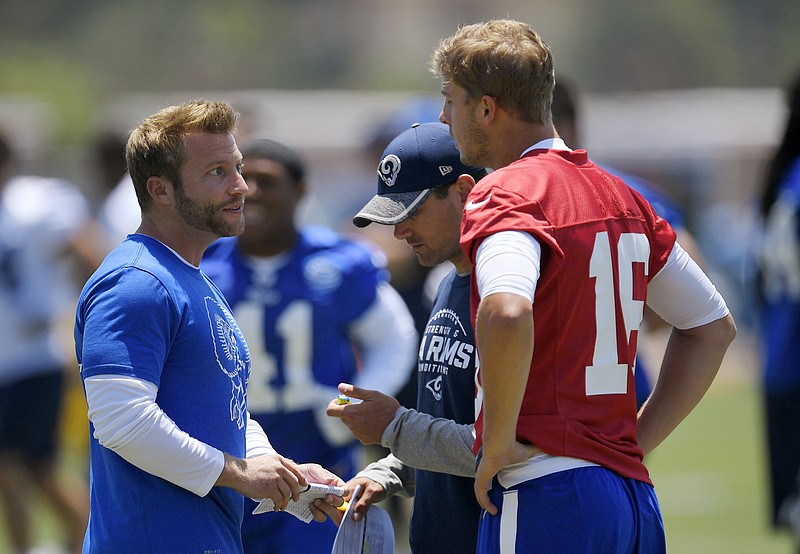 LaFleur was the Rams' offensive coordinator in 2017 during the first year of McVay's head coaching tenure after they spent four seasons as assistants on Mike Shanahan's Washington staff. The top-seeded Packers (13-3) host the Rams (11-6) on Saturday.

"It's not something that even comes to my mind once throughout the game-planning process," LaFleur said. "You're focused on what you're seeing on tape and trying to focus on some of the things you do well and maybe trying to implement some new things. The sole focus has always got to be on the opposition, 100% of your effort has got to be on the opposition and less about who you have personal relationships with."

LaFleur said he learned his lesson as a first-year head coach last season by matching up twice with the San Francisco 49ers, whose staff included his younger brother Mike as passing game coordinator. San Francisco Coach Kyle Shanahan worked at Washington with LaFleur and McVay from 2010-13.

The 49ers beat the Packers soundly both times, including a 37-20 decision in the NFC Championship Game.

"I probably maybe thought about it more last year, whereas I've kind of been there, done that, in regard to that," LaFleur said. "If you're focusing on anything other than who you're going against, then you're wasting time."

McVay said facing a friend and former colleague is somewhat different because each coach knows a little about the other's tendencies. But he said that factor "can be a little bit blown out of proportion" and pointed out that both of them have evolved since their years working together.

"I don't think you want to be naive to the fact that they know a couple of things that you want to make sure you're aware of," McVay said. "But I also think you've got to be careful of not overthinking it. It's about your team versus the opposing team."

McVay credits his time working on Mike Shanahan's staff with LaFleur and the Shanahans for helping mold him into the coach he is now. LaFleur said he sensed McVay was a coaching star on the rise as soon as they met.

"He's like my brother, like my big brother," McVay said of LaFleur. "We've been close for a long time. I can remember even just going back to when we started working in Washington, he and his wife lived across the street, right when they had their first son, Luke. That was before I had met my fiancee, and so I'd come third-wheel it with them a lot. They kind of took me under their wing."

After Mike Shanahan was fired at the close of a 3-13 season in 2013, McVay remained at Washington as part of Jay Gruden's staff while LaFleur spent a year as Notre Dame's quarterbacks coach before heading to Atlanta.

They reunited in 2017 when McVay became the Rams head coach and hired LaFleur. During their lone season together in Los Angeles, the Rams went 11-5 and won an NFC West title after going 4-12 the year before their arrival.

LaFleur left the following year to become offensive coordinator for the Tennessee Titans and have the play-calling responsibilities he lacked at Los Angeles. One year later, he became the Packers head coach.

The Rams reached the Super Bowl in the second year of McVay's tenure. LaFleur owns a 27-7 record (including playoff games) in two seasons at Green Bay.

"I think having an identity is a really important thing to establishing something offensively," McVay said. "You can really see that identity come to life when you flip the Packers tape on and that's a real credit to Matt, their coaches and their players."

The respect is mutual. It just might not be apparent this weekend.

"He's a great friend of mine," LaFleur said, "but the gloves will be off on Saturday." 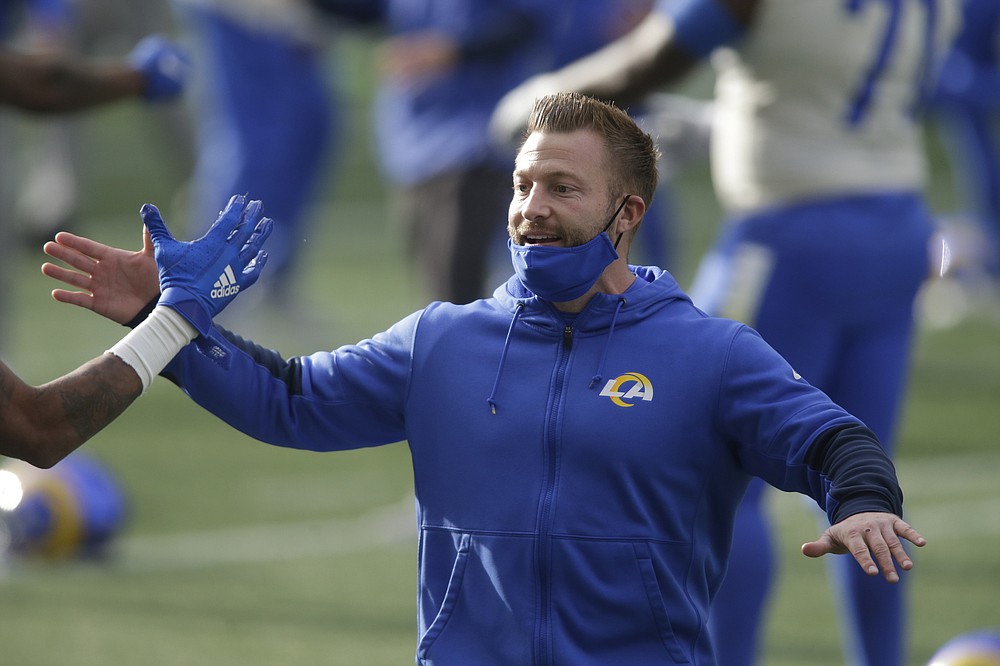 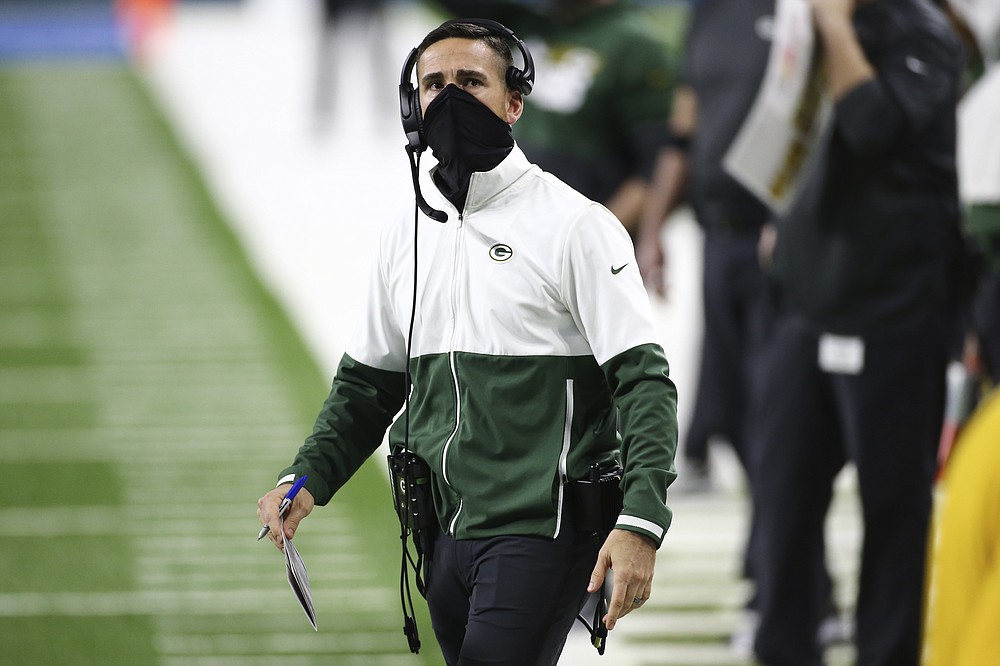 FILE - In this Dec. 13, 2020, file photo, Green Bay Packers coach Matt LaFleur looks to the scoreboard during the first half of the team's NFL football game against the Detroit Lions in Detroit. LaFleur was the Los Angeles Rams’ offensive coordinator in 2017 during the first year of Sean McVay’s head coaching tenure after they spent four seasons working together on Mike Shanahan’s Washington staff. The Packers and the Rams meet in in a playoff game this weekend. (AP Photo/Leon Halip, File)
ADVERTISEMENT