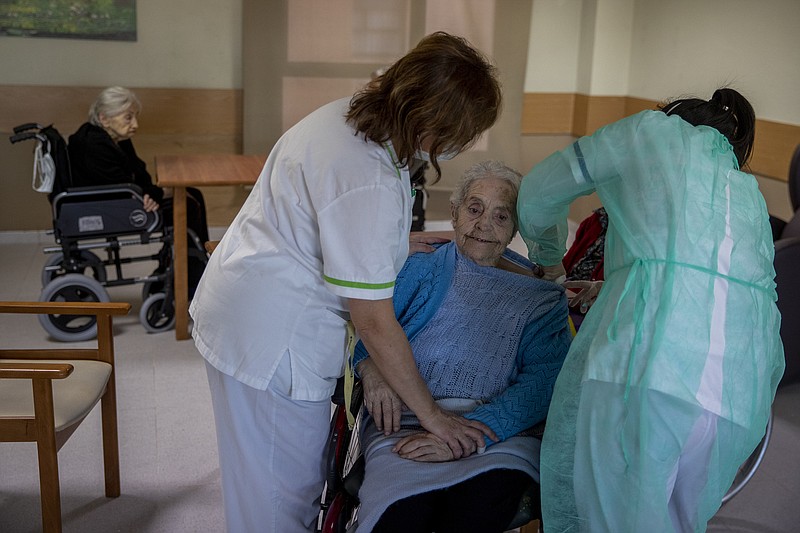 A nurse administers the Pfizer-BioNTech COVID-19 vaccine to a resident at DomusVi nursing home in Leganes, Spain, Wednesday, Jan. 13, 2021. Spain's rate of infection has shot up to 435 cases per 100,000 residents in the past two weeks, prompting new restrictions as authorities try to bring vaccination up to speed. (AP Photo/Manu Fernandez)

BARCELONA, Spain -- A judge in northwest Spain has overruled a family's objections and decided to allow health authorities to administer a coronavirus vaccine to an incapacitated woman in a nursing home.

The case appears to be the first known instance of a court in Europe requiring someone to get a covid-19 vaccine. The Spanish government repeatedly has stressed that shots would be voluntary, as have authorities in other European countries.

In a ruling Wednesday, the judge for the court in the autonomous northwest community of Galicia recently ruled in favor of a request by a nursing home to override the refusal of the elderly resident's family and to proceed with giving her the vaccine.

The resident was deemed by the medical staff at the nursing home to have suffered a cognitive loss to the extent that she "was incapacitated to provide valid consent," according to the ruling.

Judge Javier Fraga Mandian said the court had the legal obligation to intervene in order to protect the woman's health. He said his decision was not based on the welfare of other residents, but that the "existence of tens of thousands of deaths" from the virus in Spain provided what he saw as irrefutable evidence that not taking the vaccine was riskier than any possible side effects.

The company that runs the nursing home, DomusVi, said through its public relations agency that out of all the homes it manages throughout Spain, this was the only case of a family not wanting to vaccinate a resident who had been deemed incapable of making personal health decisions.

DomusVi said that 98% of the 15,000 residents in its nursing homes in the country agreed to receive the vaccine. It said the remaining 2% refused to get vaccinated but unlike the woman are considered fit to make their own health decisions.

DomusVi said it sought the court's intervention in the interest of the health of all the workers and residents at the Galicia facility.

Spain has administered over 581,000 doses of the Pfizer-BioNTech vaccine since it was authorized by the European Union in late December. Spain is also set to roll out its first batches of the Moderna vaccine.

Nursing homes in Spain and across Europe have been devastated by the coronavirus, which spreads quickly among the elderly and individuals weakened by preexisting medical conditions. Over 25,000 people with covid-19 are estimated to have died in Spanish nursing homes since the start of the pandemic.

Other court cases over the non-voluntary administering of vaccines may be on the horizon.

In southern Spain, a state prosecutor said recently that any family members acting as legal guardians for incapacitated nursing home residents could lose their guardianship if they refused to give permission for their relatives to be vaccinated.

The Italian government approved a decree last week to explicitly authorize hospital chiefs and individual doctors to express inoculation consent on behalf of patients who cannot do so themselves, including nursing home residents who are incapacitated and without a guardian to give consent for them.

The World Health Organization has previously said it does not recommend making vaccination against the coronavirus compulsory, fearing that could undermine public confidence in the available vaccines.

Information for this article was contributed by Nicole Winfield and Aritz Parra of The Associated Press. 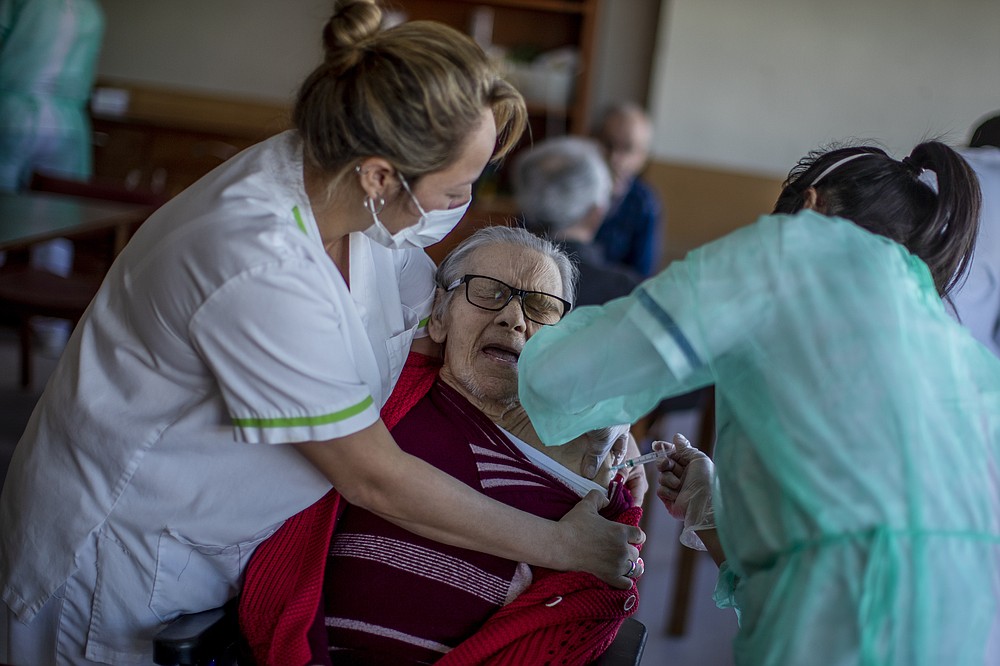 A nurse administers the Pfizer-BioNTech COVID-19 vaccine to a resident at DomusVi nursing home in Leganes, Spain, Wednesday, Jan. 13, 2021. Spain's rate of infection has shot up to 435 cases per 100,000 residents in the past two weeks, prompting new restrictions as authorities try to bring vaccination up to speed. (AP Photo/Manu Fernandez) 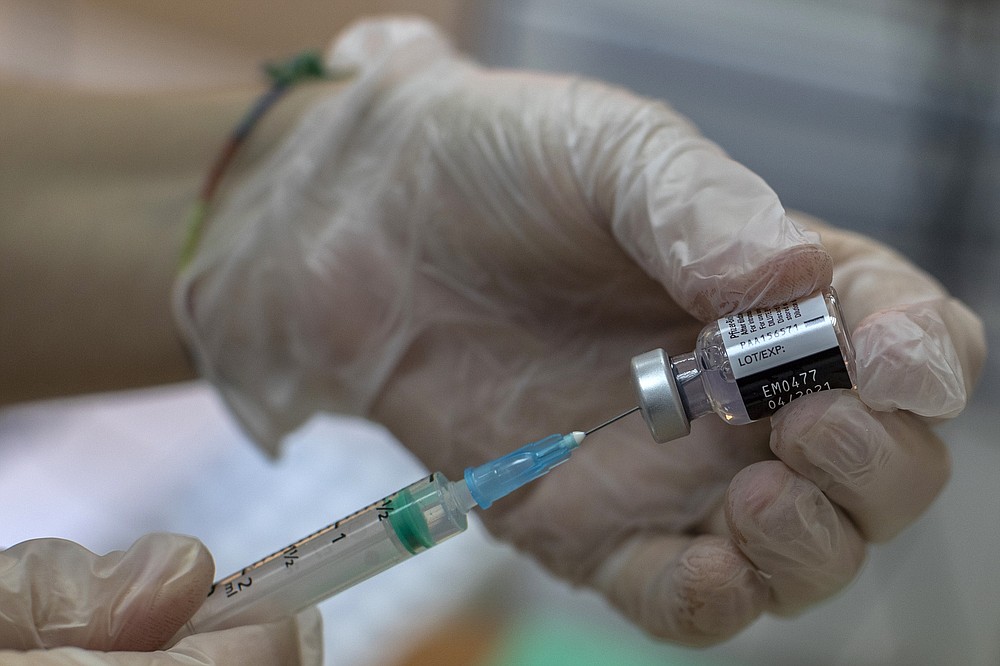 A nurse prepares the Pfizer-BioNTech COVID-19 vaccine for residents at DomusVi nursing home in Leganes, Spain, Wednesday, Jan. 13, 2021. Spain's rate of infection has shot up to 435 cases per 100,000 residents in the past two weeks, prompting new restrictions as authorities try to bring vaccination up to speed. (AP Photo/Manu Fernandez)
ADVERTISEMENT