WASHINGTON -- One week after a deadly assault on the U.S. Capitol, all four members of the Arkansas House delegation voted against impeaching President Donald Trump.

None of them spoke during Wednesday's floor debate. None of them attempted to justify Trump's conduct or to absolve him of blame for his role in the Jan. 6 mob attack on Congress.

"He invited a large crowd to Washington. I thought it was a mistake. I thought the timing was terrible, on the very day that we are doing our constitutional duty and counting the votes," said U.S. Rep. Steve Womack, R-Rogers. "It certainly created an atmosphere that could lead to what happened."

Asked whether the nation would've been well-served by a Trump resignation in recent days, Womack said, "Absolutely, but that hasn't happened."

"From what we control, I just don't see where impeaching the president a second time is going to change anything. He's going to be gone in a week, and we definitely do not want any more unrest in our country," Womack said.

Fearful that last week's violence could be a prelude to further unrest, federal officials were busy fortifying the Capitol on Wednesday.

Those driving into the city were greeted with electronic signs stating: "AVOID TRAVEL TO DC JAN 20."

National guardsmen protected the perimeter of the Capitol complex as giant barriers were being erected. Even within the building, there was a heavy military presence.

Attempting to remove Trump could further inflame things and distract from the work at hand, Womack said.

"Let him go away quietly; as quietly as he can. [That] would be a better course of action than to fan the flames of anger [and] angst and cause people to commit additional acts that are disruptive to our society," Womack said.

"Our country needs to move on. We've got a lot of issues that we're facing right now, and we do not need to be sidetracked, distracted from it," he added. "Impeachment doesn't change anything."

"I believe the president's rhetoric, particularly since the Dec. 14 time frame when the Electoral College votes were certified, contributed to a toxic environment," he said.

Refusing to acknowledge defeat, Trump summoned tens of thousands of supporters to Washington and urged them to march on the Capitol.

Rather than a peaceful protest, lawmakers witnessed what Hill called "a riotous threat to democracy."

"There are many things that Donald Trump could have done significantly better in the postelection period. And I feel that way, also, about President-elect [Joe] Biden and our leaders here on Capitol Hill."

Asked how Biden had contributed to the problem, Hill said, "He's campaigned on unity. He won on bringing people together and working for the betterment of our country."

Lawmakers were briefed Tuesday evening about "far-right extremist militia groups" that are planning to go to Washington to protest next week's inauguration.

"It was a concerning brief," he said. "I'm pleased that the Capitol Police and their local and federal law enforcement partners are stepping up to extend the perimeter around the Capitol."

The number of personnel has also been increased, he said.

"His failure to accept the states' electoral votes resulted in the rally that led to the riot," Westerman said via text message. "And President Trump should have made a stronger statement sooner for the violence to end."

In a written statement, Westerman criticized Wednesday's "rushed process," noting that no hearings had been held and that debate had been minimal.

"[T]he power of impeachment must not be circumvented for the sake of expediency. This rushed impeachment sets a dangerous precedent for future Congresses. In addition, Joseph Biden will become president in seven days. This vote does nothing to remove President Trump before that time," Westerman said.

Recent events "have highlighted divisions in Congress and across the United States," he said. "Even in my immediate family, there are differences of opinion on impeachment. ... My prayer is that we end the divisions and move forward together seeking a more perfect union."

In a written statement, U.S. Rep. Rick Crawford, R-Arkansas, also criticized the swiftness of the impeachment, saying that "rushing and short-circuiting the process of a serious criminal investigation by the House of Representatives would be a risky precedent that could lead to widespread abuse by both parties."

"We have a responsibility to investigate and present findings, and that has not been done," he said.

In an interview, Democratic Party of Arkansas Chairman Michael John Gray said the state delegation should have voted for impeachment.

"The man incited an attack -- an armed attack -- on our Capitol. That's unacceptable; certainly unacceptable for a commander-in-chief," Gray said.

Late Wednesday, U.S. Sen. Tom Cotton, R-Arkansas, announced that he would oppose Senate impeachment proceedings, arguing that the Senate "cannot start and conclude a fair trial before the president leaves office next week."

Once Trump's term of office ends Wednesday, the Senate will no longer have "constitutional authority to conduct impeachment proceedings" against him, Cotton added.

Rather than impeachment, "Congress and the executive branch should concentrate entirely for the next week on conducting a safe and orderly transfer of power," Cotton said. Once that occurs, lawmakers should focus on improving covid-19 vaccination efforts, helping schools reopen and "getting workers back on the job." 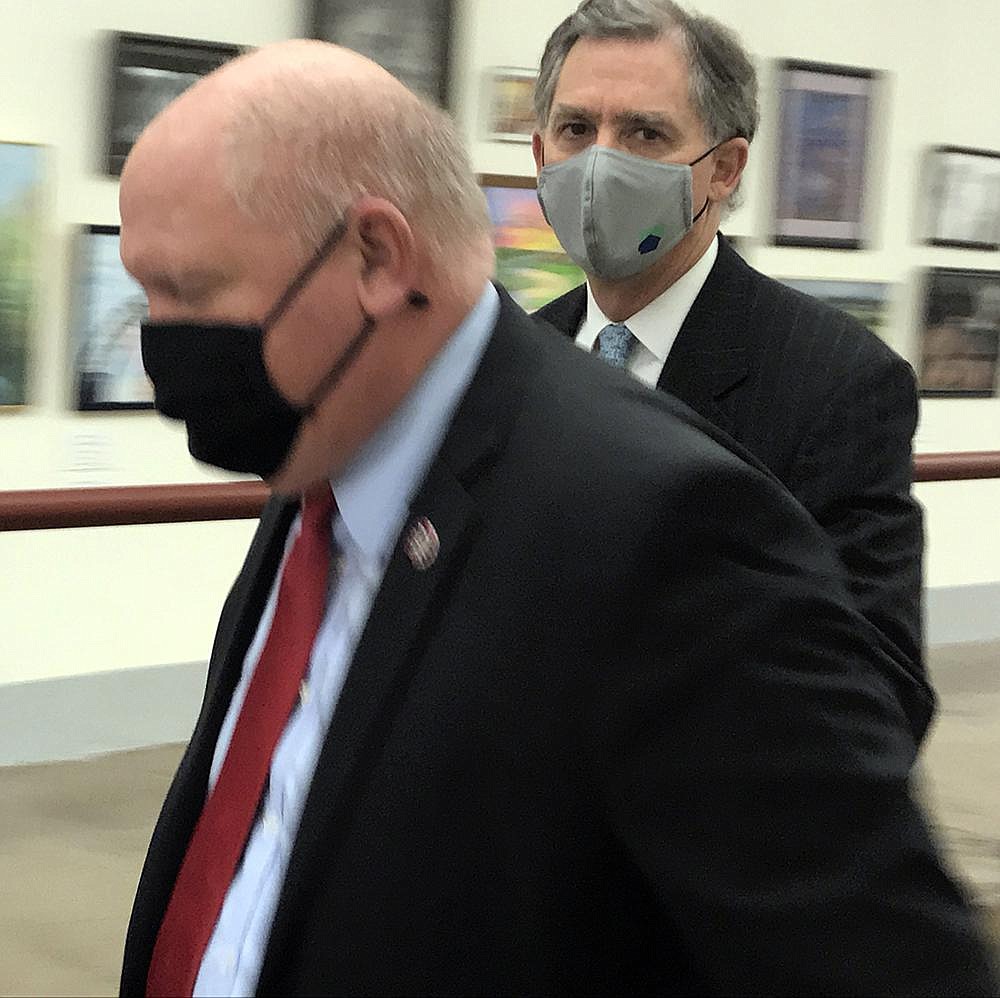