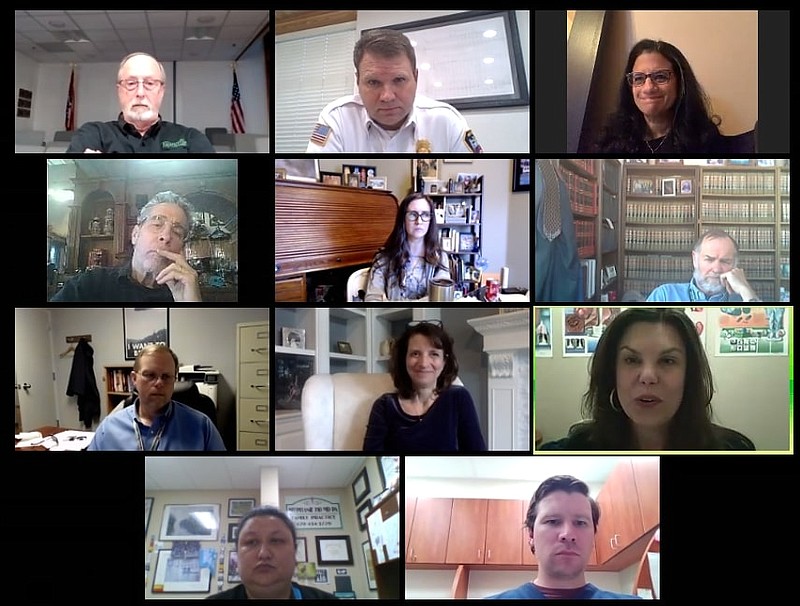 FAYETTEVILLE -- It's going to take a mix of mass vaccination events and distribution among pharmacies and clinics to achieve herd immunity in Washington County over the next several months, the city's Board of Health heard Wednesday.

The board met online on Zoom. Brenna Neuman, pharmacy services manager with Collier Drug, joined the group to talk about the covid-19 vaccine rollout.

Other pharmacies Collier has been in contact with are ready to operate on a larger scale, Neuman said.

"Our pharmacies have only so much square footage, so we really need larger areas in which to vaccinate more people," she said.

Collier has a three-pronged approach, Neuman said: coordinate with community clinics and other pharmacies, make on-site appointments and work with organizations and groups to organize mass vaccination events.

To get to herd immunity in the county within the next six months or so, 1,000 to 2,000 people need to be vaccinated per day, said Marti Sharkey, the city's public health officer.

Gov. Asa Hutchinson on Tuesday announced a reconfiguration of the types of people eligible to receive a vaccine first, moving those 70 and older to the 1-B category, behind hospital workers. Education workers, including K-12, higher education and child care, also were placed in 1-B. Those groups can start receiving vaccinations Monday. Hutchinson said a more detailed plan will be unveiled Friday.

The announcement was unexpected, Sharkey said. Phones at pharmacies starting ringing off the hook, and several people in the 1-B category expected to get a vaccination shot as soon as possible, she said.

"So we're managing expectations as best as possible," Sharkey said.

Neuman said pharmacies so far haven't been looped in on when to expect a clip of several thousand doses of vaccine delivered per week. Sharkey said it appeared the state is unsure what it will get week-to-week from the federal government.

People in Northwest Arkansas appear to be eager and willing to get vaccinated, it's just a matter of having enough doses available and getting people lined up, the board discussed.

Board Chairman Hershey Garner with Highlands Oncology said it will likely be a three- to five-month intense effort to get through the first few groups lined up for vaccination. He asked Neuman if it would be more effective to organize regularly scheduled mass vaccination events or to saturate pharmacies regionwide to get more shots in arms.

"I honestly think it's going to take both strategies," Neuman said. "Our primary care clinics, community clinics, federally qualified health clinics -- we need everyone. The demand...we've never seen anything like it."

For updates from the city’s public health officer, Dr. Marti Sharkey, go to: