IN THE GARDEN: Mild weather has spared non winter-hardy plants 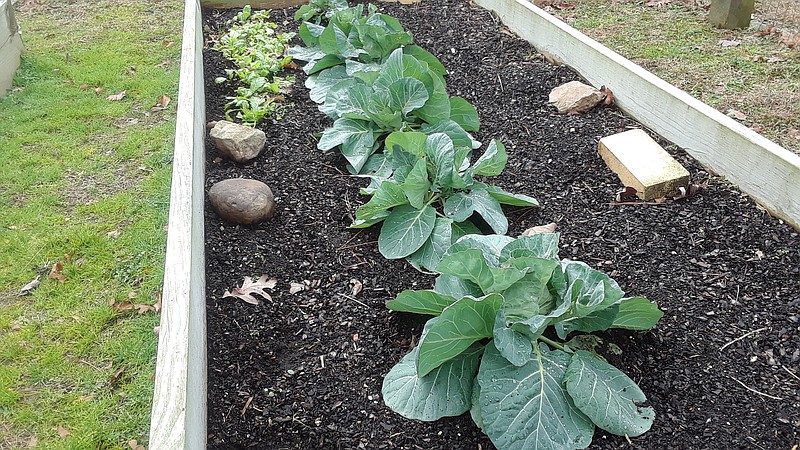 These lettuce plants and cabbages have taken winter in their stride so far. (Special to the Democrat-Gazette)

Q I live near Cave City, a small town about 15 miles north of Batesville. I have three raised beds that are 4-by-12-by-1. I have packaged garden soil in them. This fall when all summer crops were gone, I bought some broccoli, cabbage and cauliflower plants along about mid-September. I really didn't think they would have time to produce before frost, but I wanted something to do. At first, my wife and I covered them a couple of times but then were out of town and couldn't see after them. Lo and behold, they are still thriving after many cold days and nights, a little snow, some big frosts, and at least one morning of 18 degrees! I haven't done anything special to them. Here is a picture of the cabbage and I don't even remember the name of it. I have some lettuce ... yes ... lettuce that will "winter over" from seed given to me by a lady whose family has kept this going for years. What do you make of these? I have never in my 76 years on this earth seen anything like it.

A I have been overwintering vegetables now for a few years. In the past, I would try to cover them if the temperatures were going to be below 26, but this year I haven't covered them at all. By now, lettuce would have been history, and some of the romaine did die out, but it was past its prime. I still have three other varieties of lettuce that are thriving. I also have been harvesting some healthy size broccoli heads. Kale and greens usually make it through fine, but even my Swiss chard is doing well so far this year. I have been hearing similar results from other gardeners. It has been cold, but we have had mild weather in between. I have already seen flowering quince with some open blooms, and several other spring bloomers are trying to bloom. I can't explain why the lettuce didn't succumb to the 18 degrees. Windy, cold weather is easier on plants than cold, still nights. Ample moisture also helps. Enjoy it while it lasts. In less than a month we can start planting cool crops for spring harvest.

Q Can you identify these small white flecks? It is on a bonsai plant. It's on two of the three trees that share the same display. This happened last year during winter as well but seemed to disappear once new leaves formed in the spring. 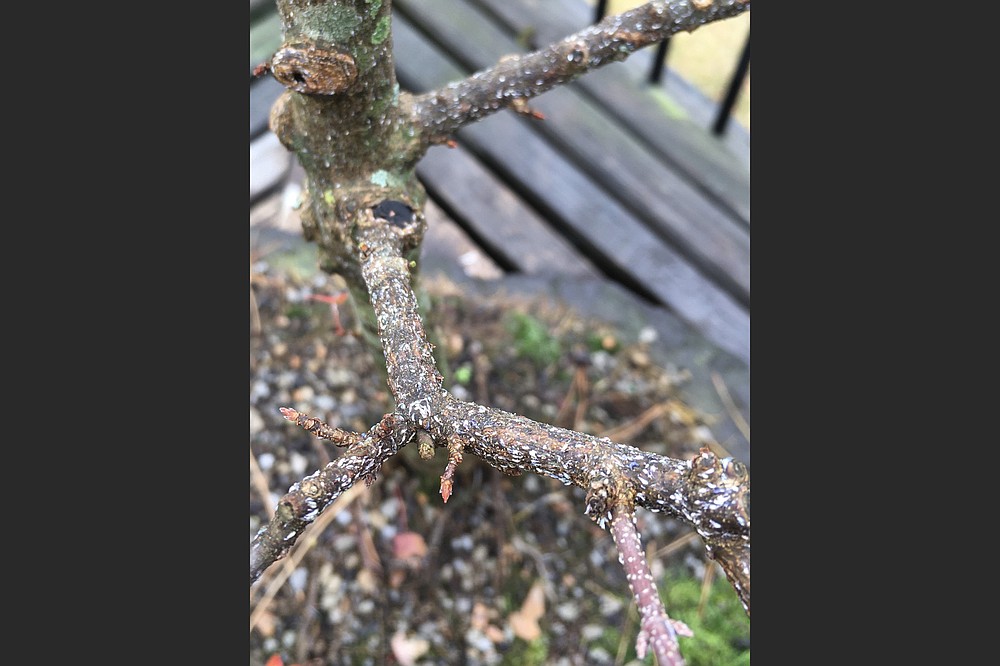 Dormant oil can be applied to smother scale insects while the leaves are off this tree. (Special to the Democrat-Gazette)

A The plants have a pretty heavy case of scale insects. Now that there are no leaves on the trees, you can use a dormant oil to cover the limbs and insects, which should smother the scale. Avoid using the dormant oil on a day when the weather is below freezing. Once the scale insects are dead, they will not fall off, but you should see improved vigor this spring and no new signs of insects.

Q I live in Bella Vista on a hill above the lake on a wooded lot. My entire "yard" consists of this moss?/lichen?/grass? combination. It is beautiful and easy maintenance ... no mowing, only blowing off the leaves. Recently some construction has destroyed part of my "yard." I would like to know if I can resurrect the damage with some kind of transplant or seeding of the existing ground cover. Can you tell me what this is? And how can I cover some newly created dirt areas? 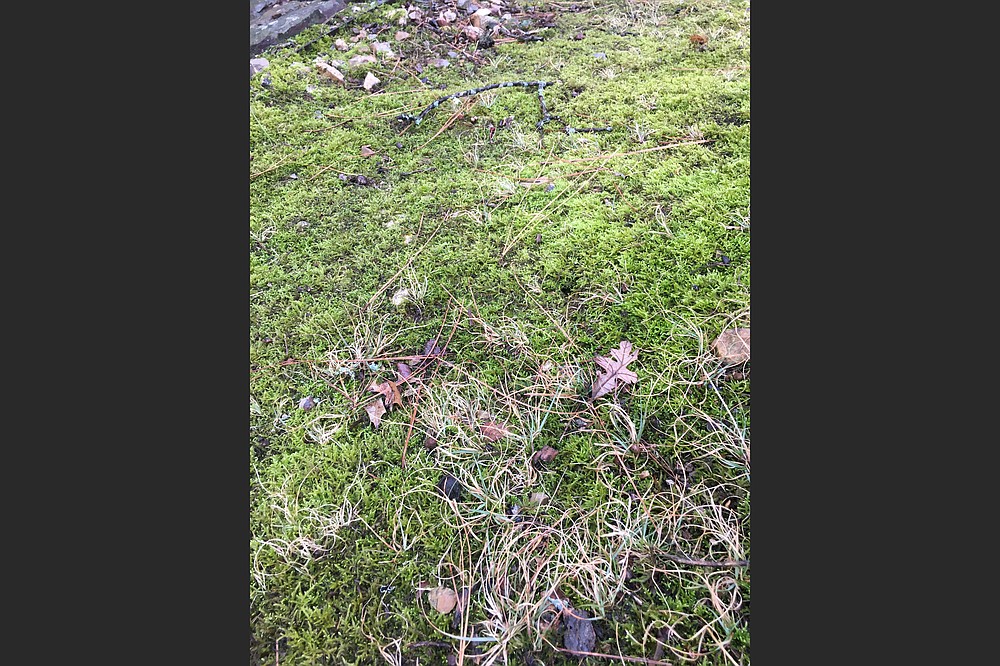 Bits of moss from nearby can be plugged into a damaged section to repopulate a moss ground cover. (Special to the Democrat-Gazette)

A You have a nice stand of moss. There are now some mail-order nurseries specializing in moss where you can buy moss to plant, but I would try using what you have. Wait for spring and then dig up some moss from other areas of the yard and start planting it. Prepare the new site by leveling the soil and packing it down. Moss typically likes a more acidic soil, so you can have the soil tested to see what the pH is and acidify if needed. When you take some of the moss from another area and plug it into the new site, make sure you have good contact between moss and soil and wet the site. Keep it misted on a daily basis for a couple of weeks after planting to make sure it doesn't dry out before it roots. As it takes hold, it will begin to spread and fill in the area.