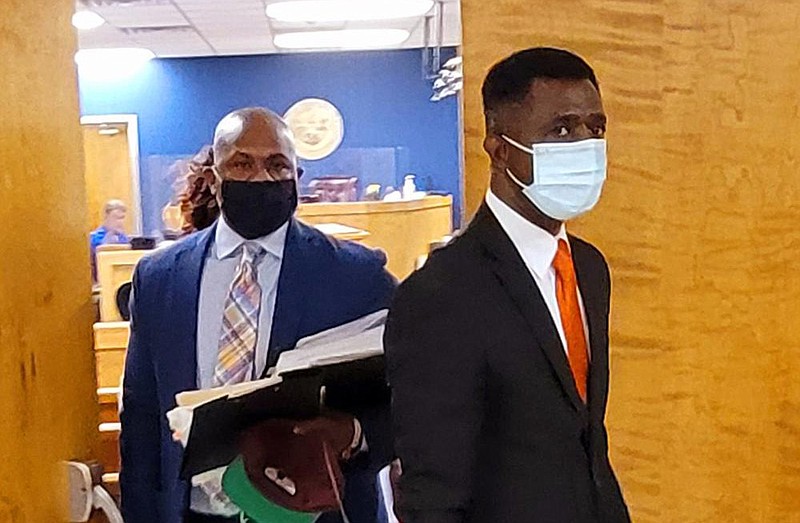 Though not named as a defendant, The Pines mall owner Judy Vu is the face of the lawsuit, and it is her actions that are alleged by the plaintiffs to have caused them a loss of profit. The cinema is at the mall.

According to Swanigan, Judy Vu was contractually obligated to arrange and pay for a third-party inspector to evaluate the condition of the heating, plumbing, electrical, air conditioning and other systems on the premises and to provide a written inspector's report. A copy of the report was to be provided to plaintiff's within five days of the commencement date, according to the agreement. Vu was also obligated to make any repairs necessary at her own expense but did not.

Judy Vu, the plaintiffs said, failed to maintain the building, and roof and water leaks damaged the ceiling and caused mold to build up in the movie theater, according to Swanigan. Vu then failed to remove the mold, which caused the theater to fail the city inspection for permits, the plaintiffs said.

During the scheduled hearing on Friday, where Vu was absent, Wyatt said he had considered all of the remedies that were requested and said that if the court was to grant all them, the result would be more recovery than the plaintiffs were entitled to. He also noted that the "Order Setting Case for the Hearing" was returned by U.S. Postal Service.

The order was sent to 2901 Pines Mall Drive, the address of the mall, but Swanigan said Judy Vu was also served by email.

The judge did grant part of the motion for summary judgment for breach of contract. The remaining request was denied, with the judge stating that to approve it would be inconsistent with the breach-of-contract claim and other allegations.

A jury trial will be set as soon as clearance is given. According to Wyatt, civil jury trials are on hiatus during the pandemic. He did say the case would be the first to go to trial once given the green light by the Supreme Court, which could be as early as June.

After Wyatt made his ruling and dismissed the court, Swanigan said that, although she was not completely satisfied, the day did go according to plans as she knew Vu wasn't going to appear.

"She actually sent an email to my office through an attorney stating that she knew that she was supposed to be here but was refusing to come," said Swanigan. "The attorney explicitly said he wasn't going to come either because he felt like the courthouse should not be open due to covid-19."

Swanigan said that, for the claims that were denied by the judge, she will bring them up when they go to a jury trial if the judge rules they are consistent with the breach of contract.

"It will be interesting to read his actual order to determine what he feels is inconsistent about the fraud complaint," she said. "The fraud complaint wasn't against the other defendants; it was against Theresa Vu and Cameron Appraisal Group so it will be interesting to see what he actually writes down as being a problem with those counts that are against those defendants."

Mays and Ezieme seemed disappointed as they left the courtroom, as they now have to wait months for a jury trial on the damages. On top of that, they have been given 30 days to retrieve their personal property from the mall. After that, they must return the property to the defendants.

"The reality of Mrs. Vu, at this point, is she is finding every way to sidestep her responsibilities," said Swanigan to the Pine Bluff Commercial with Mays and Ezieme by her side. "She has failed to come to court multiple times and she has misstated facts in regards to what the contract says, misstated facts to the court, and provided multiple misinterpretations to the court."

According to Swanigan, one of those misinterpretations was Vu alleging the mall was in foreclosure but never providing documents to substantiate her claim. In the court transcripts from the Aug. 10 hearing, Vu admits she was never sent a foreclosure document, and the investment group, Cameron LLC, was owned by her daughter, Theresa Vu.

"She owns the company, yes; and we are a group of investors and borrow the money," said Judy Vu in the transcript, as she stated she didn't own the mall. "Right now if you go to title company, I don't have -- I don't have the right to signature."

"So your name isn't on it, but you said you guys are a group of investors, i.e., you all work together, correct," asked Swanagin to Vu to which she replied, "The group of investor, but I'm not owner anymore."