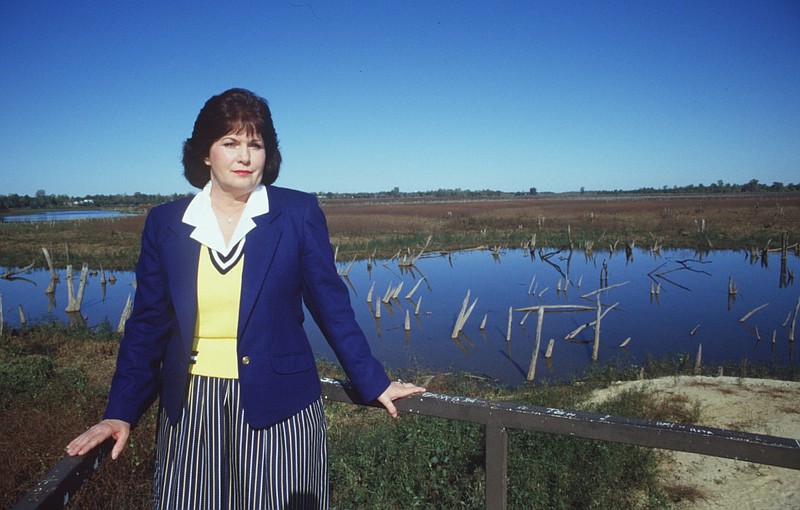 In 1984 Carolyn Robinson was elected to do what no woman had done before — serve as mayor of Pine Bluff.

“She certainly broke the ceiling as far as stepping out there and being a woman,” said Debe Hollingsworth, Pine Bluff’s second female mayor from 2013-16. “I applaud her for that. She did a wonderful job for our city.”

She lay in repose Friday evening at Ralph Robinson & Son funeral home in Pine Bluff. A private funeral and interment will be held at a later date, according to her obituary.

Robinson had already become a trailblazer when she was elected the first alderwoman in Pine Bluff’s history in 1978.

“She broke all the barriers, and she was a fine young lady, a fine person,” said Dutch King, Pine Bluff mayor from 2001-05 and county judge for Jefferson County from 2013-16. “I enjoyed knowing her. I didn’t serve with her, but she did a lot to help Pine Bluff.

“She was the type of person that she did what she thought was right. Once she made up her mind, she was going to stick with it, and she would not let anyone change her mind. She did what was in the best interest of the people of Pine Bluff.”

Former city planner Jeff Hawkins said Robinson was honest and fair, and made clear where she stood.

Robinson “called things like she saw then,” Hawkins said, adding that she was “one of the best mayors I ever worked with.”

Hollingsworth credited Robinson for getting overpasses on Sixth Avenue and 28th Avenue, which were built to facilitate ambulance service in the city.

“She was very forward-thinking,” Hollingsworth said. “I applaud her for her strength and fortitude.”

Joe Dempsey, who handled the advertising accounts for many businesses in Pine Bluff over the years, said he worked with then-mayor Robinson to promote the latest annexation the city approved.

“She was very tireless and energetic, and put in a lot of effort on the project,” Dempsey said. “And we won.”

Carolyn Fox Robinson was born on Aug. 6, 1936, in the Cornerstone community just north of Pine Bluff as one of five children to Carl W. and Josie McPeak Fox. Carolyn’s grandfather, Frank C. Fox, founded and pastored the Friends Church of DeWitt.

Robinson was employed at Arkansas Oak Flooring in Pine Bluff from 1961-75.

“Just an awesome woman, mother and grandmother,” son Robbie Robinson said. “She loved sports as much as the men did. She never missed one of my son’s baseball and football games, no matter how cold or hot it was, whether it was raining or not.”

Robinson’s parents, two sisters and a brother preceded her in death. She is survived by her husband and three children, a sister, three grandchildren and three great-grandchildren, along with nieces and nephews.