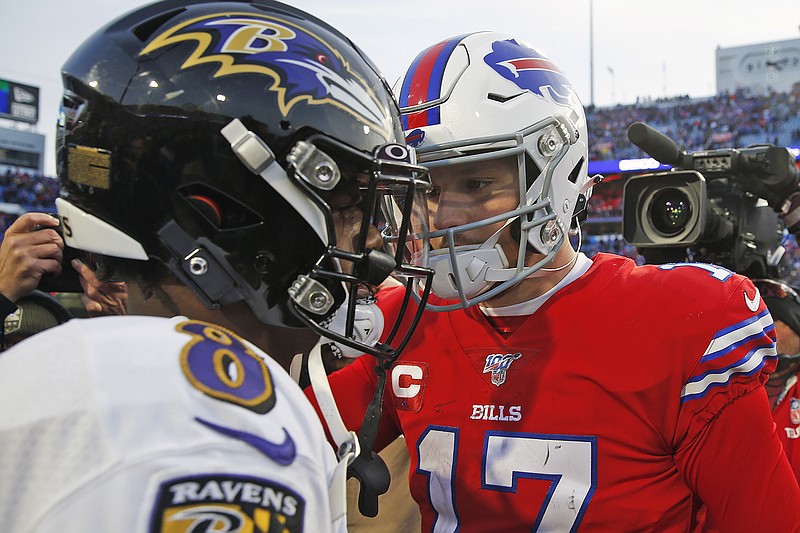 It happened in the 2018 season opener, when the then-raw rookie Bills quarterback was shoved into the Ravens' sideline. Allen hopped up and exchanged words with players and Harbaugh before officials stepped in to separate everyone.

"He came up jawing and talking and shoving and pushing," Harbaugh recalled as fifth-seeded Baltimore (12-5) prepares to face the AFC East champion Bills (14-3) in a divisional playoff tonight. "Rookie quarterback. Man, I love this guy."

Allen was only in the game for mop-up duty after Nate Peterman was benched after throwing his second interception, which led to the Ravens building a 40-0 lead in an eventual 47-3 victory.

What struck Harbaugh is how Allen refused to back down, a quality he also sees in Baltimore's Lamar Jackson, who also made his NFL debut that day as Joe Flacco's backup.

"They've come up on the quote-unquote other side of the tracks from a football perspective, where they came up the hard way, doubted often, and had to overcome that," Harbaugh said. "I always like the underdog."

Allen, whom the Bills traded up five spots to select No. 7 in the 2018 draft, had accuracy issues and was dismissed for playing at lowly regarded Wyoming. Jackson, selected 32nd in 2018, was questioned as to whether the dynamic mobility he showed at Louisville would translate to the NFL.

Three seasons later, both are coming off their first career playoff victories and have their teams one win short of appearing in the AFC Championship Game.

Jackson made his splash last season when he earned NFL MVP honors after leading the NFL with 36 touchdown passes, 43 combined TDs and became the league's first player to top 3,000 yards passing and 1,000 rushing.

And yet, Jackson failed to silence his critics because he was 0-2 in the playoffs before a 20-13 win at Tennessee last weekend. It was a game in which the Ravens overcame a 10-0 deficit -- their largest in a playoff victory -- with Jackson sparking the comeback with an electrifying 48-yard touchdown run.

Allen blossomed into a star this season by setting numerous franchise passing and scoring records, while finishing fourth in the NFL in completing 69.2% of his passes -- a 10.45% jump over last year.

An NFL MVP candidate, Allen is the key reason the Bills matched a franchise record in winning 13 regular-season games and clinched their first division title in 25 years.

Allen benefited from spending three years being groomed by offensive coordinator Brian Daboll, and the influx of talent brought in by GM Brandon Beane. The most notable addition this offseason was acquiring receiver Stefon Diggs in a trade with Minnesota.

Much like Jackson, Allen prefers putting the past behind him and focusing on the next challenge.

And yet, he remembered his encounter with Harbaugh, and noted how the two laughed about it the following April when they bumped into each other at The Masters.

"My first game, yeah. I've changed a lot since then. My mannerisms and my temper's a little different than it was back in the day," Allen said. "I don't forget those days. They've helped me get to where I am." 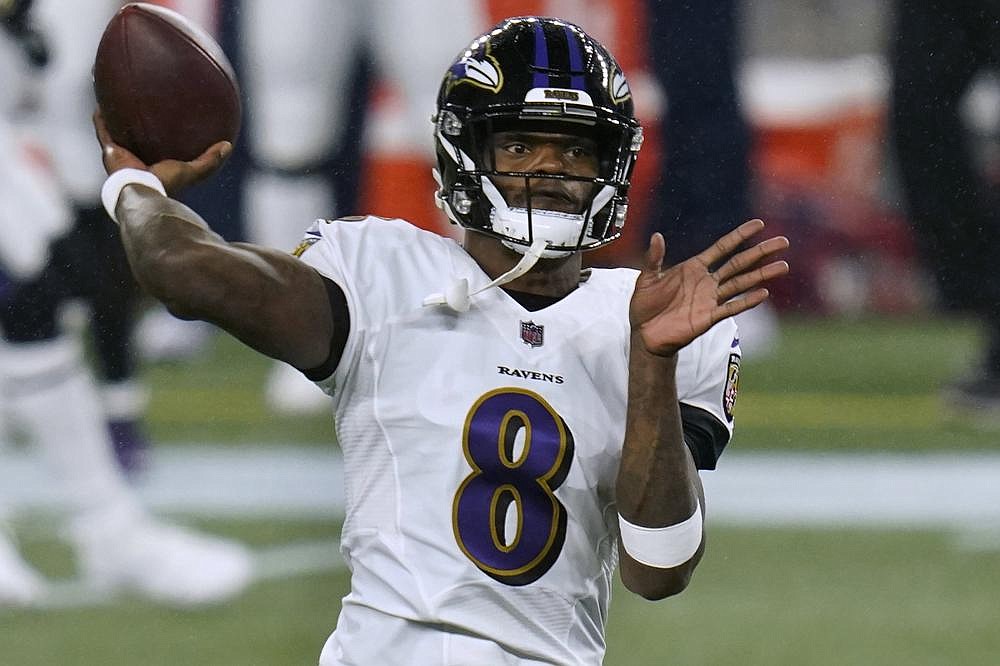 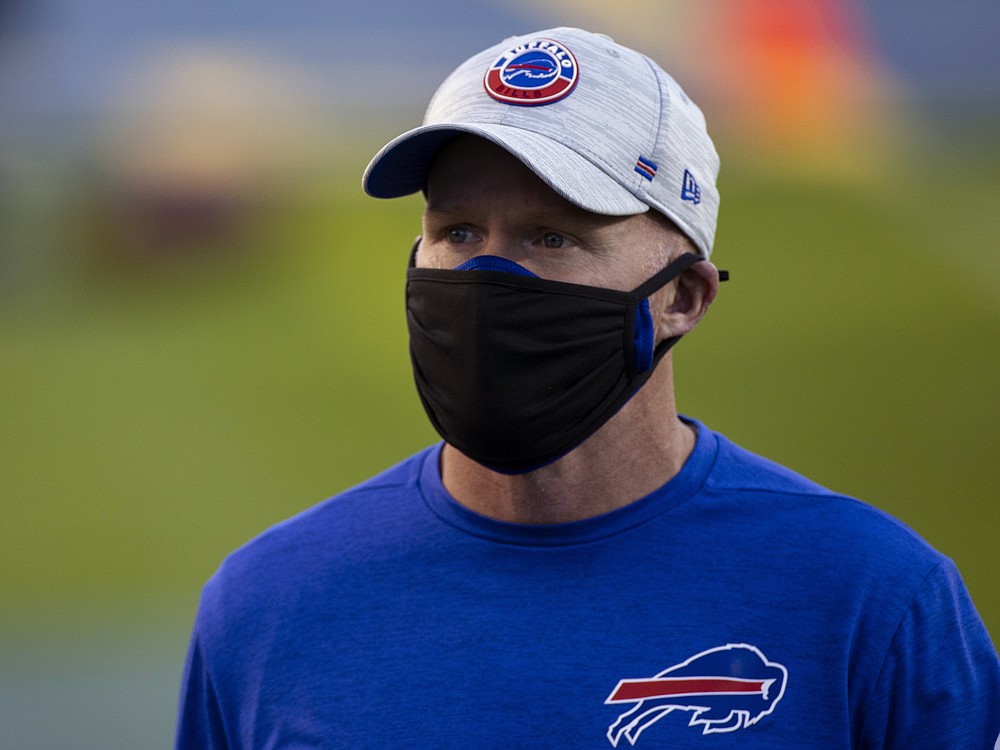 FILE - Buffalo Bills head coach Sean McDermott walks off the field before an NFL football game against the Tennessee Titans in Nashville, Tenn., in this Tuesday, Oct. 13, 2020, file photo. The Bills and Baltimore Ravens meet in an AFC divisional round playoff game on Saturday, Jan. 16. (AP Photo/Brett Carlsen, File)
ADVERTISEMENT