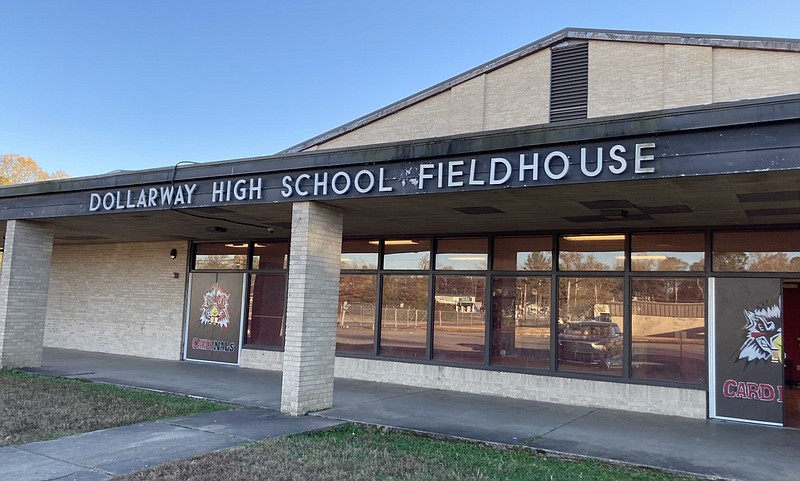 New federal funding to help school districts cope with covid-19, the state-ordered annexation of the Dollarway School District to Pine Bluff and draft legislation were among the reports made by education leaders Friday to the Arkansas Board of Education.

Arkansas education is to receive $558 million from Coronavirus Response and Relief Supplemental Appropriations Act of 2021, at least 90% of which must be passed on for school districts to use by September 2023.

As a result, individual districts will have access to hundreds of thousands and even millions of dollars from the act -- on top of $128 million the state received for education earlier in 2020.

The Little Rock School District, as an example, will have access to $28.6 million as a result of the latest round of special funding.

Deborah Coffman, assistant commissioner of public school accountability in the state Division of Elementary and Secondary Education, told the Education Board that the federal money can be used to reimburse school districts for a long list of their expenses.

Those qualifying expenses include academic program upgrades, interventions for students who are academically behind, hiring of personnel such as tutors, extending the length of the school year, improving air quality in schools, providing school meals, purchasing personal protection equipment, addressing social and emotional needs of students, and updating parent communication systems.

"It's really wide open," Coffman said. "What you should not do is waste money. You need to look at it strategically because the federal expectation is that on the other side of covid-19 -- on the other side of these funds -- do our schools provide a better learning environment, health-wise and academically?

Arkansas Education Secretary Johnny Key called for caution in how the federal money is used for personnel.

It can't be used for traditional bonuses to school employees, division leaders said Friday, but it could be used for payment for additional duties taken on by staff.

"The good news out of this is we have funds," Coffman said. "Often we are asked to do things without funds. We have funds, substantial funds, and if they are spent wisely, they can make a huge impact in school districts and for kids."

Education Board member Fitz Hill of Little Rock asked about the state authority in saying how the money must be used in certain ways, such as mandating academic programs in the summer for young people who are achieving below their grade level.

Does each school decide on its programs? Hill asked, adding that some students need to work on academics in the summer just like they work on athletics.

"With this funding, the state sets up the buckets but the districts determine how to spend the money," Key responded, noting that some lawmakers have suggested that the state direct how the money is spent.

"We can't tell school districts what they have to do with this funding," he said. "And we can't say from the department what every district needs. We know there are situations where we think a district needs some kind of program. But, here's the thing, a district has a history of knowing what the participation rate is. When you say 'summer school,' summer school just sounds bad. People don't want to participate in it. Typically when we are working with districts that have summer school, participation is lower than expected.

"We need to rethink what we are doing," Key continued. "We do need to think about extending the school year. Maybe we need 'mini-mesters,'" he said. "We might need three or four weeks of intensively working on deficiencies. It takes some creativity."

The state-controlled Pine Bluff School District is eligible for $ 7.7 million in the federal funds and the Dollarway district to be absorbed by the Pine Bluff system July 1 will receive $2.7 million.

Deputy Education Commissioner Stacy Smith said that is a lot of money and a robust spending plan is needed that will engage students in learning and fill in their academic gaps. She noted that both districts have high numbers of students who have elected online instruction in this covid- pandemic school year.

Smith and her staff are working with Barbara Warren, superintendent of the two districts, on the merger approved by the Education Board in December.

The Dollarway district has been under state control for five years for academic and financial problems, at which point the state Education Board by law had to either return the district to local control, merge it to another district or reconstitute it in some other way.

Planning for the July 1 annexation includes staffing the newly expanded district more efficiently, Smith said. The two districts have average ratios of students to teachers in a class that are as low as 13- or 14-to-1. That is below a preferable ratio of 23- to 25-to-1. Still, Smith said there won't be large numbers of employee layoffs because of typically high rates of employee resignations rates in both districts.

Smith said she was pleased with evidence in the Pine Bluff district of increased monitoring and coaching of teachers by principals. But she was disappointed that Pine Bluff 's most recent annual audit reported 13 violations.

Also Friday, Key presented for the Education Board an overview of legislative bills that the education division is supporting in the General Assembly.

Those include bills to:

• Raise the average teacher salary in the state and reduce what is now a $21,000 difference between average salaries among the school districts.

• Require high school students to earn a credit in computer science to graduate from high school.

• Give the state Education Board oversight and rule-making authority for career and technical education.

• Push back the state deadline for all teachers to show their knowledge or proficiency in the science of reading instruction.

• Expand the use of college and career coaches to all 75 counties.

• Move the deadline for the yearly return of state-mandated test results from July 1 to Aug. 1, to enable schools to have a longer window for student testing in the spring.

• Require school districts to submit a three-year plan for using their Enhanced Student Achievement money from the state. Previously known as the National School Lunch Aid, the state funds are distributed among districts based on their student poverty rates.