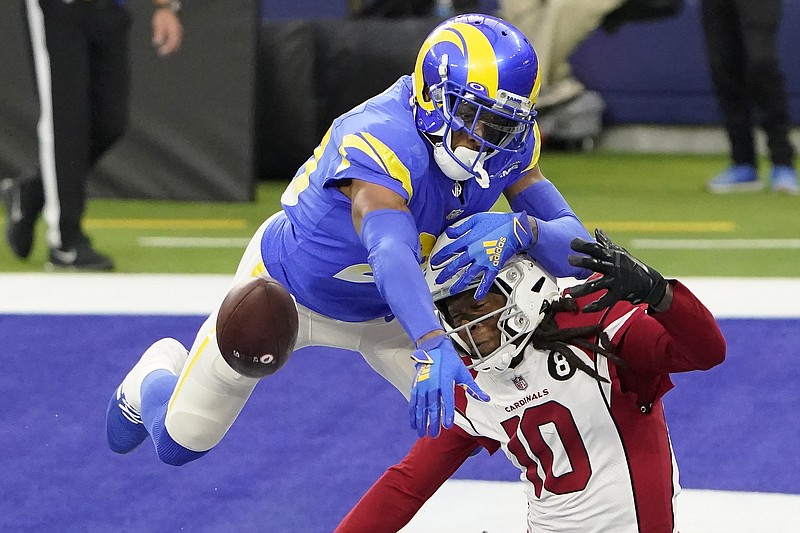 Yet one element stands apart -- quite literally at times.

Nearly every team still vying for the Super Bowl has an elite cornerback often capable of shutting down an opponent's top receiver all by himself.

On the AFC side are Pro Bowlers Tre'Davious White of Buffalo -- a second-team All-Pro -- and Marlon Humphrey of Baltimore, along with the Ravens' Marcus Peters and Cleveland's Denzel Ward.

"Those guys are all outstanding players," Staley said. "But, you know, we feel like we have the best guy."

Most of the defensive coordinators left in the postseason feel the same way about their own top cornerback -- and with good reason in most cases.

Ramsey's matchup with fellow All-Pro Davante Adams is among the most interesting aspects of the Rams' trip to Green Bay today, but every postseason game this weekend offers a chance to watch an elite cornerback doing his best to tear up an offense's game plan.

"It changes the math," Staley said. "Traditionally, if you need to help a corner on a premium wideout, then there are going to be individual matchups elsewhere that affect the other players on your defense. When you have a corner like Jalen, it changes the math. And when you have a player that is as versatile as Jalen, where you can put him several different places within a formation, then it increases his value, and the value that he creates for his teammates."

The Rams don't use Ramsey exclusively as a shutdown corner. Staley's scheme has employed Ramsey in multiple roles throughout the season, and his job often changes from play to play.

But having the option to remove an opponent's top receiver from its quarterback's targets is an invaluable asset. Just ask Packers defensive coordinator Mike Pettine, who can assign the talented Alexander -- a second-team All-Pro -- to shut down anybody.

According to Pro Football Focus, Ramsey (0.53) and Alexander (0.64) allowed the fewest yards per snap in the league among cornerbacks with at least 400 coverage snaps.

"Just from a schematic standpoint, it's nice knowing how good we can feel about his matchup and basically eliminating potentially one side of the field," Pettine said. "You just love his approach, his personality. How much he loves it. And he has the mentality that a corner has to have. This is not a guy who lets one bad play turn into several. Hey, if he has a bad play, he shakes it off and it's on to the next one, and that's contagious."

Knowing what an offense isn't going to do -- throw at a top cornerback, for instance -- is an important piece of information. But Pettine points out another valuable asset provided by most of these top cornerbacks: A confidence that spreads throughout the defense.

"I'm not always the tallest and biggest person out there, but I have that confidence that I'm the best," Alexander said. "My skills and talents showcase that. I bring it out. I bring that inner confidence out on the field by my play, by how I talk, how I've got handshakes with everybody on the team. That comes from confidence. I'm not afraid to display that."

The absence of elite cornerbacks is felt almost as powerfully as their presence.

Ward is expected to play Sunday when the Browns face Patrick Mahomes and Kansas City's high-octane offense, and he's likely to match up frequently with Chiefs speedster Tyreek Hill, who has 15 receiving TDs.

Ward might not change the result by himself, but Browns Coach Kevin Stefanski knows their chances improve with him on the field.

"Denzel is very, very competitive," Stefanski said. "I've been very impressed to watch him work. I think you've seen in the games, he's made an impact when he's out there, so that's something that is very impressive to me."

Oddly enough, the remaining playoff team perceived to have the least dominant cornerbacks is defending champion Kansas City, the favorite to make it back to the Super Bowl. Yet Charvarius Ward and Bashaud Breeland were solid enough to rank the Chiefs' secondary in Pro Football Focus' top 10, among other accolades.

"Some of the best cornerbacks happen to play on the best teams, that's all I can say," Bills safety Micah Hyde said. "I don't think having great corners is going to take you to the playoffs. Obviously, you need a great team to be there. But there are some very talented corners and some very talented teams." 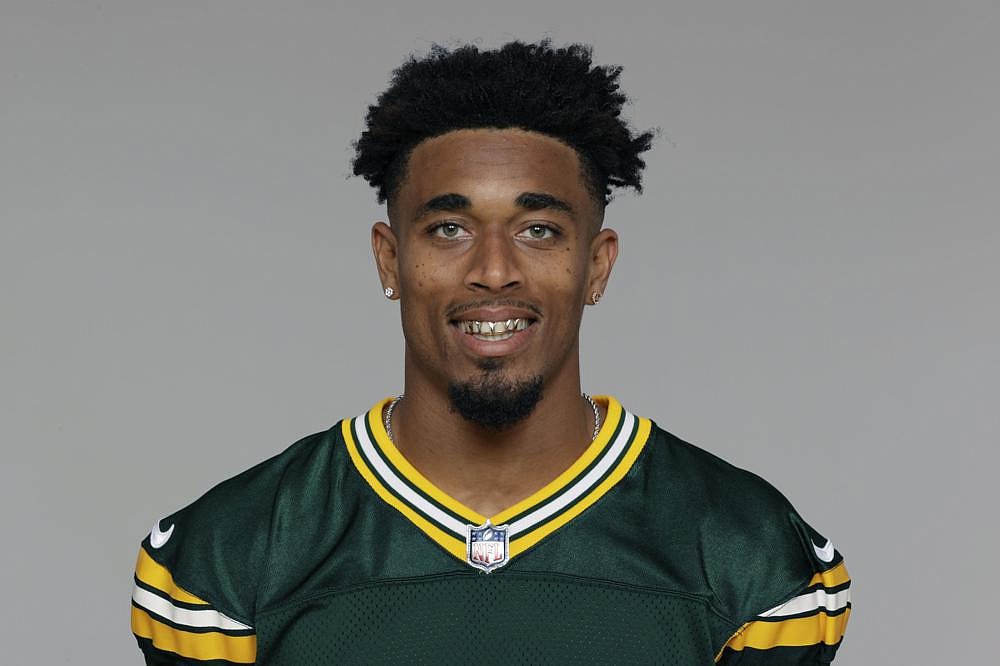 This is a 2020 photo of Jaire Alexander of the Green Bay Packers NFL football team. (AP Photo) 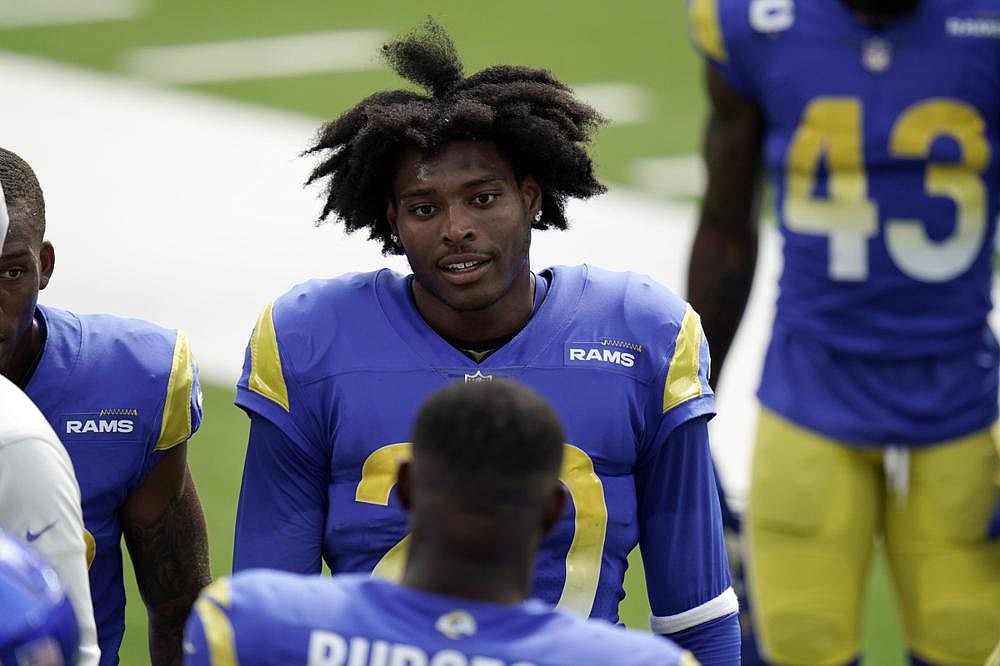 Los Angeles Rams cornerback Jalen Ramsey (20) looks on from the sideline during the first half of an NFL football game Sunday, Oct. 4, 2020, in Inglewood, Calif. (AP Photo/Jae C. Hong) 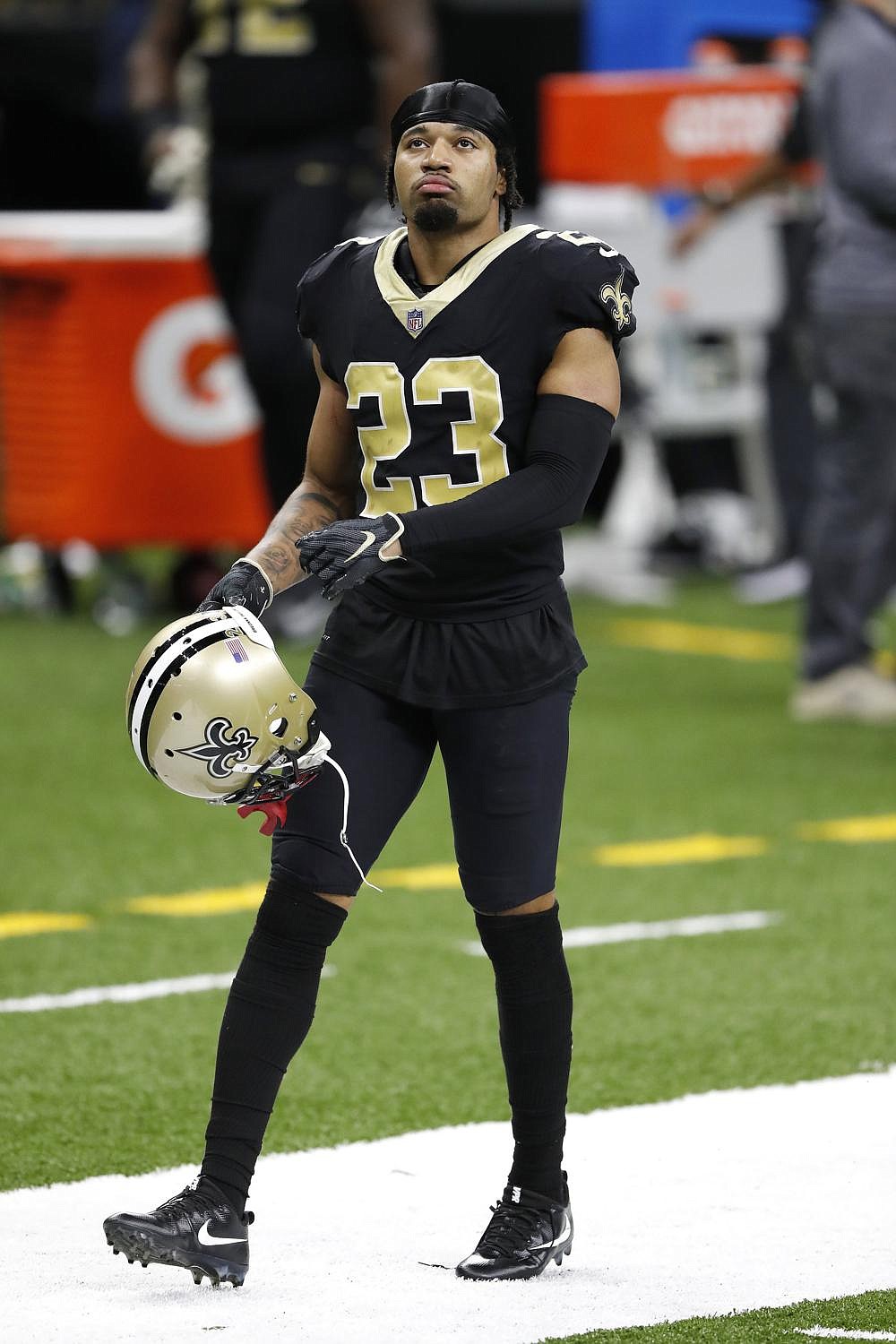 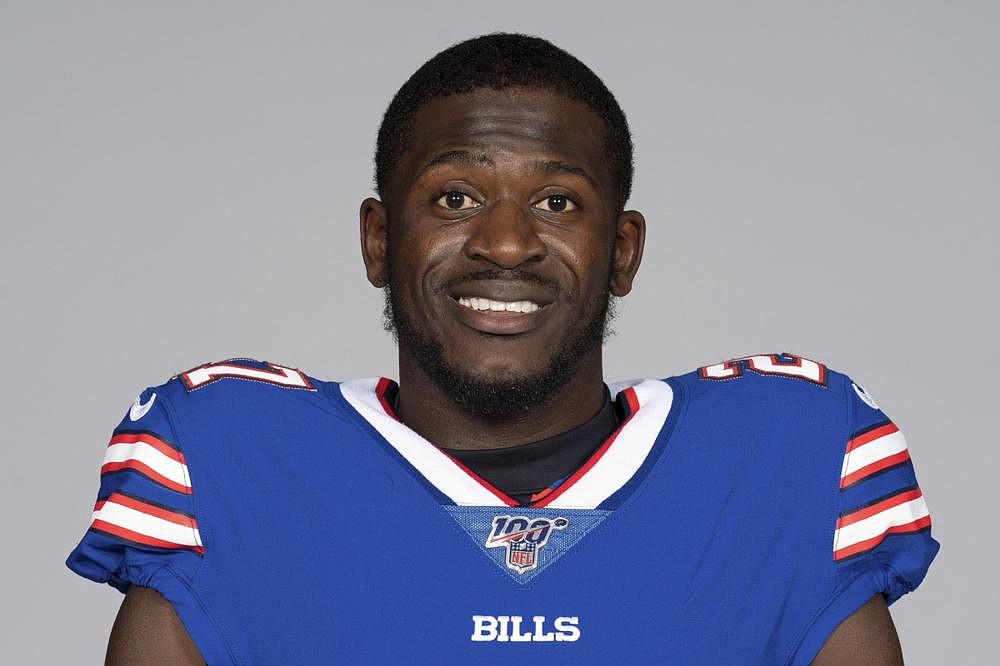 This is a photo of Tre'Davious White of the Buffalo Bills NFL football team. (AP Photo) 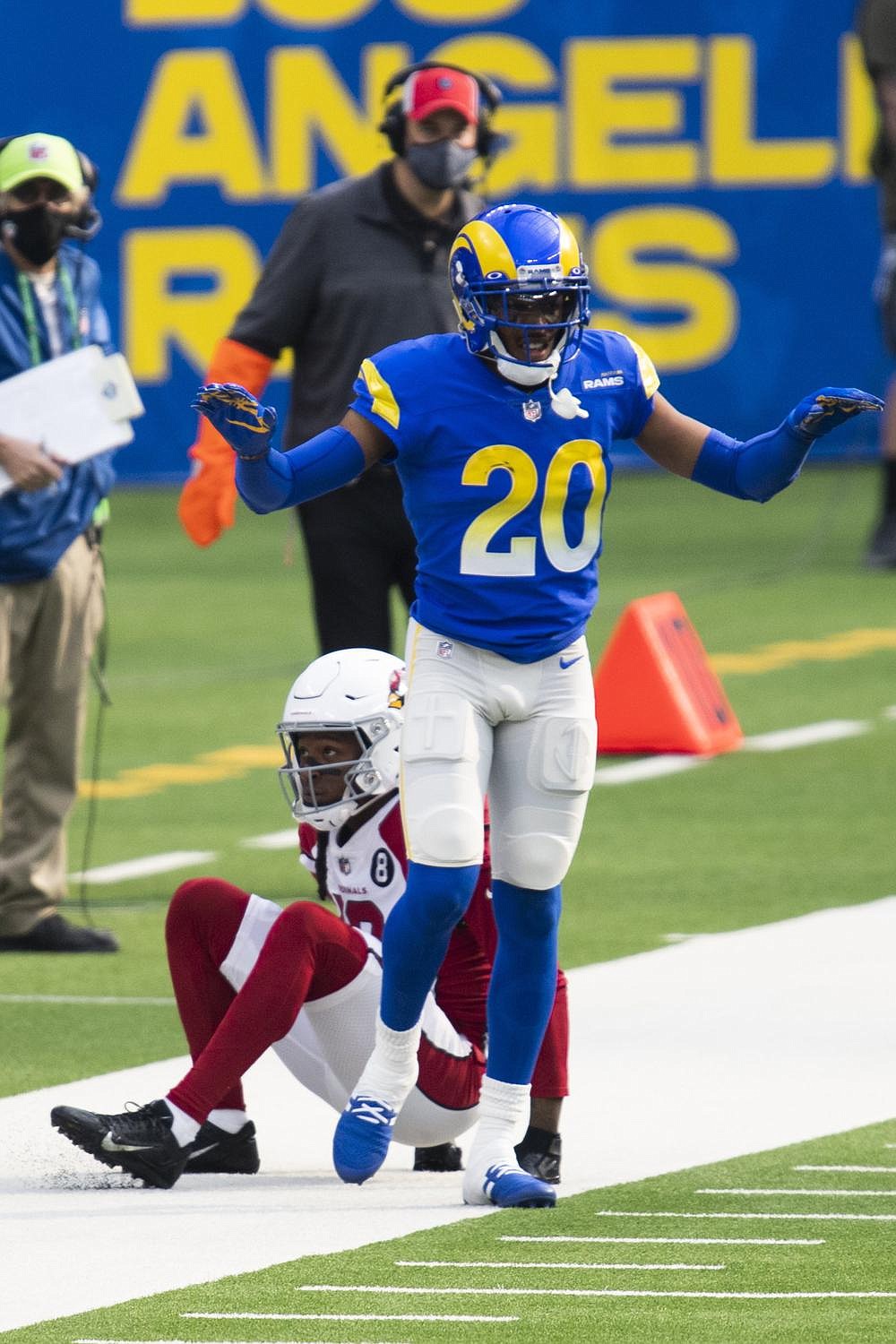 Los Angeles Rams cornerback and All-Pro selection Jalen Ramsey is used to going up against the top receivers in the NFL. But Ramsey will have his toughest challenge of the season today against Green Bay’s Davante Adams, who has a league-high 18 touchdown receptions this season. (AP/Kyusung Gong) 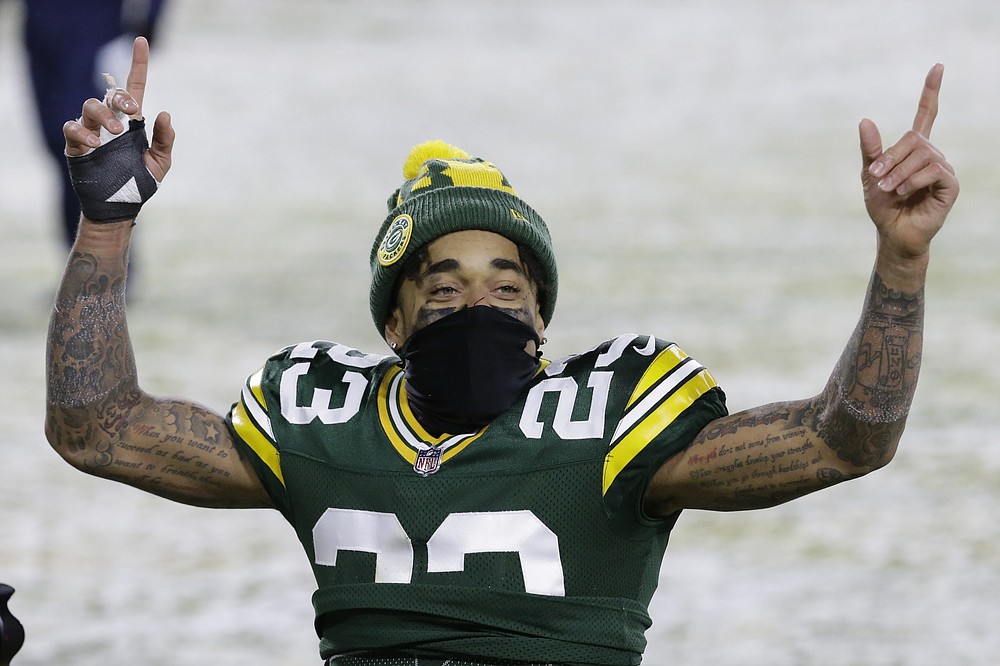 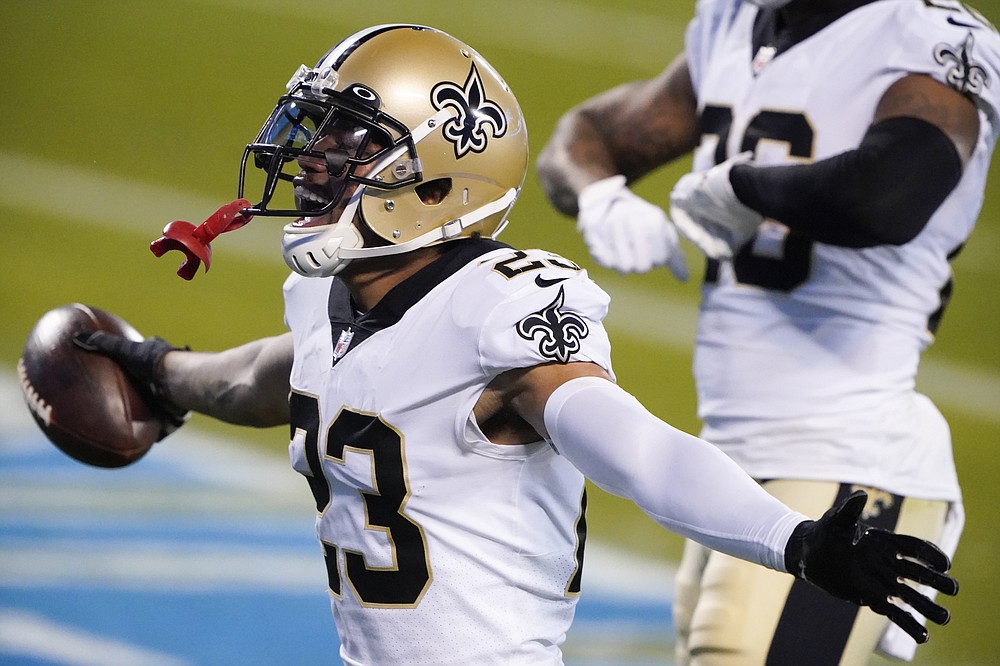 New Orleans Saints cornerback Marshon Lattimore celebrates after an interception during the second half of an NFL football game against the Carolina Panthers Sunday, Jan. 3, 2021, in Charlotte, N.C. (AP Photo/Brian Blanco) 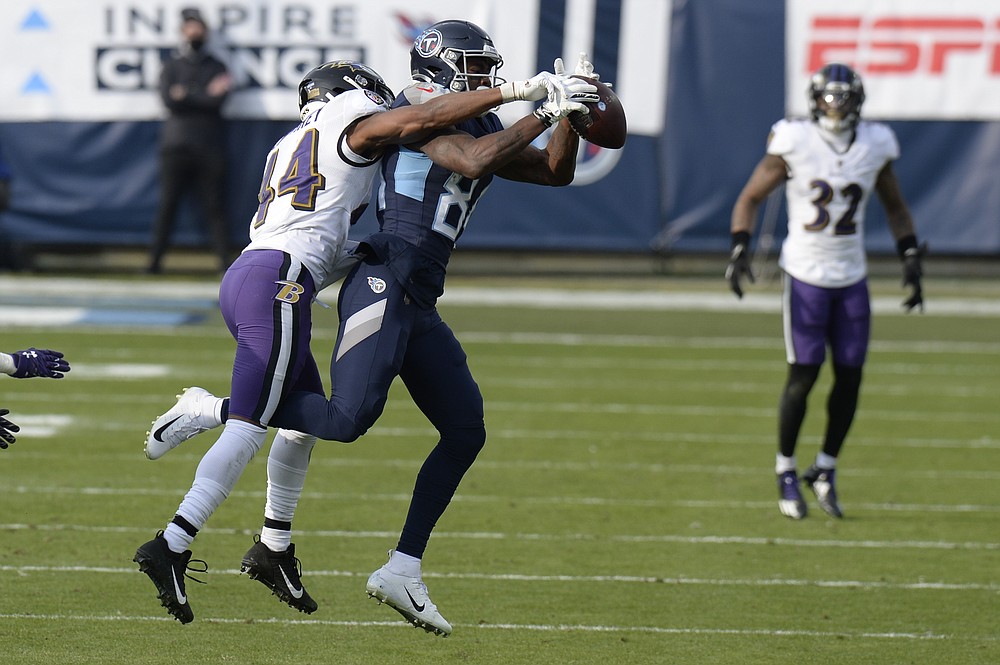 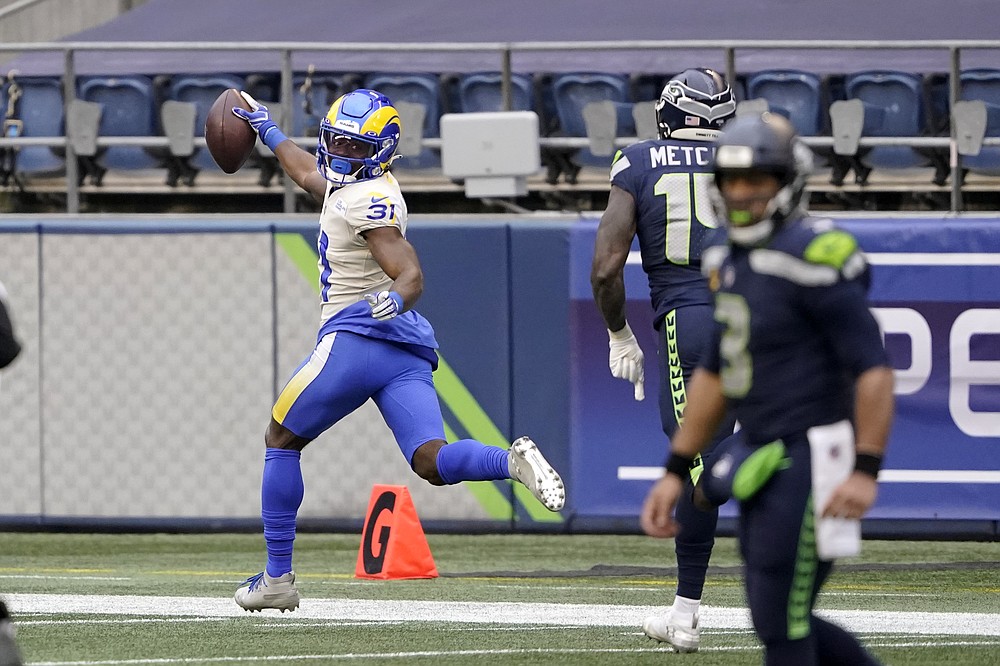 Los Angeles Rams defensive back Darious Williams (31) looks back as he scores on an interception from Seattle Seahawks quarterback Russell Wilson, right, during the first half of an NFL wild-card playoff football game, Saturday, Jan. 9, 2021, in Seattle. (AP Photo/Ted S. Warren) 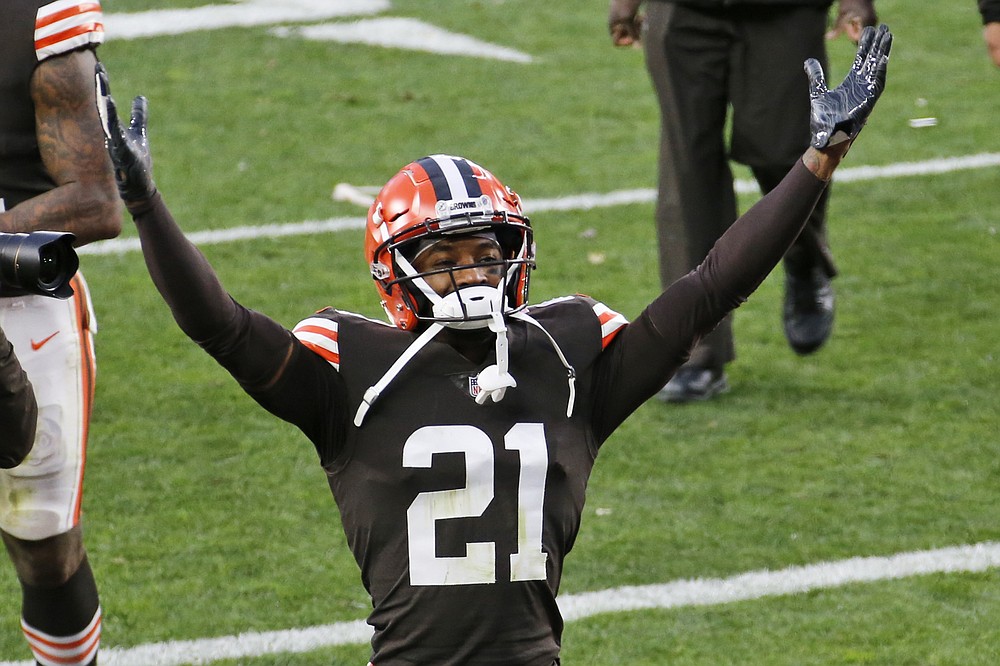 FILE - In this Sunday, Nov. 15, 2020 file photo, Cleveland Browns cornerback Denzel Ward celebrates after the Browns defeated the Houston Texans 10-7 after an NFL football game in Cleveland. The Browns are trying to shake free from COVID-19 to face the Steelers. Cleveland's issues with the virus intensified Thursday, Dec. 31, 2020 as top cornerback Denzel Ward and linebacker Malcolm Smith were placed on the COVID-19 reserve list and the team was forced to close its facility before canceling practice with the biggest game in decades coming fast.(AP Photo/Ron Schwane, File)
ADVERTISEMENT