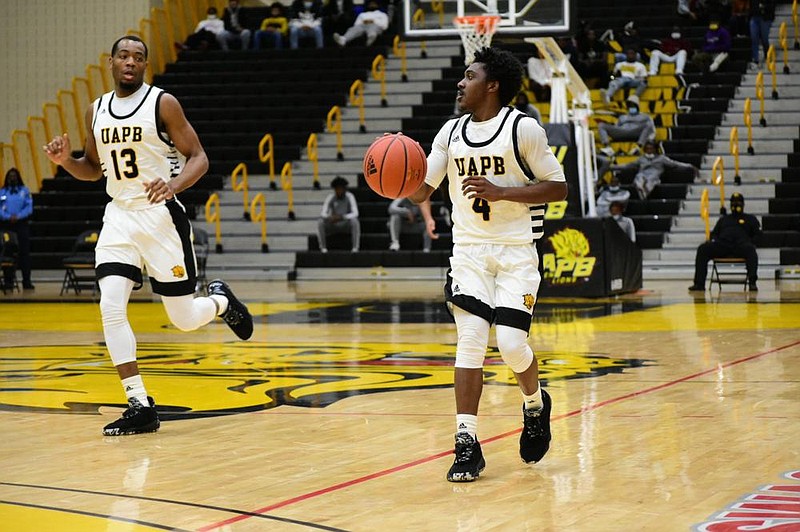 Tipoff times are 2 p.m. for the women and 4:30 p.m. for the men. The Lady Lions and Golden Lions then will visit Alcorn State in Lorman, Miss., for Monday contests starting at 1 and 3:30 p.m.

The UAPB Sports Network radio broadcast begins 15 minutes before each women’s game on 99.3 FM The Beat, online at uapblionsroar.com/live and on the free UAPB Athletics App.

The Lady Lions (2-7, 1-2 SWAC) will look to bounce back after home losses to Alabama State (87-79) and Alabama A&M (57-47) this past week. Khadijah Brown has posted double-doubles in three straight games and five times this season. Brown is coming off a 12-point, 10-rebound game Monday against the Bulldogs, and Nissa Sam-Grant blocked a career-high eight shots in a strong UAPB defensive effort.

Doss earned his second-consecutive SWAC honor after recording his third-straight double-double with a career-high 31 points with 10 rebounds, three assists, two steals and two blocks against the Hornets. In the last three games. Doss is averaging 26.3 points, 11.3 rebounds, 2.3 assists, 1.0 steals, and 1.3 blocks.

Southern (1-4, 1-0) opened SWAC play with a Saturday night win at Grambling (61-55). Three of their scheduled league contests have been postponed. Damiree Burns and Jayden Saddler each lead Southern in scoring (11.0 points per game) and are also the top rebounders (Saddler 6.3 per game, Burns 5.5 per game).