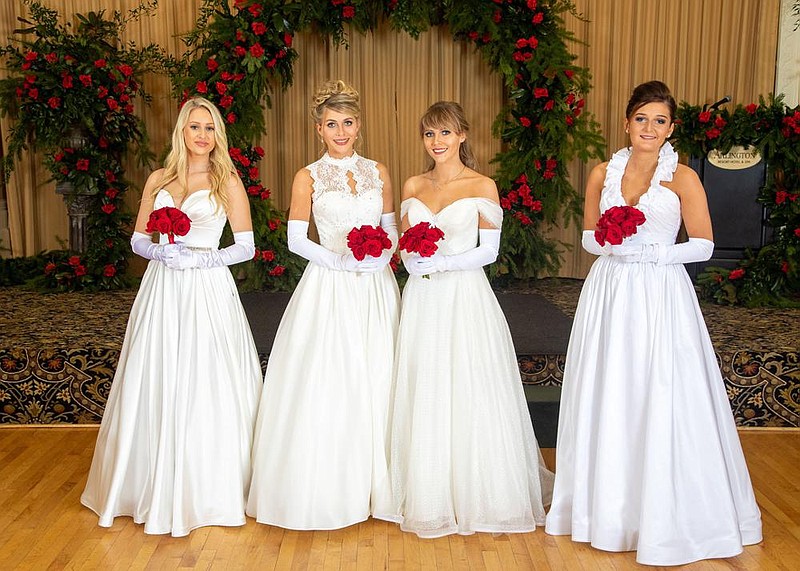 Hundreds of red roses provided a backdrop for the presentation with Forrest Spicher serving as master of ceremonies. Music for the ceremony was by the Clyde Pound Trio.

Afterward, the debutantes and their families enjoyed a private candlelight dinner in the Venetian and Fountain Rooms, which were decorated with arrangements of red roses and festive holiday decor.

The Hot Springs Debutante Program helps raise funds for Our Promise Cancer Resources, a local nonprofit organization that provides financial, professional and educational assistance to cancer patients and their families.

According to a news release, in the past seven years, the Debutante Coterie has raised more than $77,000 for Our Promise, with this past year's guests contributing more than $9,000 to the grand total.

The young ladies making their debut were: