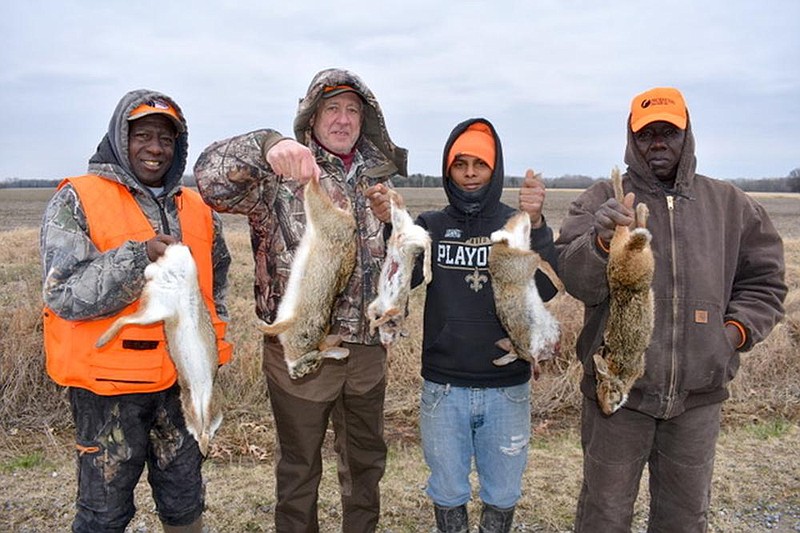 On Dec. 12, the forecast called for cold, clear conditions. It was cold, but a gray ceiling threatened rain and sharpened the teeth of a bitter northwest wind. The bent, twisted arms of oak and walnut trees laced a varicose web along the field edges of Bob Rogers' farm in Prairie County where all life seemed to have departed for the winter.

Hollis Foster of Holly Grove saw it coming, and he vetoed Rogers' proposal to meet at 8:30 a.m. for a rabbit hunt at the farm.

"The dogs don't like to start that early," Foster said.

"You mean you don't like to start that early," retorted Bob Rogers of Maumelle. "You don't want to leave that warm chair."

Foster, who recently retired as the Holly Grove police chief, laughed, but he didn't deny it. Nevertheless, the man who owns the dogs calls the shots, and if Foster said his dogs wanted a later start, then the hunt would start later.

[Video not showing up above? Click here to watch » https://www.youtube.com/watch?v=R3wTbIMoiqE]

It's wise to indulge the dogs because the success of a rabbit hunt would depend on Jojo -- a talented, experienced beagle -- and his young female protege.

Joining us were Foster's brother Steve Lowery and his nephew Tony Booth, both of Holly Grove.

Foster turned out the dogs at a hardwood edge at the end of a beanfield turnrow. It contained a lot of attractive rabbit cover including treetops and log piles, but nearly 30 minutes passed without a peep from the dogs.

"They probably won't find anything until we get to the old barn at the other end of this field," Rogers said.

"You need to do a little coyote thinning," Foster said to Rogers. "There's holes all over the place in here. To many places a rabbit can get away."

"No doubt about it," Rogers said. "When I'm cutting beans out here, there's one coyote that follows right beside me waiting for a rabbit to run out. When we get to the end of a row, he's ready. If nothing runs out, he makes the turn with me and trots alongside me going the other way."

"He's in a hole, Jojo. Find another one," Foster ordered.

Not once did Foster ever yell at Jojo. He spoke to him in a loud growl, almost a whisper that carried smoothly over distance. He trusted Jojo's nose and his instincts. He urged him on, and even the few times when Jojo got hardheaded, Foster didn't get impatient with him. It was the truest partnership between a handler and dog I've ever seen, and it was so refreshing.

Jojo and his understudy followed a ditch another 50-60 yards and resumed baying. They recaptured the scent.

"I'll bet they're on a swamper," Rogers said. "They'll run all the way to the county line. When you can't hear the dogs anymore, they'll come back."

The diminishing volume of the baying sounded like this might be one of those races, and Rogers started fretting.

As predicted, the volume of the baying gradually amplified as the dogs reversed course. They seemed to hang up about a hundred yards in front of us. Rogers suspected a cagey old swamp rabbit was trying to sneak out of trouble and suggested we move up about halfway to cut off the escape.

Soon the dogs were back in sight, but there was no rabbit. They burrowed through every bit of cover. Well behind them, a big swamp rabbit ran slowly out of a briar tangle right in front of me. My Browning Sweet 16 roared, and Jojo returned to claim the prize. That race was finished, but the hunt was on.

Jojo rousted another rabbit near the old barn, and Lowery bagged it. We expected to roust a dozen from all that fantastic cover, but Jojo didn't strike another scent.

"I wouldn't be surprised to bust a covey of quail in here," I said.

"That's exactly what I was thinking," Rogers said. "If we do, you're in good shape with that 16-gauge and that open choke."

A short distance later found us on an old sunken road between two fields. Bordering the fields was a thin feather strip containing all kinds of good rabbit cover. Jojo struck a scent, and another race commenced. Foster saw a big swamper cross the road into the strip where I walked as a flanker.

"Get ready, because he's going to try to run past you," Foster said.

The rabbit vanished, and Jojo had no interest in any of the brush that Foster ordered him to investigate.

"He's in a hole, Jojo. Go find another one," Foster ordered.

"No holes in here, Hollis," I said. "I've stomped down every bit of it, and there's not a one. That rabbit's up in front of us."

Jojo found the rabbit about 75 yards ahead and put him to flight. Instead of running ahead, the rabbit reversed course and ran right through the column of hunters. Shotgun barrels flipped safely skyward as the rabbit passed between us.

"That rabbit tried to kill every damn one of us!" Rogers yelled, prompting howls of laughter. The rabbit veered off the road and finally made a mistake. Booth got him with a fine snap shot, and Jojo earned a round of congratulations for his perseverance. Foster beamed with pride and approval.

"He don't get in no hurry, but he don't ever quit," Foster said. "It really hurts his feelings to lose one."

"Four," Foster said. "I got him when he was seven months old."

"He works like he's a lot older," I said. Foster nodded.

"How long has he been like that?" Rogers asked.

"Since he was seven months old," Foster said.

We ended the day with eight rabbits in the bag, seven swampers and one cottontail. Only one rabbit escaped. Foster was immensely pleased. 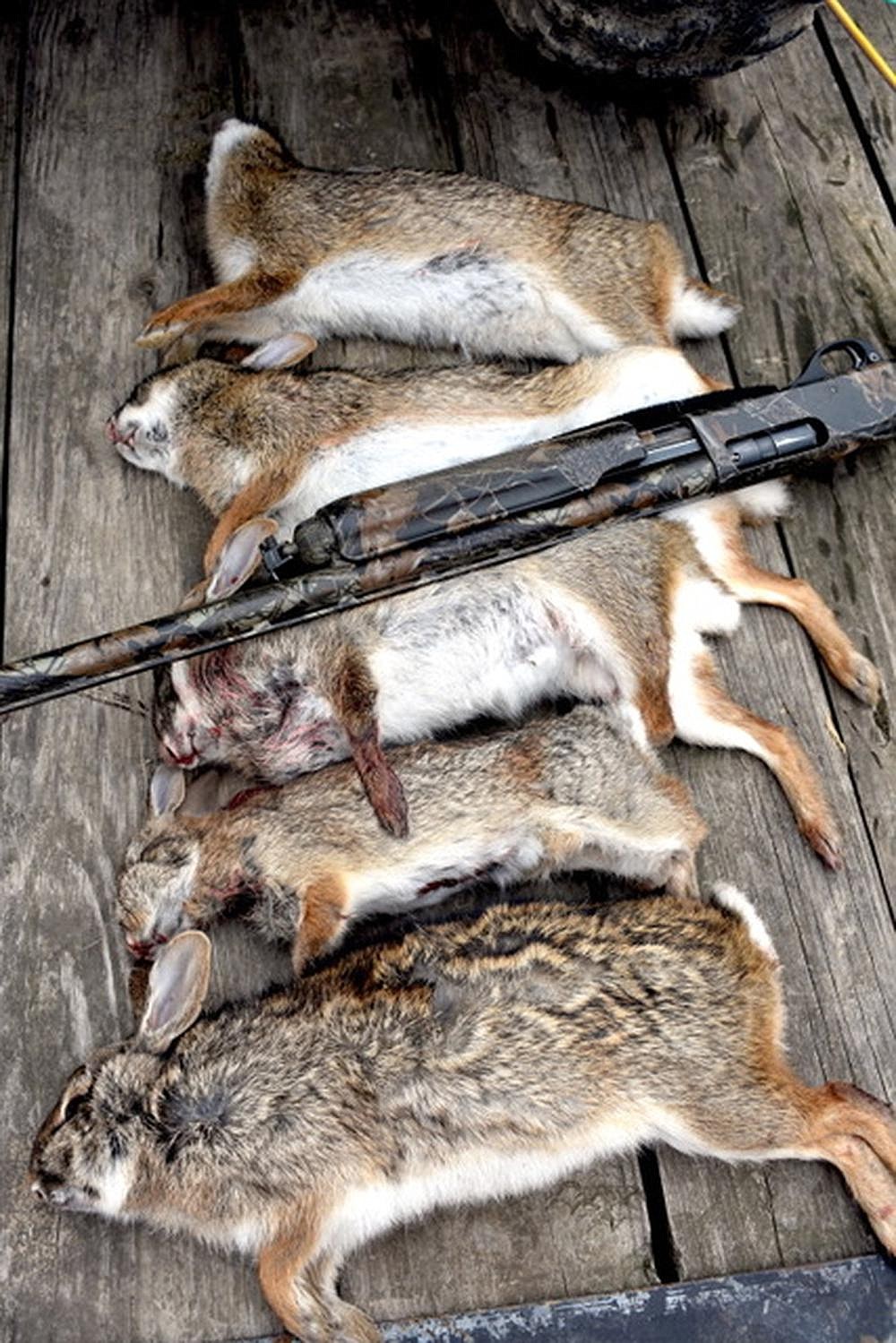