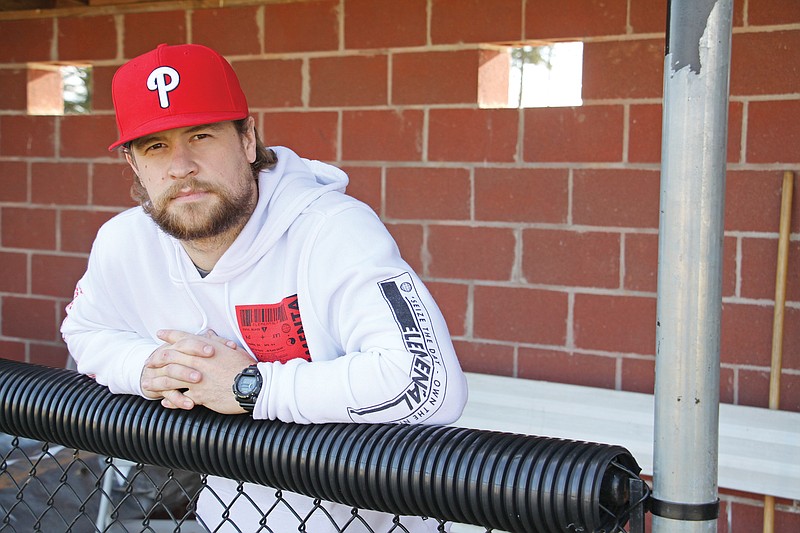 Austin Allen is the new head baseball coach at Pangburn High School. He replaces former head coach Preston Tarkington. Christi Rolland, athletic director for the district, said Allen is “eager and brings a lot of knowledge of the game.”

The correlation between mental fortitude and baseball is a subtle one, but the main ideology is fairly simple because in baseball, you can fail two out of three times but still be considered a success.

“My passion for baseball and how it is such a mental game is what took me to psychology,” said Austin Allen, the new head baseball coach at Pangburn High School. “There is so much to it. That’s what led me to study psychology in the first place. I wanted to figure out the how and why of how people work.”

Allen, who has a bachelor’s degree in psychology, was hired as the school’s head baseball coach on Jan. 4. This is his first head-coaching job. Allen interned at the Little Rock Christian Academy under head coach Brandon Eller and co-owns Applied Velocity, a baseball and softball training facility. Allen replaces former Pangburn head coach Preston Tarkington.

“It means to lot to be here,” Allen said. “I don’t have to compete with football. Everybody eats, breathes and sleeps baseball here. I also get to teach something that I am truly passionate about — psychology — and coach baseball as well.”

Allen graduated from North Pulaski High School in 2013. He signed with and attended Southwest Tennessee Community College for that fall’s semester but then transferred to Arkansas State University in Jonesboro the following spring. He later switched to Arkansas Baptist College in Little Rock for two years and finished out his collegiate career at Central Baptist College in Conway before graduating in 2019.

“I bounced around a lot,” he said. “I had some academic challenges, and I was homesick. I was hanging out with the wrong kids, and it wasn’t until I attended CBC that I started to build a strong relationship with God. I could have been a better role model, teammate and leader. I had my son when I was 19 years old, and that forced me to grow up. … He was God’s gift to me.

“I knew then and there I was going to coach, somehow.”

“It is going to be a challenge, but I’m ready for it,” Allen said of his new job. “I’m ready to lead the boys at Pangburn in the right direction.”

Christi Rolland, athletic director for the Pangburn School District, said Allen is “eager and brings a lot of knowledge of the game.”

“He is ready to get started, and I know the boys are ready,” Rolland said. “He has worked with kids of all ages and different skill levels.

Rolland said Allen understands the game at this level and knows how to push the players to make them better.

“He is preparing them for the future,” she said. “We are looking forward to baseball season and to seeing how the team progresses.”

Jeremy Brown coached Allen in baseball at North Pulaski High School in Jacksonville from 2012-13, and the two have kept in touch since, developing a mentor-mentoree relationship.

“He is very determined and a high-character person,” said Brown, who is now the principal and athletic director at Scott Charter School. “Austin will give you his shirt off his back.

“When I coached him, everything he put his mind to, he accomplished.”

Brown, who coached Allen in football as well, said Allen tore his ACL his senior year. Brown said he was hesitant to play Allen in baseball, not wanting him to risk further injury.

“But then he stole 25 bases and hit 6 or 7 home runs that season,” Brown said. “For him to be able to do that showed a lot of determination and grit.

“And that’s something every coach wants to have.”

Roger Mallison, an assistant baseball coach at the University of Arkansas at Pine Bluff, has known Allen since he was about 15 years old. Mallison’s son played baseball with Allen in Jacksonville, and eventually, Allen played for Mallison when he was a coach at Arkansas Baptist College.

“I knew him when he was in high school, and I knew he had the ability, and it didn’t matter to me that he had taken a misstep. … He still calls me and lets me know about up-and-coming guys who could play for me, or he will ask my opinion about certain things,” Mallison said. “That always makes an old coach feel good.

“I really think the world of Austin. He has come a long way as a person, from who he was in high school and college to who he is now. I am very proud of him.”

Mallison believes Allen will have the opportunity to make a difference right away at Pangburn.

“He was an aggressive player, as far as running the bases, and that can be a good equalizer to put pressure on the other team,” Mallison said. “With this being his first coaching job, I think he is going to model his guys after the way he played.”

Allen met with his team recently, and he said he has a really good group of seniors, including two who have already committed to play college ball.

“I know that this year, we are going to make some noise,”

Allen said. “We have some tough competition, being bumped up to 3A, being in the same conference as Harding Academy.

“But I believe Pangburn has the best pitching staff in 3A, and I’m willing to put my money where my mouth is. We have good bodies and speed — I am thoroughly excited.”

The season is expected to start in March.

“I think he is going to do a great job; his baseball knowledge is very high,” Brown said of Allen. “He is very passionate and is going to bring that to the field every single day.”