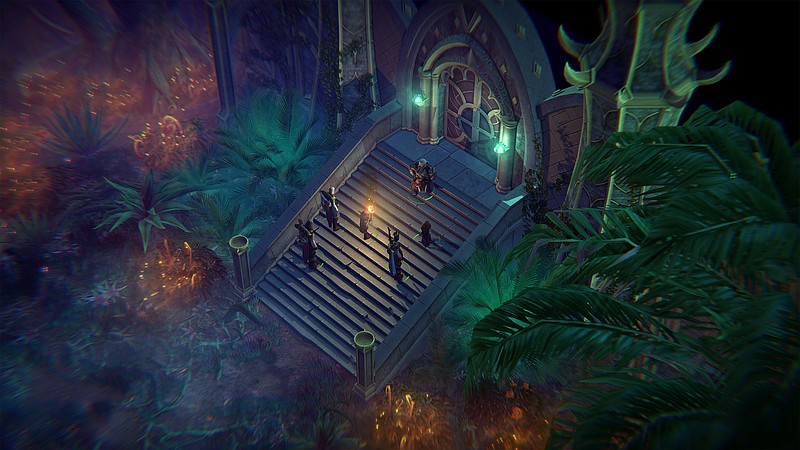 Players make frequent moral choices in "Pathfinder: Kingmaker" that can change their alignment and the outcome of the game. (Owlcat Games/Deep Silver)

There have been dozens of attempts to bring tabletop Dungeons & Dragons adventuring to computers and consoles, with varying degrees of success, but "Pathfinder: Kingmaker" is the only video game to adapt the Pathfinder Roleplaying Game system.

"Kingmaker" has its roots in D&D — it's a modified offshoot of the revised 3rd Edition D&D rules, created when many in the role-playing-game community balked at switching to 4th Edition D&D. Those with experience playing earlier D&D video games, such as "Neverwinter Nights" or the "Baldur's Gate" series, will be pretty familiar with the controls, although there are quite a few reworked classes.

In "Kingmaker," players control a party of up to six adventurers, doing battle across a land of swords and sorcery. The player starts out as a mercenary, but later will earn a fledgling kingdom, pairing the traditional role-playing experience with one of nation management.

Running a kingdom involves claiming map resources, meeting with envoys and making decisions that hopefully will keep citizens from rioting.

Jumping into the game, those less familiar with the rules of D&D will likely find even character creation mightily intimidating, with its vast number of feats, spells and other customization options.

In this game, you don't even have to be the hero. Players are free to select an "evil" alignment and behave just as maliciously as they please, surrounding themselves with evil companions and being quite selfish.

During the game, players will frequently be asked to make moral decisions that often have a significant impact later, and making decisions contrary to your initially chosen alignment can actually permanently change it. That can make things awkward, because some classes and abilities are alignment-specific. For example, a lawful good paladin can permanently lose his divine powers by committing acts of evil.

"Kingmaker" isn't about solo combat from a near-invincible hero character. It's a team game, with your party of six needing excellent synergy to survive and be prepared for any situation. That means some characters will serve as hard-to-hit tanks, distracting the enemy from squishier companions. Others will be the damage dealers, using huge, two-handed weapons or backstabbing with daggers.

A healer is always necessary, as is some kind of mage to deal area-of-effect attacks and spells that can control the movement of enemies. Also, someone will have to disarm traps and make persuasion attempts in dialogue, and so on.

"Kingmaker" is not an easy game to win, and making a well-balanced party is the basis for victory. There are many companions to choose from that will complement the main character; or fully customizable mercenaries can be hired to create companions with specific builds.

Controlling six characters at once, often against overwhelming odds, can be pretty difficult. Luckily, combat is not necessary in real-time, and characters can be given specific orders individually to execute, such as having them use a skill or spell, drink a healing potion or retreat from combat.

As in the tabletop version, combat is divided into six-second rounds, with various actions taking up more or less of that time. Most spells and attacks are standard actions, taking about three seconds to complete, but others can be swift actions, occurring almost instantly. When combat starts, the game is paused. Orders are then issued, characters and enemies jump into action and will fight. Combat can be paused again at any time, allowing for some extreme micromanagement of actions. On the higher difficulty levels, this is really the only way to survive.

A major update to "Kingmaker" added a turn-based combat mode. If this mode is activated, rather than all characters acting at once in real time, characters will establish a turn order (based on chance and initiative scores) and take their actions one at a time. This style of combat is seen in some role-playing and other games, such as "X-COM: Enemy Unknown," "Chrono Trigger," "Darkest Dungeon" and others.

Which combat mode you prefer is up to you, although if you're playing this on console, the turn-based option is definitely the way to go.

Does "Kingmaker" deliver the authentic tabletop experience? Well, it comes about as close as a video game can get, but nothing beats the ­real deal. There's no substitute for the ability of a dungeon master to tweak the game to deliver maximum fun for the players.

However, "Pathfinder: Kingmaker" does a lot right. The story is twisty and deep, and the characters you meet, and who often form your core traveling party, are interesting and well-crafted. Characters aren't just there to help you in combat. They have their own personalities, motivations and alignments, and won't hesitate to let you know when they disagree — and possibly abandon you permanently.

On PC, a "Season Pass" option gets players the additional downloadable content, while it's included in the Definitive Edition for consoles. Some of it adds new spells, items and even playable races and classes.

One of the best features is an endless, rogue-like dungeon option that is a lot of fun.

"Kingmaker" harks back to the classic era of PC role-playing, but there's a lot of competition in the market these days, with excellent games like "Divinity: Original Sin" and "Pillars of Eternity" to play. Still, it's worth picking up, especially on sale.

Rating: Teen, for blood and gore, language, suggestive themes, use of alcohol, violence 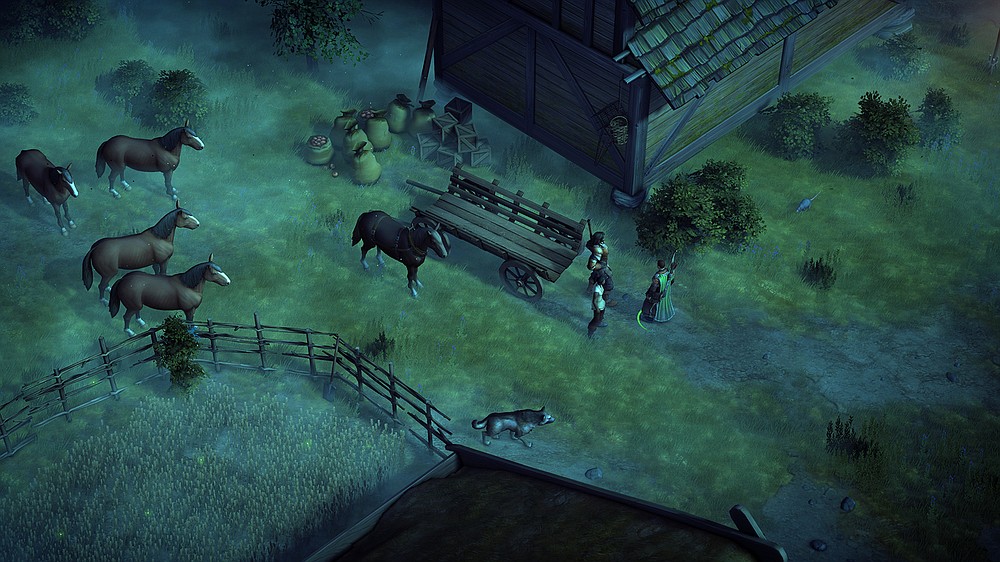 A player's team does battle across a land of sword and sorcery in "Pathfinder: Kingmaker." (Owlcat Games/Deep Silver) 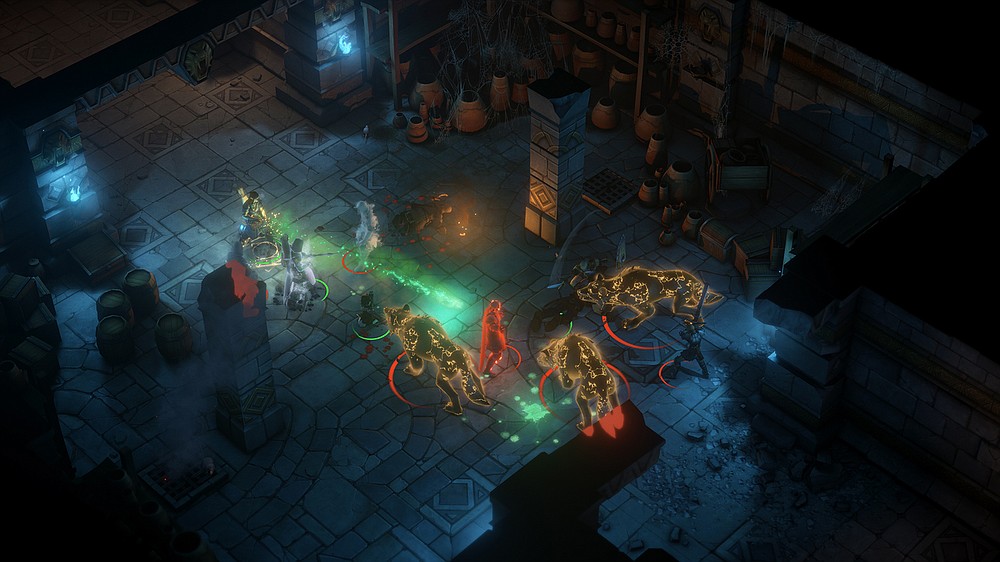 "Pathfinder: Kingmaker" is a role-playing video game in which players build a team of up to six adventurers to carve a kingdom from a wilderness. (Owlcat Games/Deep Silver)
ADVERTISEMENT