MASTER CLASS: Careful back care program can change a life 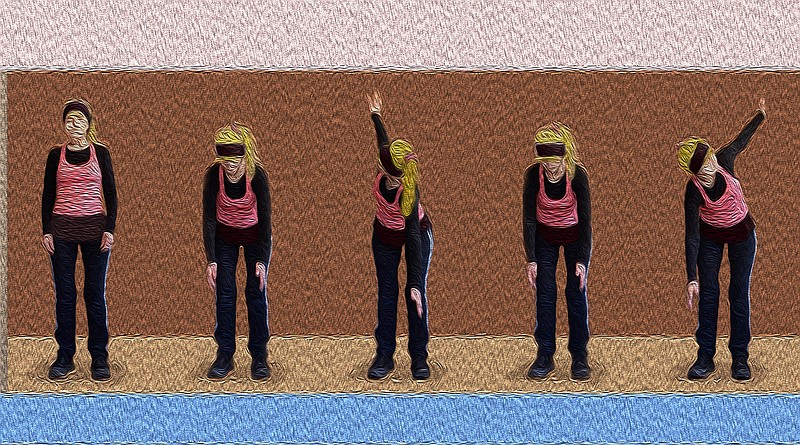 When I'm standing before a group to make a presentation on the topic of flexibility, I can almost hear collective groans from the audience. It's a little like lecturing on the value of eating vegetables.

Most people understand the benefits but still don't engage in the desired behavior.

So, I usually tell a story. True stories are specific, interesting and often can drive home broader points that will benefit attendees. This week, I want to share a story about my time as an exercise rehabilitation specialist at a chiropractic office.

During my undergraduate education, I had an opportunity to work part time for a chiropractor who was a strong health and wellness advocate in the community. As with most chiropractors, he had begun his practice with a focus on spinal adjustments. But he wanted to change his business to evolve from acute treatment to being a center for preventive medicine.

A schoolmate and I were hired as the primary exercise rehabilitation specialists, and our job was to perform the "pre-treatment modalities" as well as post-treatment exercises. These short exercise sessions were usually 10 to 15 minutes of focused training, to improve flexibility, strength or both.

Through this job, I met hundreds and hundreds of people from all walks of life -- all struggling with back pain in one form or another.

One day, I met a patient named Sherry. Sherry had worked for 20 years in customer support for a large telecommunications company. Her back pain had become so severe that she could barely work, and she was nearly in tears telling me her story.

After a couple of assessments, it became clear how Sherry had found herself in such dire straits. She could barely move.

Sherry's core muscles were incredibly weak, as she had not exercised — done intentional physical fitness training — in her life. But her main problem was lack of spinal mobility. She literally could not pick up a sheet of paper off the floor while sitting in her office chair. She had to stand up, move her chair and bend over from a standing position to get the paper.

I began working several times per week with Sherry, using Swiss balls, medicine balls and floor exercises as part of the treatment plan. After three weeks, she had gained enough spinal mobility to pick up that paper.

After six weeks, we reached our training goal -- which was performing this week's exercise, a modified Warrior Twist. When she finished the exercise, she cried and thanked me for "saving her life."

The Warrior Twist will always remind me of that moment. My hope is that this week's exercise will reach someone like Sherry — and that person can work to master it too.

If you Google "Warrior Twist," you'll see a yoga pose with a different leg stance. We're doing a modification.

1. Stand with your feet shoulder width apart and bend forward slightly at the hips. Allow both arms to extend down toward the floor.

2. From here, twist your torso to the right and extend your right hand as far behind you as possible while reaching it toward the ceiling. As you do this extend the left hand toward the floor.

3. Both arms should be fully outstretched as you explore your torso range of motion.

4. Once you reach your end point, return to the starting position -- then perform the same exercise with a left torso twist.

5. Continue alternating sides until you have performed five on each.

Although I met many other patients during my time at the chiropractic practice, my experience working with Sherry will always stay with me. Not because I "saved her life," but because she touched mine.