Clemency by Trump granted to 143 people 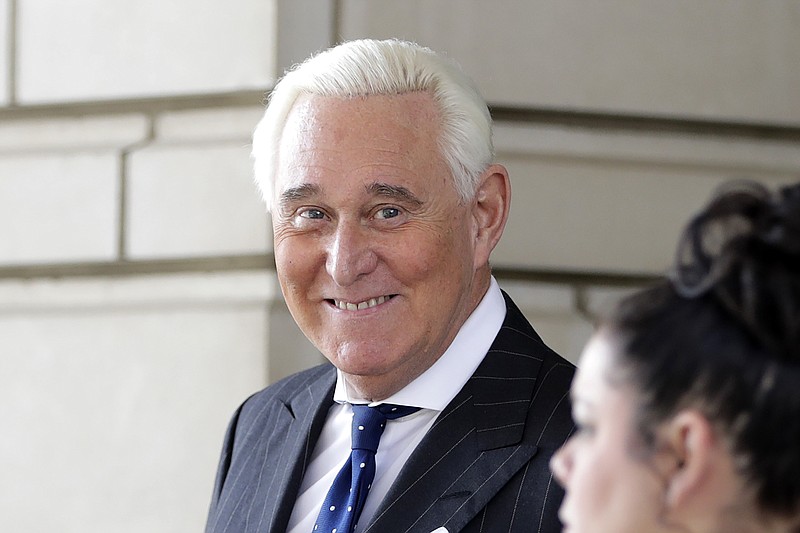 FILE - In this Friday, Nov. 15, 2019 file photo, Roger Stone exits federal court Washington. President Donald Trump on Wednesday, Dec. 23, 2020 issued pardons and sentence commutations for 29 people, including former campaign chairman Paul Manafort and Charles Kushner, the father of his son-in-law, in the latest burst of clemency in his final weeks at the White House. Also receiving a pardon is Roger Stone, another longtime Trump associate caught up in the probe of Russia and the Trump campaign. (AP Photo/Julio Cortez, File)

WASHINGTON -- President Donald Trump late Tuesday granted clemency to 143 people, using a final act of presidential power to extend mercy to former White House strategist Steve Bannon, well-connected celebrities and nonviolent drug offenders. But he did not preemptively pardon himself or his family.

Among those who were pardoned or who had their sentences commuted on Trump's final full day in office were the rapper Lil Wayne and former Detroit Mayor Kwame Kilpatrick, a Democrat who has been serving a 28-year prison sentence on corruption charges.

According to two aides, Trump signed the documents shortly before midnight after he spent part of Tuesday deciding whether to extend a pardon to Bannon, who has been charged with defrauding donors to a charity established to fund the building of a wall on the southern border.

Trump is to leave Washington early today after a farewell event at Joint Base Andrews. Once there, he will board Air Force One for a final time, flying to Florida and becoming the first outgoing president in more than a century to skip the inauguration of his successor.

Trump did participate in numerous meetings over the long weekend to discuss pending clemency actions, according to a White House official, who, like others, spoke on condition of anonymity because the action had yet to be made public.

Trump was personally involved in the effort to sort requests, rejecting some applications and green-lighting others, according to one of the people involved in the effort. Also playing a key role has been the president's daughter, Ivanka Trump, who personally met with advocates, reviewed cases and took them to the Department of Justice and pardon attorney.

Trump had been expected to move forward with additional pardons and commutations earlier this month, but discussions were put on hold after the insurrection at the Capitol by pro-Trump rioters incited by the president's election challenges.

[Video not showing up above? Click here to watch » https://www.youtube.com/watch?v=_HrbqfI13Q0]

Some inside the White House believed Monday that Bannon would not get a pardon, but Trump continued to consider the matter, sources said, balancing Bannon's previous help and potential to help him in the future against what the president viewed as disloyal behavior at times.

Bannon, 67, and three others were accused last year of making fraudulent representations as they solicited more than $25 million in donations for a fundraising campaign called "We Build the Wall," much of it from Trump's supporters.

Whereas pardon recipients are conventionally thought of as defendants who have faced justice, often by having served at least some prison time, the pardon for Bannon nullifies a prosecution that was still in its early stages and likely months away from trial in Manhattan, N.Y., effectively eliminating any prospect for punishment.

Bannon had served as chief executive of Trump's 2016 campaign, then White House chief strategist until he was ousted in August 2017 amid clashes with other White House aides. In recent months, Bannon had reestablished ties with Trump, promoting his reelection campaign and attempts to overturn the November results and speaking to him in recent weeks, aides said.

The last-minute clemency extended to Bannon underscores how Trump has used his presidential power to benefit allies and political backers. He previously pardoned or commuted the sentences of his former campaign chairman, former national security adviser and a former campaign foreign policy adviser.

Trump also granted a pardon to GOP megadonor Elliott Broidy, 64, who pleaded guilty in October to acting as an unregistered foreign agent and lobbying the Trump administration on behalf of Malaysian and Chinese interests. A Los Angeles-based investor, Broidy helped raise millions for Trump's campaign before serving as the Republican National Committee's national deputy finance chairman.

Among those who received clemency was Dwayne Carter Jr., better known as the rapper Lil Wayne, who pleaded guilty in December to carrying a loaded gold-plated .45-caliber Glock handgun from California to Florida on his private jet. He was barred from owning the gun because of felony convictions, including a weapons charge. He had not yet been sentenced.

Trump's final round of clemency also included commutations of the sentences of a number of nonviolent drug offenders whose requests were championed by criminal justice advocates.

Some of those petitioners had sought clemency unsuccessfully from President Barack Obama, who granted a record-setting 1,715 commutations during his two terms in office under a sweeping initiative that prioritized nonviolent drug offenders.

Among the drug offenders newly freed from prison was Chris Young, 32, who is serving a life sentence for drug crimes and whose case was taken to Trump by celebrity Kim Kardashian West.

The federal judge who sentenced Young, Kevin Sharp, expressed regret for the life sentence after he left the bench. "What I was required to do that day was cruel and did not make us safer," he said.

Hanging over the process was the question of the president's own potential legal troubles. Trump's company faces a criminal investigation from the Manhattan district attorney's office, which is examining whether the president and his company committed any financial or tax crimes in recent years. That investigation involves state law and would not be affected by a pardon if the president had granted one to himself.

While Trump had in recent weeks been considering extending preemptive pardons to his adult children or to himself in the wake of the attack on the U.S. Capitol, sources said, White House counsel Pat Cipollone and other advisers convinced him that doing so would amount to an unnecessary admission of guilt, given that none has been charged with any crime or is known to be under federal investigation.

Trump's lawyers argued to him that he could not pardon people without naming the potential crimes for which they were being pardoned and that preemptively granting people mercy before they were formally accused of a crime would set a bad precedent, a senior administration official said.

Advisers had been particularly opposed to Trump attempting to become the first president to pardon himself, believing the move might be unconstitutional and could further tarnish his legacy as he leaves office. They said they feared it could also antagonize Senate Republicans before they vote at his impeachment trial on a charge of inciting the Jan. 6 storming of the Capitol.

Beyond the new precedent such a move would set, some Trump advisers were concerned that he would forfeit his Fifth Amendment rights against self-incrimination if he granted himself a pardon.

Two people close to the Trump Organization had wanted to see Donald Trump Jr. and Eric Trump receive preemptive pardons, believing they could face scrutiny from federal prosecutors going forward. But White House officials have argued against it, and Trump Jr. has told associates that he did not want a preemptive pardon because he does not believe he needs one.

The Trump Organization's finances are under investigation by the district attorney in Manhattan, Cyrus Vance Jr., who interviewed the president's former personal lawyer Michael Cohen for hours last week, according to people briefed on the interview. Officials with the Trump Organization have called it a politically motivated fishing expedition.

Trump ultimately decided against a series of other pardons that he had been considering, including for WikiLeaks founder Julian Assange, ex-NSA contractor Edward Snowden and the president's personal attorney Rudy Giuliani, who has not been charged with a crime but whose consulting business has come under scrutiny as part of an investigation by federal prosecutors in Manhattan.

But the final list did not include his name.

And Trump decided against a pardon for the star of the Netflix reality show "Tiger King," known as "Joe Exotic," despite such optimism from the zookeeper's camp that it stationed a stretch limousine near the prison where he is incarcerated to squire him home if his pardon were granted.

He also pardoned four former contractors for Blackwater who were convicted for a massacre of Iraqi civilians in 2007. 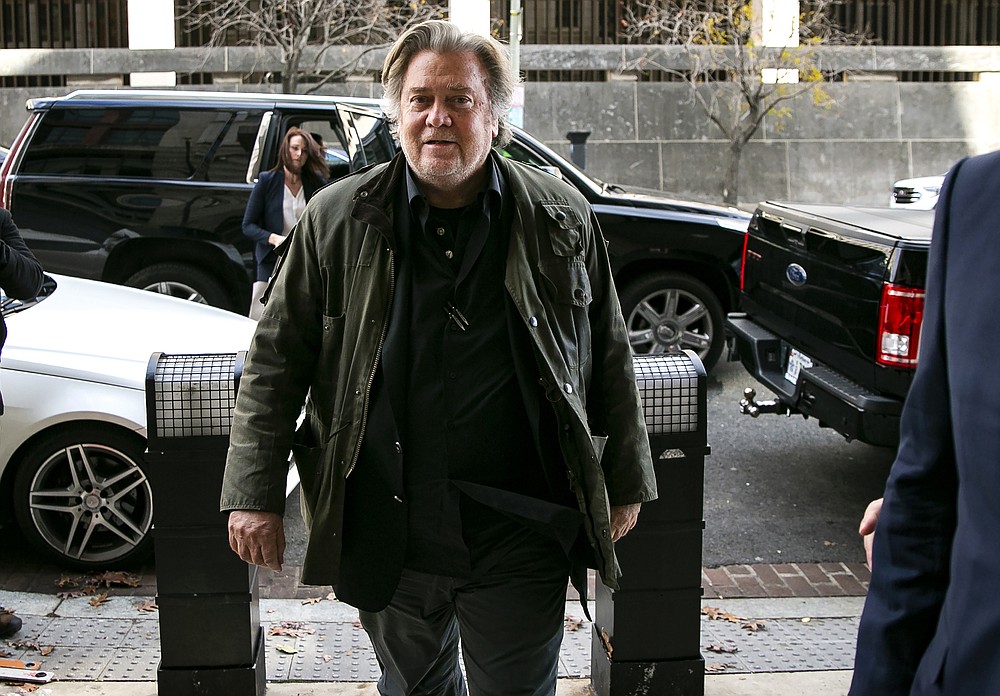 FILE - In this Nov. 8, 2019 file photo, former White House strategist Steve Bannon arrives to testify at the trial of Roger Stone, at federal court in Washington. Bannon was arrested Thursday, Aug. 20, 2020, on charges that he and three others ripped off donors to an online fundraising scheme “We Build The Wall.” The charges were contained in an indictment unsealed in Manhattan federal court. (AP Photo/Al Drago, File) 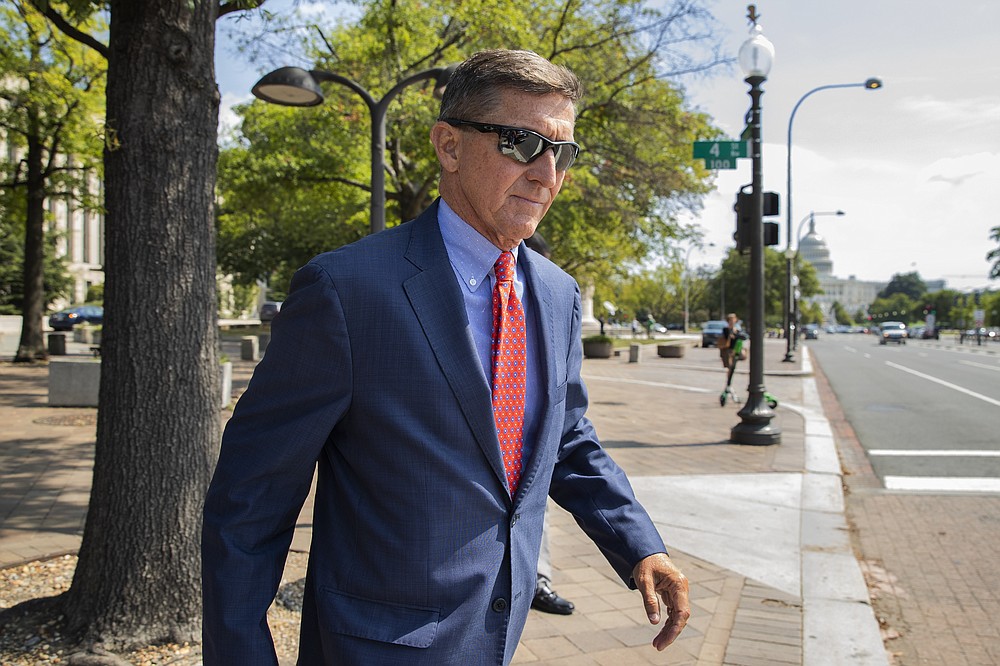 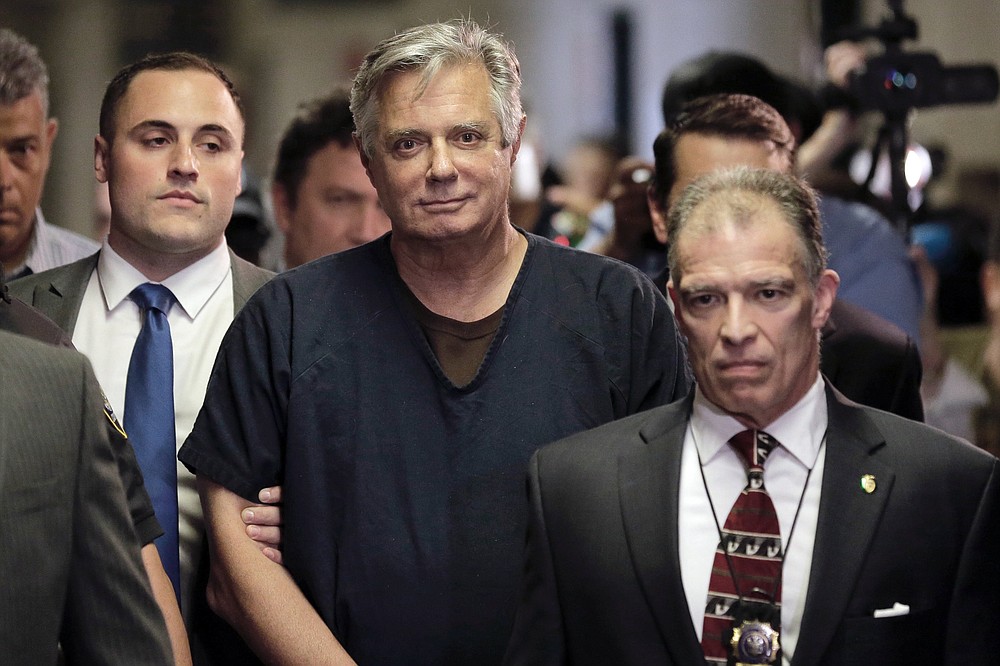 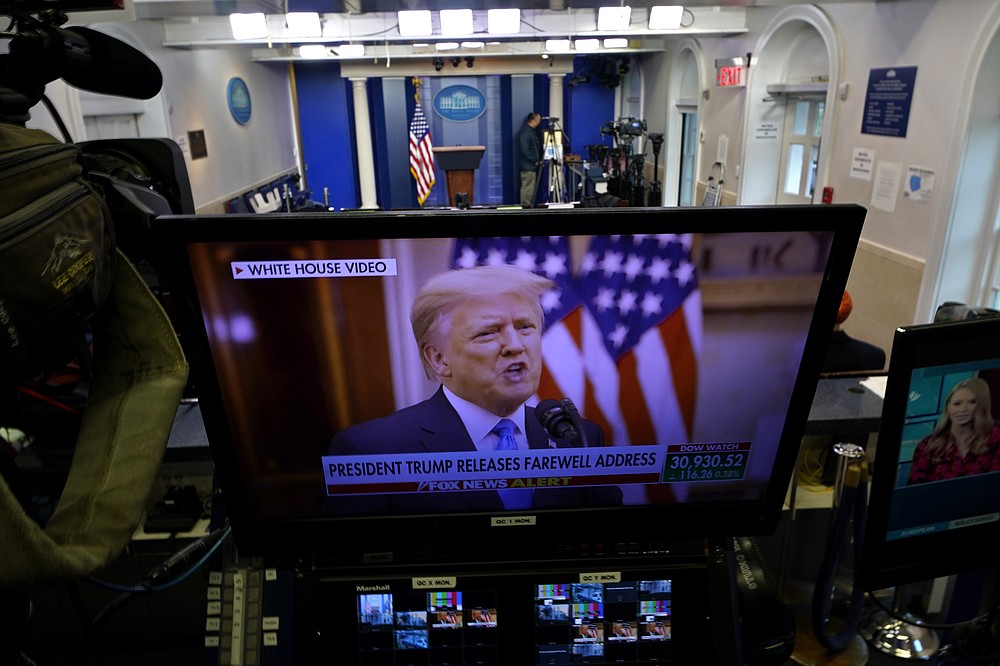 President Trump is seen on a network monitor after his pre-recorded farewell speech was released, inside the Brady Press Briefing Room at the White House, Tuesday, Jan. 19, 2021, in Washington. (AP Photo/Gerald Herbert) 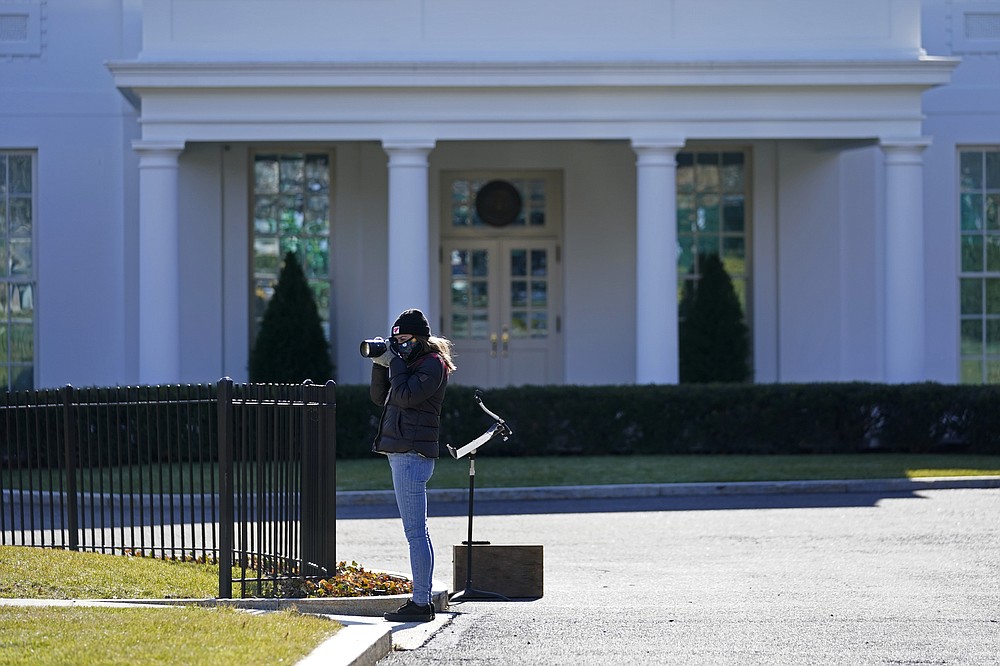