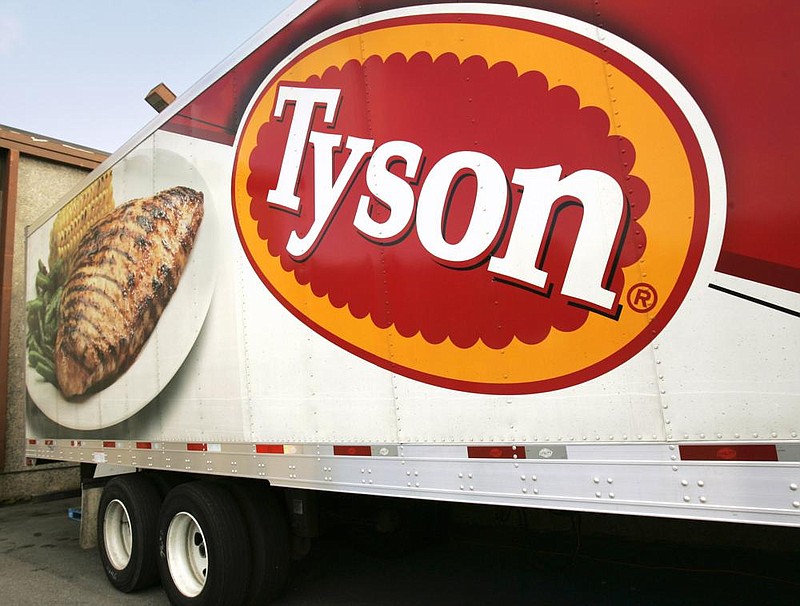 The nation's largest meat company notified shareholders of the deal on Wednesday morning. The settlement is subject to court approval before it becomes final and should reflect in Tyson's first-quarter financial statements.

The Springdale company agreed to settle all class claims in a historic case that accused the chicken industry of colluding to artificially inflate the price of meat chickens for at least eight years.

Since the first class-action complaint, filed in 2016, the caseload grew to include litigation filed by major grocery stores and restaurants, including Walmart, Chick-fil-A and others that claim to have spent billions on overpriced chicken. Chicken producers have repeatedly denied the allegations.

In recent months, a federal judge approved settlements between direct buyers and a few defendants, including suppliers George's and Peco Foods, which have operations in Arkansas.

Last week, Pilgrim's Pride agreed to pay $75 million to settle all claims with just the direct-buyer class. George's settled with that class for $4.25 million and Peco settled for $5.15 million.

"We do not admit any liability as part of the settlements but believe the resolution of these cases is in the best interests of our company and our shareholders," Tyson spokesman Gary Mickelson said in an email Wednesday.

Mickelson declined to comment on why Tyson decided to settle with buyer classes when other defendants had not.

Robert Steinbuch, a law professor at the University of Arkansas at Little Rock, said Tyson likely did this to protect itself from subsequent lawsuits.

"As a defendant, you don't want a narrow settlement, you want a broad settlement," Steinbuch said.

That way if the settlement is approved, he said, Tyson is not just protected from lawsuits filed by distributors and wholesalers, but others, too.

According to documents filed in U.S. District Court for the Northern District of Illinois, defendants were accused of cutting supply to increase chicken prices and conspiring to manipulate the Georgia Dock chicken price index.

Along with the federal civil case, the U.S. Department of Justice opened a separate criminal investigation into the matter and last year indicted 10 current and former food company executives and employees for participating in a conspiracy to fix prices and rig bids for meat chickens from at least 2012 to early 2019.

Three of the workers have ties to Arkansas, according to information from the Justice Department and the workers' LinkedIn pages.

They are Timothy Mulrenin, a former sales executive at Tyson Foods; Rickie Blake, a director at George's; and Gary Roberts, a director at an unnamed chicken supplier in Arkansas.

After Tyson received a grand jury subpoena and discovered some of its employees were implicated in the price-fixing scheme, the company sought and later became eligible for leniency with the Justice Department in exchange for aiding with the investigation -- which is ongoing.