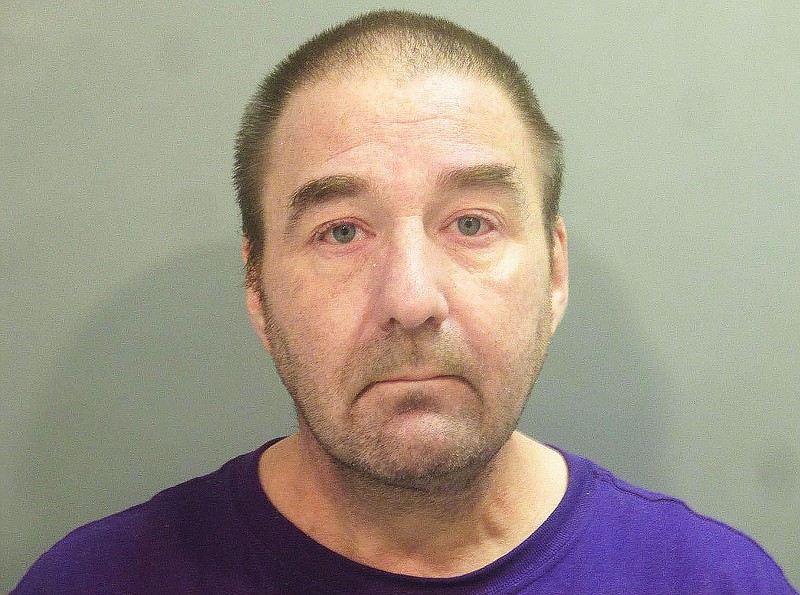 FAYETTEVILLE -- The errors of a former pathologist at the Veterans Health Care System of the Ozarks who now faces sentencing for involuntary manslaughter went undiscovered for years, in part, because he presided over his own department's performance evaluations, according to testimony in federal court Thursday.

The sentencing hearing for Robert Morris Levy, 54, resumes today for misdiagnosing a man who later died.

"It was a fox guarding the hen house. He was the fox," special agent Kris Raper of the Office of Inspector General for the Department of Veterans Affairs said of Levy's reports on the performance of the system's pathology department. Raper was chief investigator in Levy's criminal case.

Levy pleaded guilty to being drunk when he made a wrong cancer diagnosis in 2014. He then lied on medical records, recording that another pathologist concurred with him on lab results. He also evaded blood and urine tests for alcohol required after he was discovered working while intoxicated in 2016.

The diagnosis involved in the manslaughter charge led to an Air Force veteran being treated for the wrong type of cancer. The veteran died five months after the test results were misread.

Levy reviewed thousands of lab results since he started work in 2005 at the Veterans Health Care Center. An independent review of his cases began in 2018 after he was arrested on a driving-while-intoxicated charge in Fayetteville. That review found 30 cases in which he missed the diagnosis seriously enough to have serious medical consequences.

Having a team of 53 pathologists review 33,902 cases with more than 300,000 tissue samples cost taxpayers $2.1 million, according to Thursday's testimony. That figure doesn't include the cost of paying the regular salaries of federal employees, including many of the pathologists, diverted from other tasks for the study lasting a year and a half.

Whether Levy should reimburse at least part of those expenses is part of the sentencing hearing on the manslaughter and mail fraud convictions.

Levy was charged with involuntary manslaughter in August 2019 in three cases where missed diagnoses resulted in patients' deaths, according to the federal indictment. He pleaded guilty to one count of manslaughter and one count of mail fraud committed in his effort to conceal his substance abuse.

Levy's job paid $225,000 a year, according to his indictment. Besides the three counts of involuntary manslaughter, he was indicted on 12 counts each of wire fraud and mail fraud, and four counts of giving false statements to conceal his substance abuse. All other charges but the one count of manslaughter and one count of mail fraud were dropped under the plea agreement.

Levy was found drunk on the job in 2016, court records show. He was required to complete a drug rehabilitation program before returning to work and then to submit blood and urine samples for tests. He passed 42 such tests in two years.

Investigators found that he did so by using a drug that intoxicates like alcohol, but isn't traceable by breath, blood or urine tests for alcohol.

The criminal investigation of Levy's substance abuse arose from his March 1, 2018, arrest on the DWI charge. The charge was later dismissed because police tests found no alcohol in his system. Still, the VA suspended Levy after that arrest by Fayetteville police.

The system fired him the next month during the federal investigation that discovered drug purchases and later led to his indictment.

The review of his cases by other pathologists took until May 2019. Those pathologists found 30 missed diagnoses posing serious health risks to patients, according to results released May 31, 2019, by the health care system. He was indicted Aug. 16 of that year.

Overall, pathologists found 3,029 errors out of 33,902 cases, but most patients didn't suffer long-term ill effects, according to the review.

The 3,029 errors make for an error rate of 8.9%. The pathology practice average is 0.7%, according to veterans department figures.

Neither the indictment nor the plea agreement names the patient whose death led to the manslaughter charge. According to court documents, Levy wrote in his Feb. 5, 2014, diagnosis that another pathologist concurred with his diagnosis.

Not only was that untrue, but the pathologist named hand-delivered a letter to Levy the next day saying he disagreed with the diagnosis and believed more tests were needed, according to the U.S. attorney's office. That fact was never conveyed by Levy to the patient's doctors, but Levy did change the diagnosis four days later -- to another wrong conclusion.

Levy was first monitored for alcohol abuse after administrators at the Veterans Health Care System of the Ozarks received a report that he was intoxicated while assisting in an ultrasound-guided taking of a sample from a patient's liver. That report was March 22, 2016, according to court records.

A blood test at the time showed Levy's blood alcohol level at more than 0.39.

"For a normal human being, a 0.396 would be comatose level," Raper testified at a bail hearing for Levy in September 2019.

A 2016 review of his work didn't find any missed diagnoses by Levy, according to the Ozark System. The medical center put Levy on leave, and he went through substance-abuse treatment after the 2016 test. The center later put him back to work, but required him to provide random blood and urine samples for testing.

Levy then bought a potent drug to use so he could get intoxicated but it wouldn't show up in blood or urine tests, the indictment says. Levy made his first purchase of the drug in February 2017. The fraud counts stem from the purchases of the drug with the intention to keep his job while evading the testing. Investigators found that Levy bought the drug 12 times online starting June 30, 2017.

The drug Levy used is called "2m-2b," the indictment says. The chemical is so hard to detect that the state Crime Laboratory in Little Rock had to order a new test kit to confirm the drug in a sample of Levy's blood, Raper testified. The agent said Levy's case was the first time the Crime Laboratory had tested for the drug.

Levy passed 42 blood or urine tests, an average of two a month, according to his indictment.

The drug passes through the body so quickly that it would require three tests a week to ensure that the person wasn't using the substance, according to bail hearing testimony. The lack of a reliable, regular test method for 2m-2b was a factor in deciding against allowing bail for Levy, U.S. Magistrate Erin Wiedemann, who presided at the bail hearing, said at the time. Levy has been in the Washington County jail ever since. 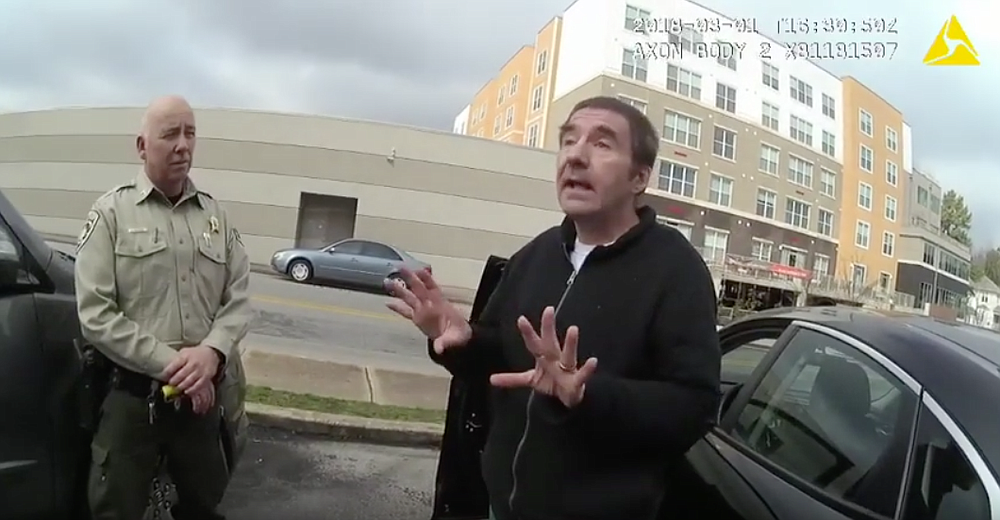 Robert Levy talks to police in this screenshot from a police video of Levy's arrest in March 2018.
ADVERTISEMENT