OPINION | REVIEW: South of the Border 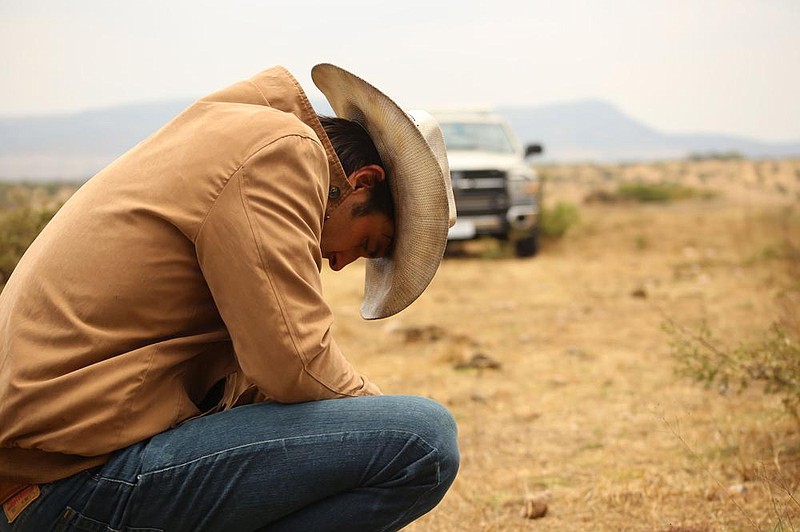 Texas ranch hand Jackson Greer (Jake Allyn) finds out it ain’t no fun being an illegal alien in his brother Conor’s modern Western “No Man’s Land.”

"No Man's Land" feels like a lazy title; the Internet Movie Database lists a couple of hundred films, short films, television series, video games and other entertainment products that have used the title or a slight variation of it.

These include Bosnian director Danis Tanovic's 2001 film, which won the Oscar for Best Foreign Language Film. The English title was the original title of Tanovic's movie, which would seem to indicate that the phrase has become an international cliché.

Arriving 20 years later, Conor Allyn's film could also be classified as an international cliché, were we more interested in dismissing it than earnestly engaging with it. This "No Man's Land" is an uncomplicated movie that at times feels lazily written, but is well-intended and allows for a few enjoyable performances.

And the opening scene, of ants crawling over the cracked, dry desert, both nods to Sam Peckinpah's "The Wild Bunch" and signals Allyn's higher intentions. There is a kernel of grit in the plot that suggests that given more time (and perhaps a bigger budget) and attention to the script (Taylor Sheridan might have had an interesting take on this idea) this "No Man's Land" could have been the challenging and nuanced meditation on walls and borders and the people they divide the filmmakers aspired to make.

The promising set-up is that Bill Greer (Frank Grillo) is a Texas rancher whose land lies mainly between the Rio Grande and the border wall, the neutral zone alluded to by the title. Bill's older son Lucas (Alex MacNicoll) is his father's right-hand man and seems destined to carry on the family trade, but his younger brother Jackson (Jake Allyn, the director's brother and creative partner; he co-wrote this film with Mexican screenwriter David Barraza), might have other opportunities.

Jackson's high school pitching career brings him to the attention of the New York Yankees, and as the film opens he's scheduled to try out for them in a few days. So the filmmakers include scenes of him tossing pitches at a metal target in preparation for his big audition, which, Lucas assures him, will assuredly make his fortune.

This will probably sound pedantic to moviegoers who care little about baseball, but the Allyn brothers get this all wrong. While Jackson looks fairly athletic and -- rare among movie actors, who tend to have compact, camera-ready physiques -- legitimately big, he's throwing closer to 60 miles per hour than the 92 Jackson supposedly hits on the radar gun. He might have played high school baseball, but he doesn't look like a prospect.

And undrafted minor league signees hardly "have it made," even if they are with "the New York organization."

But Jackson seems less excited by his prospects for major league glory than his family (which includes Andie MacDowell). Maybe his future doesn't feature pinstripes. Even so, Bill and Lucas leave him home when they take their guns to go out on their nightly patrols for "illegals" crossing their land on the way to steal jobs from hard-working Americans. The Greers may not hate the immigrants, but they sure as heck resent them, for reasons that the film hints are dubious.

An early scene has tender-hearted Jackson encountering a chicken thief and letting him escape, perhaps marking him as less reflexively bigoted than his kin and deepening the irony when Jackson, having followed his father and brother out one night, comes upon them just as an encounter with a Mexican goes sideways.

In the uproar, Lucas is shot and wounded and Jackson accidentally shoots and kills an immigrant boy (Alessio Valentini). Bill attempts to take the blame for the shooting, but Texas Ranger Ramirez (a fine dramatic turn by comedian George Lopez) sees through the ruse, and Jackson flees on his trusty steed Sundance across the Rio Grande, becoming a fugitive (and illegal immigrant) in Mexico, pursued by Mexican police and Ramirez who, in a nice touch, speaks even less Spanish than Jackson, who can't pronounce Guanajuato, the city in Mexico's interior where he means to travel to try to make amends to his victim's family.

The rest of the movie plays out as you guess it might, but the quality of the acting is good enough to mostly make up for the script's lack of subtlety. Allyn may not be much of a hurler but he's a savvy actor who underplays effectively, and Jackson genuinely seems to be on a journey, evolving from an avatar of white privilege to an empathetic human being as he experiences the decency and kindness of the Mexicans he encounters.

As Gustavo, the father of the murdered boy, Jorge A. Jimenez ("Narcos"), exudes a believable decency even when he (temporarily) joins forces with irredeemably evil coyote Luis (played with unrepentant relish by Andrés Delgado) to try to avenge his son's death.

It's interesting that for once, the Mexican characters seem more fully realized than the gringos -- of the Greers, only Jackson really has much to do. But consider that this is technically a Mexican film -- the Texas-raised Allyns shot it entirely in Mexico, around Guanajuato and San Miguel Allende, with support from the country's Ministry of Tourism, and employed the excellent Mexican cinematographer Juan Pablo Ramirez ("I Carry You With Me").

Baseball bits aside, they know how to make a movie. Maybe next time they can write one a little better.

Rating: PG-13, for some strong violence and language 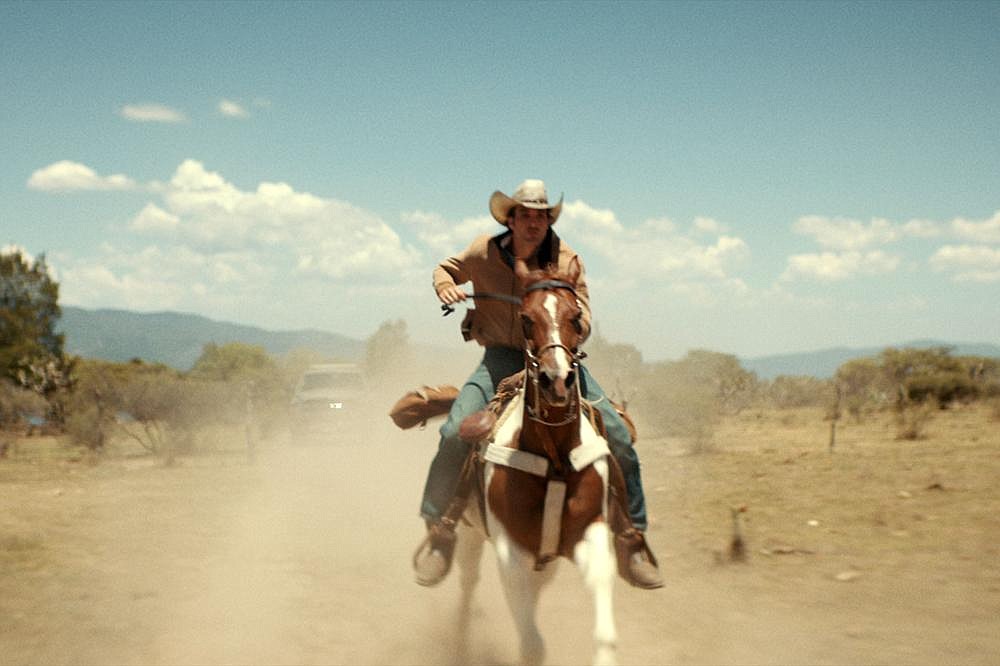 Wanted man Jackson Greer (Jake Allyn) rides his pony Sundance across the Rio Grande and deep into Mexico to elude a stubborn Texas Ranger in “No Man’s Land.”
ADVERTISEMENT