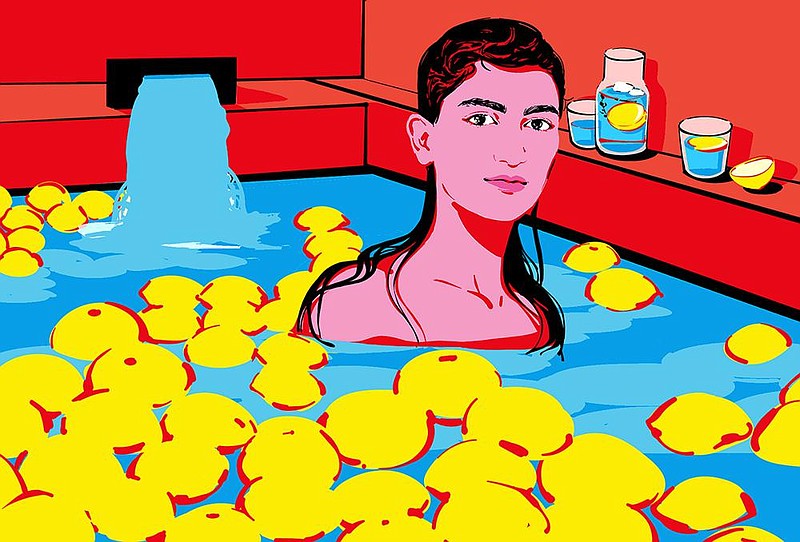 Every day around 7 a.m., as she prepares to film a live workout for her 237,000 Instagram followers from her New York apartment, Megan Roup sips on warm water with a squeeze of lemon while her French press coffee brews. It's a ritual she has followed for years, the origin of which she can't quite remember.

"It just get things moving and grooving in the morning," said Roup, a fitness instructor in her 30s who founded the Sculpt Society workout beloved by many models. "Along with a probiotic, it's really helped my overall digestion."

Roup is one of many influential figures who swear by the drink, which counts Gwyneth Paltrow, Jennifer Aniston and Gisele Bündchen as devotees. In interviews with models and on fitness feeds, the tip has become commonplace, almost a given at this point. Melissa Wood-Tepperberg, the founder of the Pilates-centric Melissa Wood Health Method, is another believer, posting about it almost daily on social media.

The reasoning behind the ritual varies. Some share Roup's belief that it aids digestion, lessening bloat and constipation; others point to its benefits for skin health, believing it wards off the formation of wrinkles and clears up acne. And, for the dehydrated among us, it's simply a way to make drinking water more enticing.

'PUT LEMON IN IT'

"I can't really say if I notice a difference in my skin or digestion, but I do consume more water when I put lemon in it," said Laura Lajiness, 32, a freelance writer in New York who has been drinking two 16-ounce glasses of lukewarm water with lemon on and off for years. "Maybe there's a placebo effect?"

The popularity of water with lemon reached a fever pitch this past year, as people stuck at home have channeled their boredom into increasing their wellness routines, hoping to emerge from quarantine with a little more glow, and more fit, than before. Google searches for "lemon and water" peaked in April and are growing overall, up 24.2% since this time last year, according to data from the consumer intelligence firm Spate.

Hydration in general is trending, becoming the latest lucrative frontier in the wellness boom. Liquid I.V., which sells electrolyte packets that claim to provide two to three times the hydration of one glass of water, was acquired by Unilever in September.

A company called 8Greens -- its effervescent green tablets are said to promote skin elasticity -- has raised $10 million in funding and has been spotted on the social feeds of Drew Barrymore and Zac Efron. Beauty Water Drops, from the meal-delivery service Sakara Life, which "transform your water and deeply hydrate your cells with 72 naturally occurring ionic trace minerals," according to the company, have become a best-seller for the brand.

But it's best to tread lightly with what you buy into. "There's a lot of pseudoscience out there that's well-intentioned but often misses the mark," says Dr. Panta Rouhani Schaffer, a dermatologist in New York. Water with lemon, at least, is considered fairly harmless and, unlike the myriad branded hydration options, easily accessible. A pack of 30 8Greens tablets and a 2-ounce bottle of Sakara Life Beauty Water Drops each cost $39; Liquid I.V. charges $25 to $120 for packets of 16 to 96 hydration sticks.

As with many American wellness remedies, the drink is actually a repackaged ritual from another country -- in this case, Italy. Known to some Italian natives as "canarino," or canary, the drink is one of the country's many "nonna's remedies" that are used as a post-meal digestif, upset-stomach soother or cold killer, depending on who you ask.

Prepared by combining boiling water with a lemon peel, bay leaf and, occasionally, a drop of honey, the mixture is "an ancient remedy used by Italian grandmas to bring immediate relief to their loved ones," said Francesco Lucatorto, a 31-year-old chef who lives in Genoa.

But in recent years, younger Italians have followed America's footsteps and reframed it as a detox drink, often imbibed after an overindulgent night of eating and drinking. Some proponents add ginger, mint or turmeric to deepen its flavor and increase its perceived benefits.

As for what the concoction actually does ... well, it's complicated.

From a gut health standpoint, vitamin C is considered important for overall digestion and aids in the absorption of crucial vitamins such as iron, said Dr. Niket Sonpal, a gastroenterologist in New York. It can also act as a laxative, meaning that if daily lemon water drinkers feel lighter, it's probably not all in their heads.

"They're consuming a lot of ascorbic acid and softening their stools with the hydration, so instead of going to the bathroom once every two days, they're going every day," Sonpal said. "Overall, that's a good thing -- better out than in."

When it comes to skin health, there is some science to support the benefits of consuming lemon, but the details are important. Researchers are increasingly studying the impact of certain foods on glycation, a key cause of skin aging that involves sugar molecules attaching to and deteriorating proteins like collagen, according to Schaffer.

Hoping that a daily dose of lemon water will detox or clear up your skin is a lost cause, however. "There are no toxins in the skin to detox," Schaffer said, echoing a message that many doctors have tried to get across amid the rise of juice cleanses, which are predicated on this faulty concept of detoxification.

At most, lemon's antioxidant properties can protect against free radicals, which have been shown to speed up aging, Schaffer said. But acne sufferers would be better off drinking two cups of spearmint tea daily. The tea has been shown to have anti-androgen effects that can lessen male hormones like testosterone, which can cause acne.

One expert who won't be signing off on the craze is your dentist. "I knew hot water and lemon had become really popular when our family dentist mentioned to us the harm of citric acid on tooth enamel," Schaffer said. "He had seen so many patients with new onset erosion from the drink that he began to warn everyone he saw." People with heart or kidney conditions should also hold off, according to Sonpal, the gastroenterologist, as excess fluids are often contraindicated in their treatment.

But if you can put aside visions of supermodel skin or reverse aging, incorporating water with lemon into your weekly routine is an easy, expert-approved way to raise your water intake and reap the digestive benefits without spending much money.

For now, Roup, who is quick to tell her followers that she's not a nutritionist when sharing her dietary habits, has more faith in this route than other options on the market that make outsize claims.

"Everyone's always trying to sell you something in the health-and-wellness world, but it doesn't need to be complicated," she said.