OPINION | CRITICAL MASS: Toward an American soul — Little Steven at 70 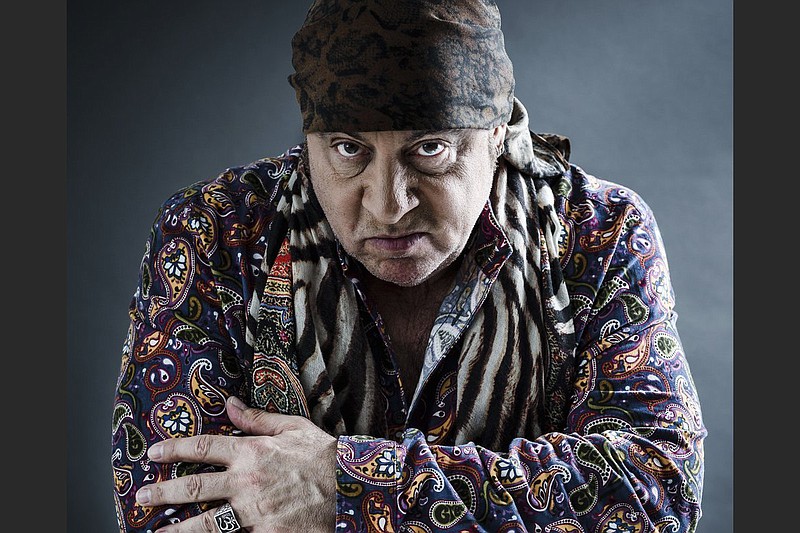 Steven Van Zandt in 2019. His song “I Am a Patriot” is essentially a rebuttal to the nationalistic “my country, right or wrong” mindset. (Associated Press)

Little Steven (Steven Van Zandt) may be best known as Bruce Springsteen's lieutenant and Tony Soprano's second, but he's an interesting artist in his own right.

His 1982 album "Men Without Women" is one of the best white soul records ever. He's an influencer, the program director for the two coolest channels on the Sirius Satellite Radio menu (Underground Garage and Outlaw Country), a political activist, and an entrepreneur selling boutique teas and holistic products on the internet.

At 70 years old, he's a living embodiment of the American Dream, like his buddy Bruce having come up scruffy in the New Jersey shadowlands (he moved there from Massachusetts when he was 7) and evolving into a multinational corporation.

America is big and diverse, which is a source of its power and its stability, but maybe you believe it is something more than a place over which a certain government has authority. It is not a particular plot of land, nor the government installed over the inhabitants who live with the ultimately arbitrary borders of a state, but some mysterious component that binds all citizens of a state together. Maybe you believe in something that links Steven Van Zandt and Harriet Tubman and Mark Twain and Amy Tan and even Donald Trump.

Soul, like national identity itself, can be dismissed as a superstition. "Imagine there's no countries," John Lennon sang, and it's not only easy but often tempting to do just that. There's a certain naivety that attaches to American Exceptionalism; it's not hard to see that we have fallen behind some other countries in some ways.

We are not the happiest people on the planet, not the healthiest, not the wealthiest. We are not even the craziest. We may be the best at killing people and breaking things. We may yet be, as Lincoln claimed, the last best hope of the earth.

There is a song, written and originally performed by Van Zandt and his band the Disciples of Soul on their 1984 album "Voice of America," and later covered by Jackson Browne, called "I Am a Patriot."

It is one of those songs that, if you pay too close attention, might discomfit you, for it may not be saying exactly what you think it says. It's like Springsteen's "Born in the USA," released a few months later (though it was recorded more than two years earlier with Van Zandt — who left Springsteen's E Street Band to concentrate on his own more overtly political music in 1984 — playing on the track) in that it can easily be taken as a flag-waving anthem. But if you listen, you'll hear the lines:

[LISTEN: Little Steven's "I Am a Patriot," or Jackson Browne's cover of the same.]

It's like the line in the original, slower version of the Beatles' "Revolution," the one called "Revolution 1" on the White Album, where Lennon sings, "But if you talk about destruction/Don't you know that you can count me out, in."

Even as Van Zandt is insisting that dissent is itself patriotic — "I Am a Patriot" is essentially a rebuttal to the nationalistic "my country, right or wrong" mindset (that might exist more as a straw-man argument than actual sentiment) — he is admitting some ambivalence, some doubt about the roots of his patriotism.

Why should we love our country? Because it is our country, because — as the great analyst, friend and critic of American character Alexis de Tocqueville observed in "Democracy in America" — it is our birthplace and the mansion of our fathers.

We love our country for the same reasons that we love our parents — we need and are grateful for the succor they supply, even if our relationships occasionally go rocky. Our American soul respects the bonds of blood and care, the instinctual feelings between parent and child.

There is no biological imperative that drives our feelings of patriotism. There is nothing natural about geopolitical boundaries. A nation is a man-made thing, respected only by human beings disposed to respect such things. We must learn what it means to be an American (or a German or a Pakistani). National identity is acquired; patriotism must be learned. Soul, like faith, is a grace granted. 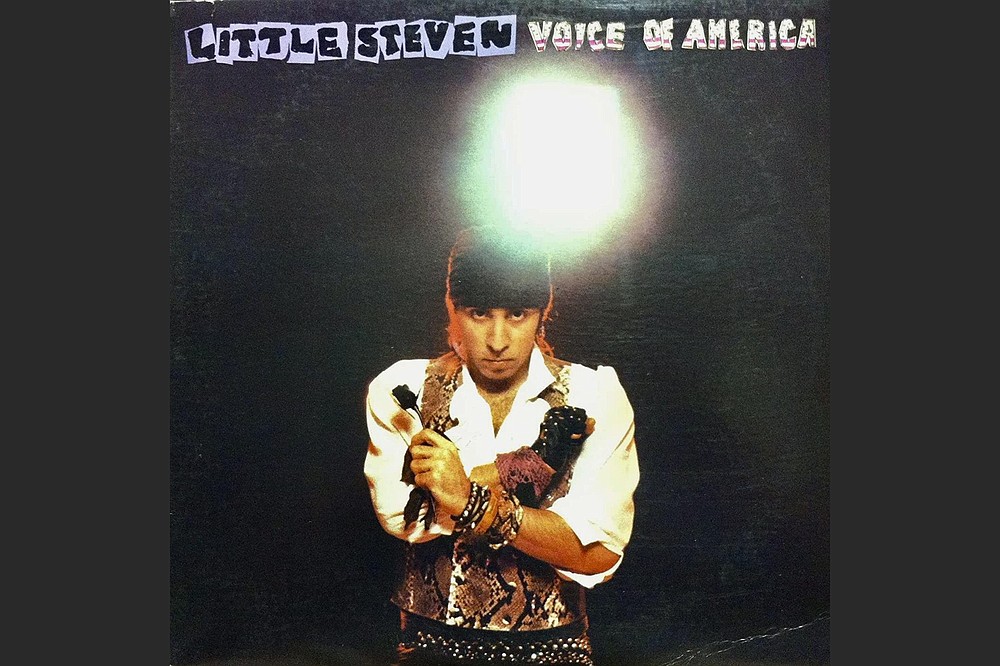 In 1994, I went to Germany for 10 days with a group of American journalists.

Ostensibly it was to study the effects of reunification; East Germany had just been released from the Soviet bloc. Suddenly a wealthy and modern Western society was charged with reintegrating what had become a third-world nation after the second World War.

Walking from what had been West Berlin into what had been East Berlin was like the reverse of the scene in "The Wizard of Oz" where everything blooms into color. One side of the old Checkpoint Charlie was stylish and modern and chic and glamorous. The other was gray and bullet-pocked, a graveyard strewn with broken toilet porcelain and pulled-down barbed wire.

One side was the Kurfürstendamm and Zoo Station; the other crumbling Brutalist architecture.

We spent our time being lectured by bureaucrats and talking with siftung academics. (A communist hedonist hosted us on a boat ride up the Rhine, where we lounged in the sun and drank Korn.) I had only a vague grasp of European politics and no particular insight into German issues at the time, so many of the questions I asked were naive and pointed.

I don't know exactly what I said that caused the member of Germany's Christian Democratic Union party to look sneeringly over his glasses at me, but I do remember what he said:

At the time that stung a little, especially since while there were a couple in our group who seemed very much like stereotypical ugly Americans (when a lady from Austin complained about the German stinginess with ice and tried to send back her soft drink, the waiter coolly assessed her and said "Coke cold" before about-facing his way out of our area), most of us were genuinely curious about Germans, Germany and how the country had (or hadn't) reconciled itself to its history.

One of the things I took away from that trip was that most Germans were more introspective than most Americans, and a lot more realistic about the dark potentialities of human nature.

They lacked the American knack for historical amnesia and the prevailing optimism of our tribe. They were more adult, which seemed both admirable and terribly sad. The Germans have "St. Matthew Passion," grief and guilt over the imperfectability of the world; what they call Weltschmerz.

We have Marvin Gaye and Larry Flynt, and our innocence is a renewable resource. For better and worse, we don't look back.

Twain wrote that travel is a cure for bigotry, but perhaps it's more accurate to say that those predisposed to travel are more open to novelty and tolerant of uncertainty. While 60% of Americans don't have passports, there are no doubt plenty of people who never leave their hollers or hometowns who are open-minded and generous of spirit. Still, if your country is all you know, how can your patriotism be anything but an act of faith?

Americans may indeed be bound together by something like a "common cultural identity," which is fine as far as it goes. But when you start talking about a big country — a nation — like the United States of America, you might be given to wonder what a Ypsilanti innkeeper might have in common with a Seventh Avenue fashionista or a struggling hip-hop artist in Mabelvale.

Maybe we share a set of historical fables, legends whittled down to life lessons, an array of fuzzy dates and fusty names of (mostly) dead white guys who pledged "their lives, their fortunes and their sacred honor" to found an experiment in self-government.

Revisionists insist on the problematic humanity of the founding fathers who were pragmatic and cunning men, but there's something more than the will to gain power that motivated their actions. While the human drive for sex, power, fame and money might explain the exploits of most of history's great nation-builders — Alexander, Caesar, Napoleon — the founding fathers famously risked everything they had not to establish themselves as rulers of a new nation but to put themselves among the people to be governed by the people.

Patriotism doesn't require loving our leaders or our government. Our Declaration of Independence charges us with the responsibility of resisting government if and when it becomes oppressive. It only requires that we concur with America's founding principle of self-governance.

The real trouble is that the more you read and think, the more you understand how history is filtered through the minds of people with preconceived notions and ideas to sell. You realize that not every omniscient narrative voice has earned its sonorous authority, that your teachers can lie to you without even meaning to, that throughout history mistakes have been made and people rarely rise above their petty grievances merely to serve "the truth."

You begin to understand that the world is less than what you'd hoped, that it is populated with people like yourself, some of whom may be wiser and measurably more able than you in some ways, but none of whom has God in his calling circle.

If you are intellectually curious, this might disconcert you, because there are plenty of people who claim a special connection to some higher authority and are even more willing to believe in these self-styled deciders.

If you only mean to live comfortably with as little stress as possible, you can elect one of these public people as your own intellectual mascot. You might subscribe to National Public Radio or Fox News, Sean Hannity or Noam Chomsky, Beyoncé or Toby Keith. In America, we are free to find whatever little voice might soothe us or grant us license for our anger.

We might trust them to tell us how to love our country.

We might stand with Commodore Stephan Decatur, the naval hero who, at a banquet in his honor, offered the jingoistic toast: "Our country! In her intercourse with foreign nations may she always be in the right; but our country, right or wrong!"

Or you might subscribe to the moderated version, offered in 1871 by U.S. Sen. Carl Schurz, who had served as a Union general during the Civil War and would go on to become U.S. Secretary of the Interior: "My country, right or wrong; if right, to be kept right; and if wrong, to be set right."

Schurz was a traveler.

He was born in the Kingdom of Prussia's Rhine Province, and as a young man in Germany, fought for democratic reforms and the unification of the German people in the revolutions of 1848-49.

After the rebellion was put down, he fled to France and then to London, finally migrating to Wisconsin, where he started a law practice and became an abolitionist. He fought at Gettysburg, served as the editor of the Detroit Post, and helped established a German-language newspaper in St. Louis (where he hired a cub reporter named Joseph Pulitzer).

In 1868 Missouri sent him to the Senate. He was a helluva American soul.