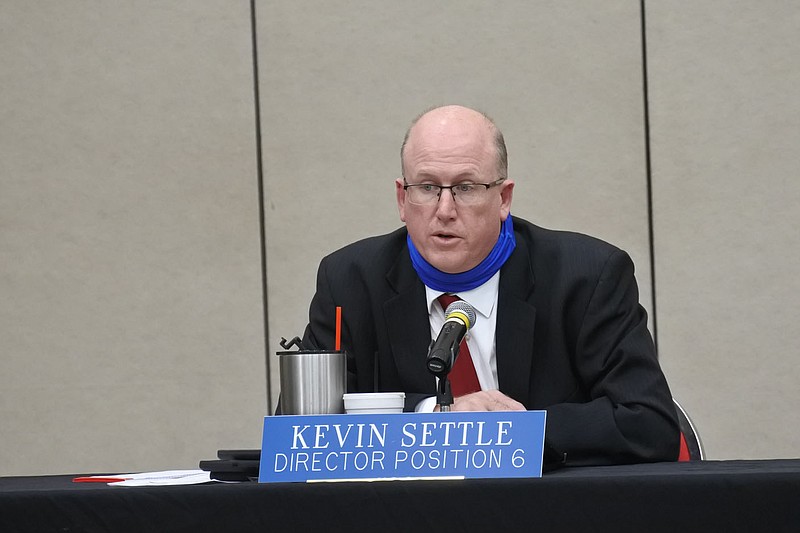 FORT SMITH -- People in the River Valley who love a good drink, as well as bars and restaurants providing them, will be able to breathe easier when December rolls around.

City directors unanimously voted to repeal an ordinance increasing the city's supplemental alcohol tax from 5% of gross proceeds or receipts to 10% during its meeting Tuesday. The board had voted to adopt the ordinance on Dec. 15 after approving an amendment it not go into effect until Dec. 1, 2021.

City Administrator Carl Geffken said the tax applies to customers who order alcoholic beverages at bars and restaurants in Fort Smith. The increase from 5% to 10% was estimated to generate about $500,000 each year for the city's general fund. City Clerk Sherri Gard has said the city established the tax at 5% rate in 1969.

The motion to repeal the ordinance increasing the tax on the agenda for Tuesday's meeting was made by Fort Smith At-Large Position 6 Director Kevin Settle during the board's study session Jan. 12. This was seconded by At-Large Position 7 Director Martin.

"I think it's the right thing to do," Settle said. "We should do it, and if we decided as a group to bring it back ... some time in the future, let's have a more open, broader discussion, and let the people know because these businesses were blindsided by it."

Settle said since the Dec. 15 meeting, he received feedback from many people who felt raising the tax was "the wrong thing to do at this time" even with the delayed effective date.

Talicia Richardson, executive director of 64.6 Downtown, a nonprofit organization focusing on revitalization projects for downtown, voiced her opposition at the board's Dec. 15 meeting, citing the financial impact the pandemic has had on bars and restaurants.

"I'm respectfully asking the board of directors tonight to consider postponing your decision until December 2021 to allow these businesses to operate post-covid because we are still in covid," Richardson said Dec. 15.

The motion to amend the ordinance with the Dec. 1, 2021, effective date, made by Ward 2 Director Andre' Good, was passed 5-2. The no votes came from Martin and Ward 4 Director George Catsavis. The amended ordinance passed with the same results.

Settle on Tuesday said he made a mistake when he voted in favor of the tax increase. He believed repealing it was the right decision.

Martin said he believed it's important for the board to hear from the residents.

The board's decision to repeal the increase was met with some applause from the residents attending the meeting. This included Richardson, who said after the vote she was excited about not only the board listening to "the plea of a citizen," but also the economic development impact on downtown and the greater community.

"Luckily, the community had someone speak out on their behalf, and what I mean by community, the community of bars and restaurants, and as a result, it brought that to their attention," Richardson said. "And I'm very grateful for the media, of having its well-balanced presentation of the facts regarding this particular ordinance and its true impact during these covid times."