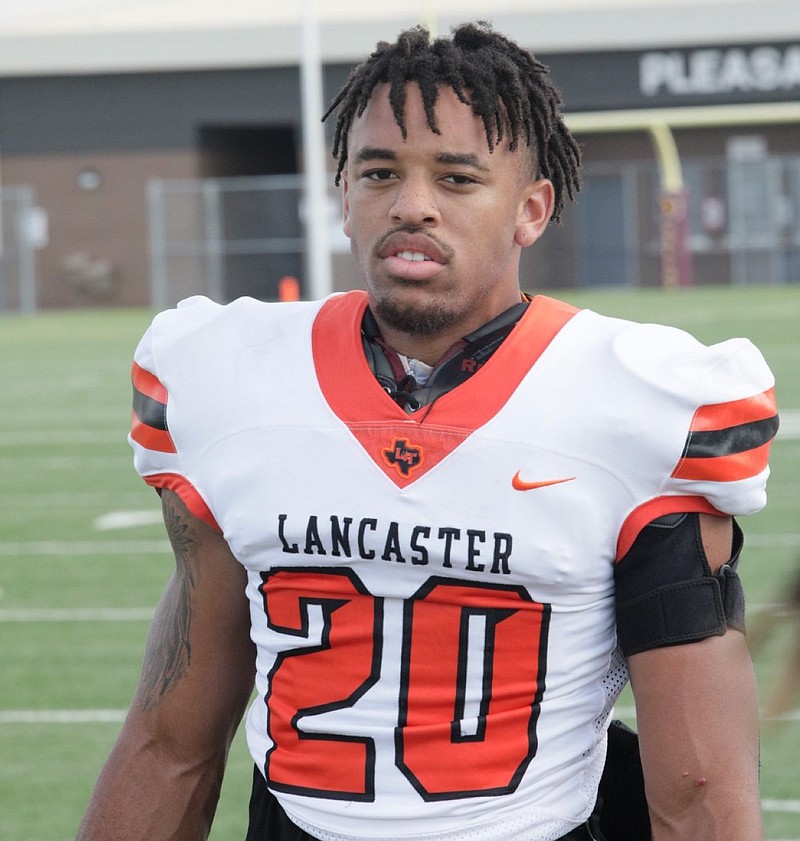 Sylvan Hills football Coach Chris Hill received a late Christmas present when 4-star junior running back Isaiah Broadway moved back to his home state and joined the Bears’ program about two weeks ago.

Broadway, 6-0, 207 pounds, was born in Little Rock before moving to Texas a year later. He played his junior season at Lancaster High School in Texas and was hampered by an ankle injury while rushing for 203 yards and 4 touchdowns on 12 carries.

He was named the District 6-6A Co-Offensive Newcomer of the Year as a freshman at Carrollton (Texas) Hebron after rushing for 481 yards, 5 touchdowns on 84 carries and having 13 catches and a touchdown. Class 6A is the largest classification in Texas.

As a sophomore, Broadway rushed 123 times for 575 yards, 4 touchdowns and had 10 receptions for 144 yards and a touchdown.

“The coach could not say enough good things about him,” Hill said. “You love to get additions like that. You love to get those type of kids in the program because we hold our kids to a high standard in the weight room and in the work ethic in practice and commitment. I think he’s going to help us raise that bar even higher.”

Broadway is a second cousin to former Hog cornerback Ramon Broadway. He recorded an electronic 4.61 seconds in the 40-yard dash, 4.34 seconds in the shuttle and 38.6 inches in the vertical as a freshman.

He has scholarship offers from Baylor, Utah, Houston, Cincinnati, Washington State and others. Broadway received an offer from Arkansas under former coach Chad Morris but hasn’t been re-offered by Coach Sam Pittman and staff.

“He’s a very impressive young man,” Lemming said. “Outstanding instincts and production. There’s a lot of good ball players at Lancaster but he was the best of the bunch.”