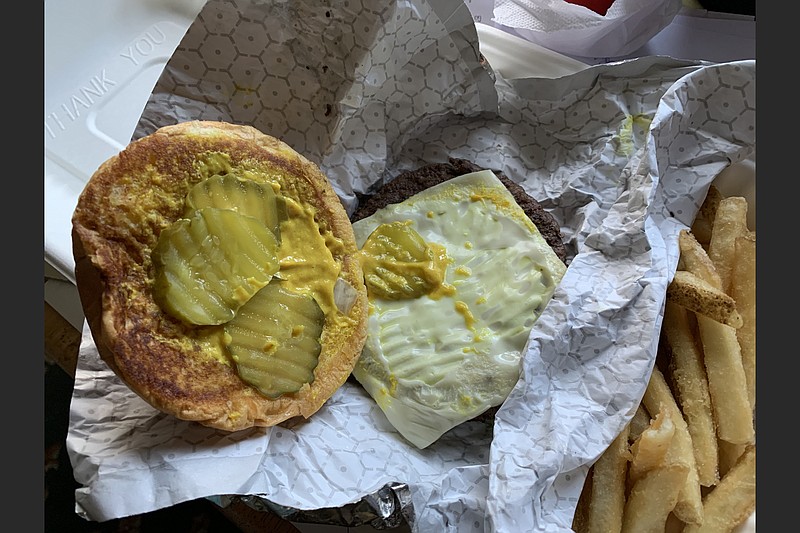 Our Minute Man burger, with processed Swiss cheese, mustard and pickles, produced pleasant memories, even if it maybe wasn’t worth a 30-minute wait in a bitingly cold wind. (Arkansas Democrat-Gazette/Eric E. Harrison)

WHAT WE GOT: Original cheeseburger, fries and a drink ($10)

Was it worth the nearly 30-minute wait (plus, of course, however many years it’s been since the last Little Rock Minute Man closed) in a very chilly wind? Not really, but it was worthwhile to finally get our mouth around a Minute Man burger. We got ours with processed Swiss, mustard and pickle, minus the lettuce and onion. The burger was everything we remember — smoky, fresh-tasting and satisfying. The fries were near-perfect — golden and firm on the outside, just the right degree of softness inside, and the kind of fries it would have been an insult if we’d added ketchup. We ended up with a 12-ounce canned Coca-Cola for our drink, which came from a cooler in the back of the truck where the burgers were being grilled; if we’d been watching previous customers, we probably would have opted for a Dr Pepper, which came in a 22-ounce plastic bottle.

HOW IT WENT: This was the second day the food truck was operating, so it’s possible there might have been some glitches, but mostly the large throng of customers — nostalgic or otherwise — was the primary reason for our wait. The guy grilling the burgers in the back of the truck, with a fan helping spread the smoke from the charcoal grill evenly across the burger patties, was getting them off the grill as fast as he could and still make sure they were properly cooked; they went into the front of the truck, where the crew put them on buns with whatever additions and handed them out to the waiting consumers. But at least it was a closer trip than to the restaurant’s recent resurrection in Jacksonville.

HOW IT’S GOING: We showed up late in the lunch period — about 12:35 — and there were at least a dozen folks ahead of us and, by the time we left, another dozen behind us. 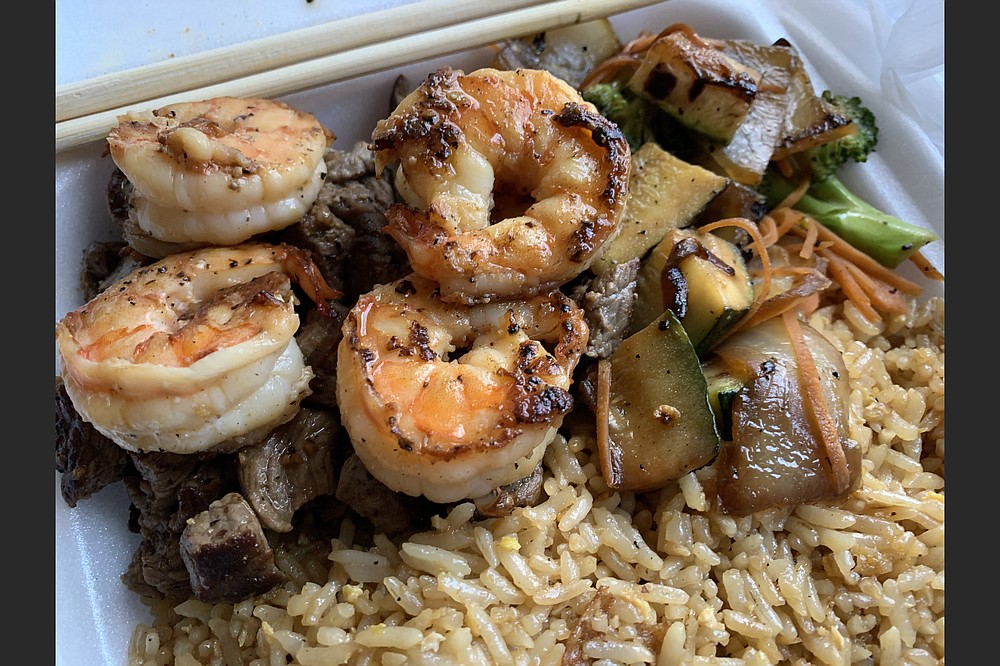 Somebody better at math than we are will have to calculate the number of restaurants, etc., that have come and gone in this space, which for many years housed Starlite Diner. The two or three most recent occupants have been Asian restaurants, the most recent being TLC — Tender Lovin’ Chicken, which we featured in this column in September and which had been around less than 10 months. We are no good at prognosticating whether a place will succeed in surviving where so many others have vanished, but we did enjoy our dinner (well, lunch really): our steak, chopped into smaller-than-bite-size pieces, was tender, tasty, medium rare as we requested, and in ample portion. We got four plump, well-grilled medium-to-large shrimp. We got a selection of mixed veggies (broccoli, zucchini, onions and carrots). And we got a bounty of moderately sauced fried rice. Our Major Roll was not, perhaps, as spicy as we expected — especially since the makings, at least according to the menu, include spicy tuna and spicy crab, plus avocado and tuna, with red snapper on top — but we enjoyed it.

Our edamame had no salt, but that’s OK — we cracked open a couple of salt packets from to-go plasticware packages and were thus able to add just the right amount for flavor.

HOW IT WENT: We placed our order over the phone and it was ready when we arrived and paid for it, about 15 minutes later.

HOW IT’S GOING: There was one occupied table in the dining room, which TLC had closed off, and a couple of other to-go orders waiting to be picked up. 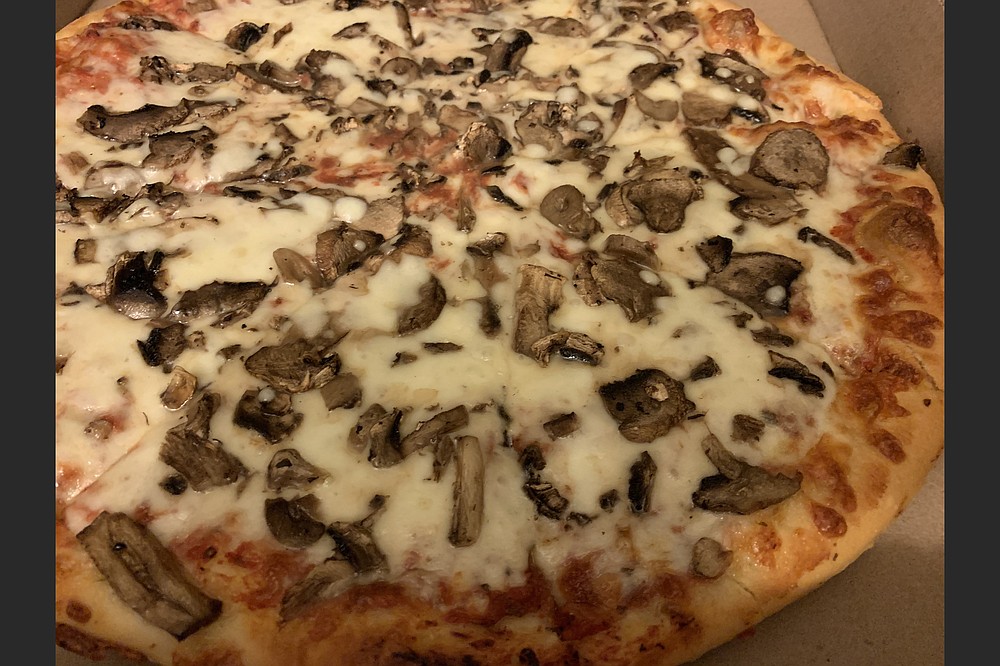 Since the opening of a bigger and somewhat grander Grady’s in a former chain steakhouse where North Rodney Parham and Shackleford roads meet, the original Grady’s, occupying a pair of storefronts in a strip center on West 12th Street, has been sort of under our radar. But they still make a pretty good pie. The crust is medium-thick and somewhat chewy, but not overly bready; we got a goodly portion of fresh mushrooms, more or less embedded in a thick layer of mozzarella (extra cheese was a worthwhile add-on) with a thinner layer of red sauce.

HOW IT WENT: We had a very hard time finding an online presence for this “lesser” Grady’s — the website barely mentions it (doesn’t list the address or phone number, for example) and while there is a Facebook page, the last post on it is two years old and has a redirect to a web address that doesn’t exist. Anyway, we dropped in to order (and pay) in person, and waited about 20 minutes for our pizza.

HOW IT’S GOING: There were four or five occupied tables in the two dining rooms while we waited, and the phone rang almost constantly with what we presume were to-go orders.