There's no retirement age in the NFL, and that's a good thing for Super Bowl-bound Kansas City and Tampa Bay.

Andy Reid and Bruce Arians are two of the league's five oldest coaches. Reid is closing in on 63; Arians turned 68 in October. They have a combined 55 years of NFL experience and spent nearly another three decades working at the college level.

Neither seems close to calling it a career. Instead, they're showing that bald heads and gray facial hair might be a better choice than young and spry at football's most important leadership position. These guys might just be getting started, too.

Reid signed a six-year contract extension in November that could keep him with the Chiefs through 2025. Arians told a Tampa radio station Wednesday he plans to return in 2021 even if the Buccaneers beat Kansas City at home in the Super Bowl on Feb. 7. Arians was asked on WDAE-FM whether he would "ride off into the sunset" with a victory.

Reid, who ranks fifth on the NFL wins list with 238, is in the midst of his eighth season in Kansas City after a long tenure in Philadelphia. He took over a team that was 2-14 before his arrival and built a consistent winner, one that has reached new heights under Super Bowl MVP quarterback Patrick Mahomes.

"A guy like Patrick will keep you very, very young," Arians joked.

"Growing up as an Eagles fan, I was able to cheer for a bunch of his teams," Cleveland Coach Kevin Stefanski said. "He does an outstanding job with his team. And then, in particular the offense, he is a great technician in what he has his team do.

"I have always respected how much they have evolved over the years and the different things that they do which are so different than what they were doing, you know, 20 years ago in Philadelphia. I just think so highly of him as a coach."

There's little doubt that Reid's "throw to win" philosophy is the NFL model these days. The way he handles the locker room should provide another blueprint for success.

"As a head football coach, you try to unite, make sure people have an opportunity to express their beliefs and feelings like you would around a dinner table but have an open forum and respect for one another," Reid said. "That's what 'team' is all about.

"We all come from different places and it doesn't matter religion or color or anything else, we're humans and I think we have an opportunity to look at the best of each other. We all have strengths and weaknesses. Every human has that, their strength and weakness, and our objective as a football team is your strength is going to cover up my weakness; my strength will cover up your weakness and we go roll. So that's kind of how we do it here."

There was some speculation Arians might be on the verge of retirement. He stepped away after the 2017 season in Arizona due to medical concerns. After a year out of football, he returned with Tampa Bay in 2019 and then made a bold call to move on from overall No. 1 draft pick Jameis Winston.

The Bucs signed Brady, now 43, to a two-year contract that created a small Super Bowl window.

They made it happen by beating Washington, New Orleans and Green Bay on the road. Now, the Bucs get to face Kansas City at home -- the first team in NFL history to play a Super Bowl in its normal venue.

And the bald and bespectacled guys on either sideline will play a pivotal role in the outcome. Arians could make history, too. New England's Bill Belichick is the oldest coach to win a Super Bowl. He was 66 when the Patriots beat the Los Angeles Rams two years ago.

"We have a cause and our cause is to put rings on our fingers," Arians said. "You do everything you can to reach that goal." 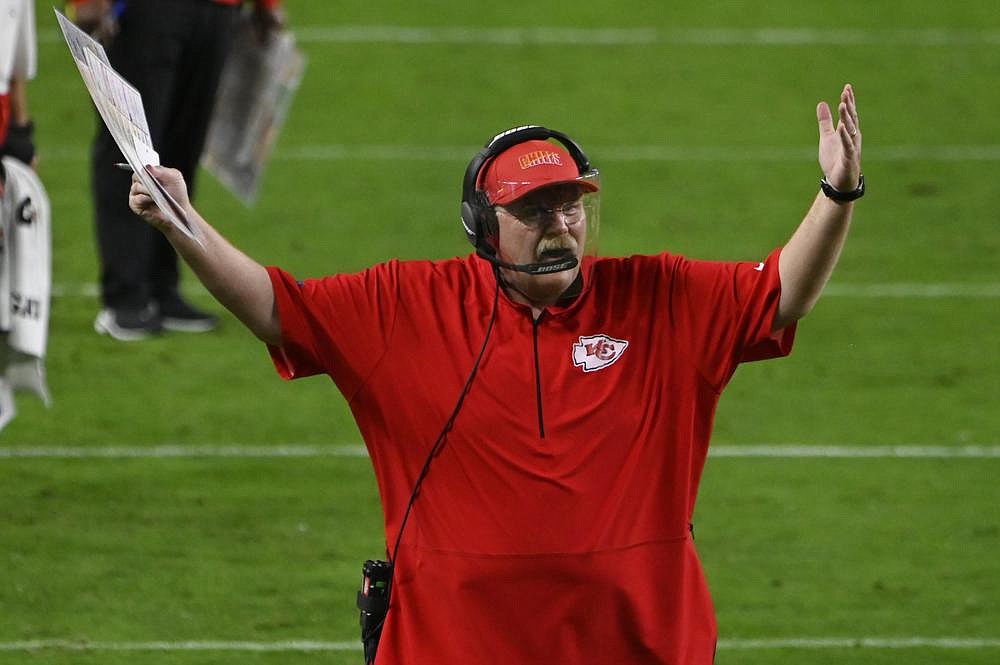 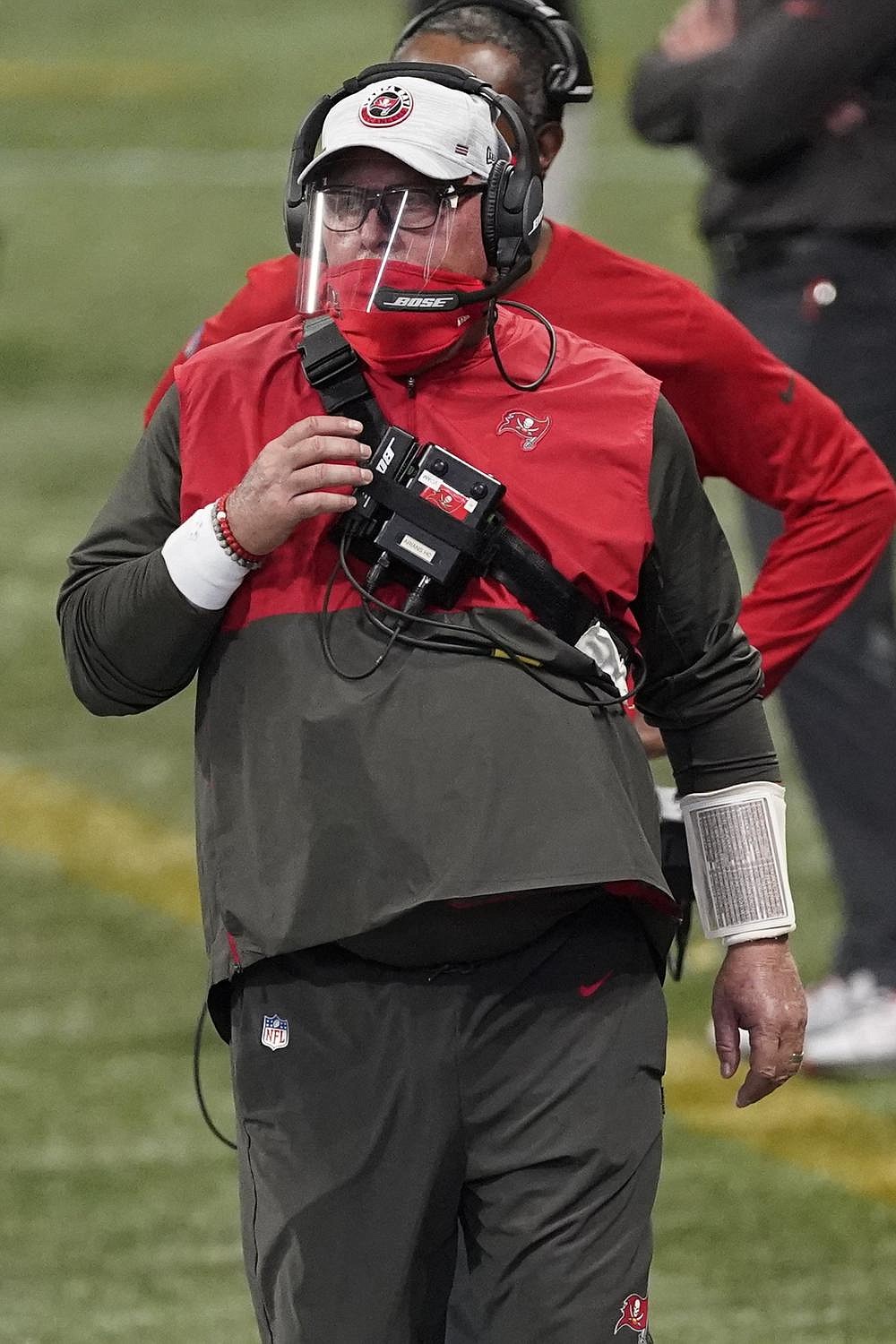 Tampa Bay Buccaneers head coach Bruce Arians walks the sidelines against the Atlanta Falcons during the first half of an NFL football game, Sunday, Dec. 20, 2020, in Atlanta. (AP Photo/John Bazemore) 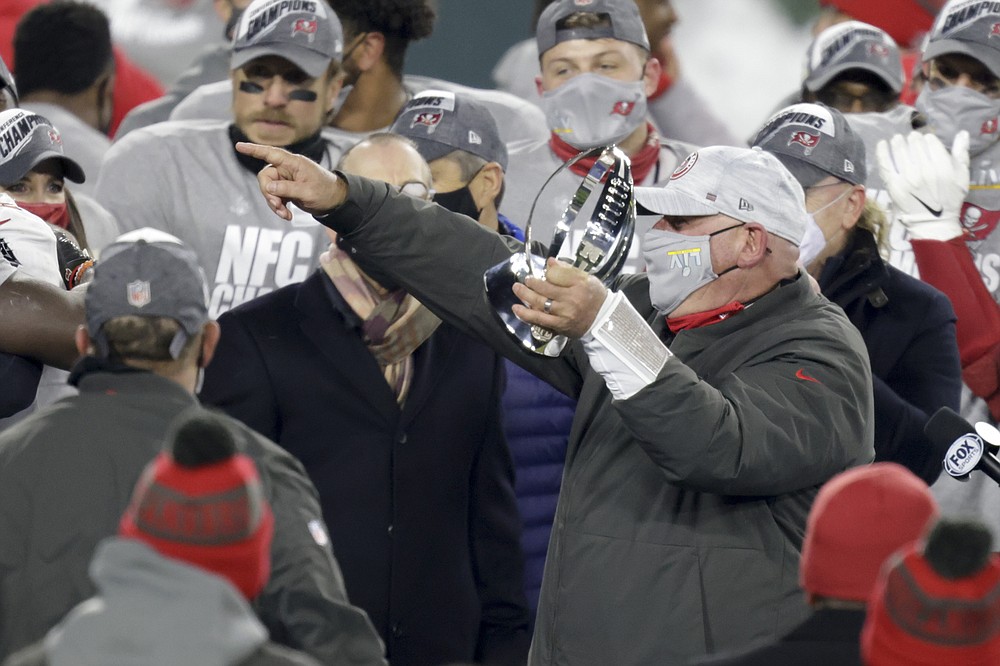 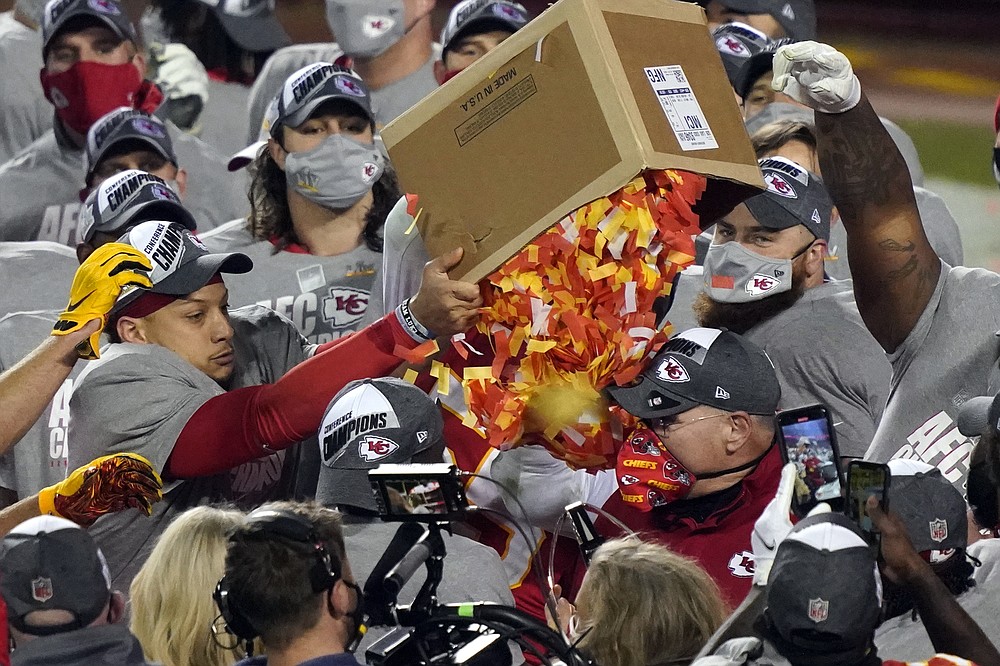 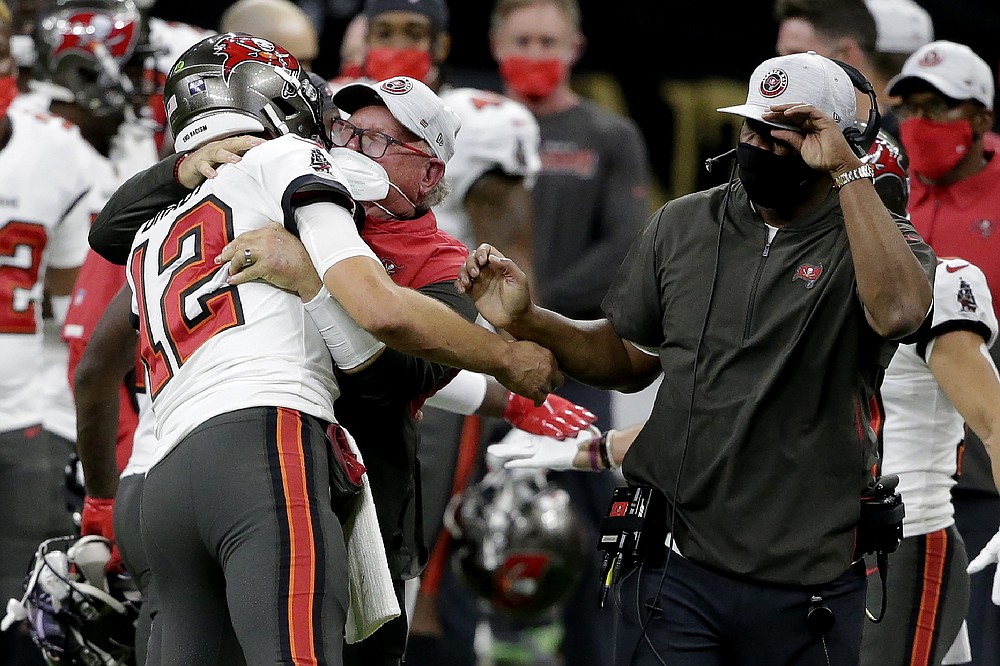 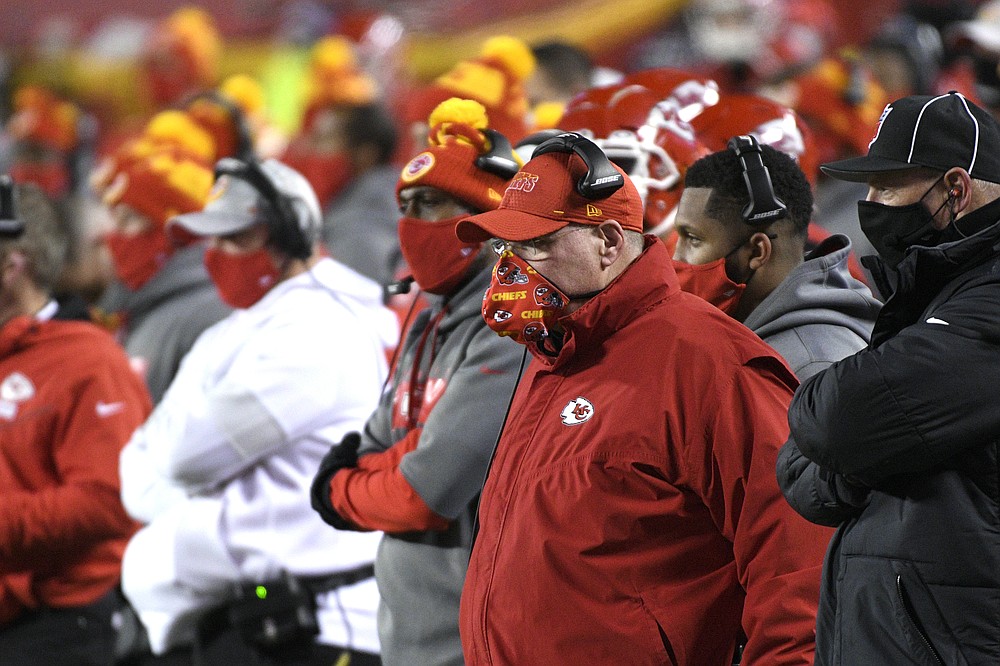