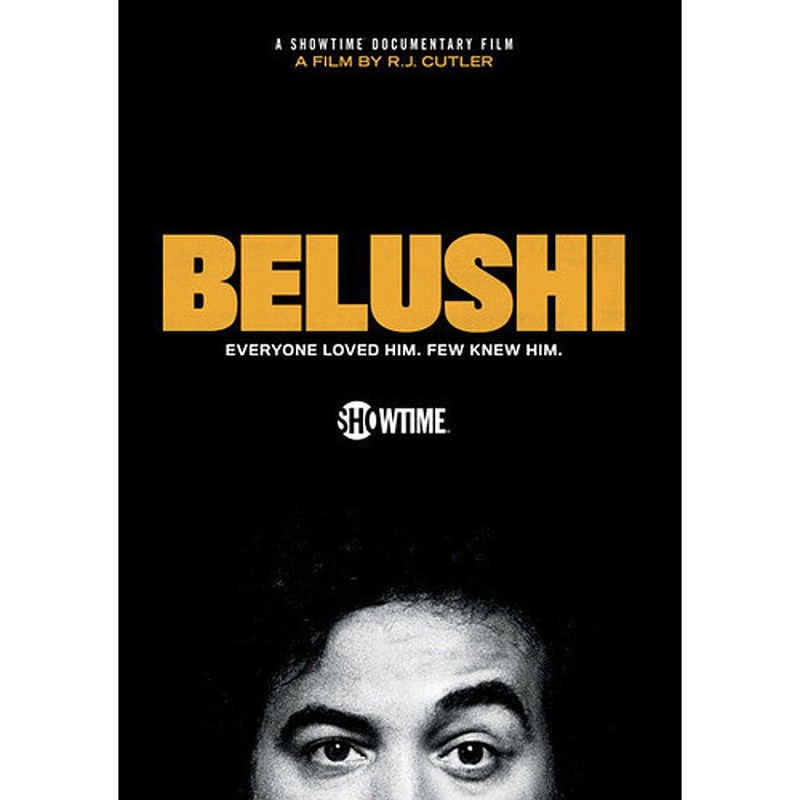 This documentary, which premiered on Showtime last year, provides an uncommonly empathetic portrait of actor/comedian John Belushi, that might serve as a corrective to those who know him as the subject of Bob Woodard’s 1984 book “Wired: The Short Life and Fast Times of John Belushi” (a subsequent film version of that book came out in 1989 and was met with such hostility that it almost cut short the career of Michael Chiklis, who played Belushi in the film).

Cutler relies heavily on never-before-heard audio tapes, many recorded in the weeks just after Belushi’s 1982 death by Tanner Colby, co-author of the book “Belushi,” as well as rare archival footage and photographs and some haunting animated re-enactments based on Belushi’s letters, read by Bill Hader in Belushi’s voice.

(not rated, 1 hour, 25 minutes) James Rasin’s 2010 biographic documentary pays tender tribute to the short but extraordinary life of transgendered Warhol “Superstar”- Candy Darling, who starred in the artist’s film “Flesh” and “Women in Revolt” before moving on to small roles in independent and mainstream film. (She had a role in the Jane Fonda-Donald Sutherland” thriller “Klute.”) She died from lymphoma 1n 1974, when she was 29 years old.

Rasin uses contemporaneous and new interviews, and most effectively excerpts from Candy’s own diaries and letters (read by Chloë Sevigny) to explain her life, times and self-creation.

“Fatman” (R, 1 hour, 40 minutes) Remember “Bad Santa”? It’s a black comedy with Billy Bob Thornton on board to make it work. This weird comedy has some similarities, but doesn’t have Billy Bob, which forces it into a lesser category of holiday humor. On the other hand it does have Walton Goggins, doing his Walt Goggins thing as a precise hitman dispatched to take out the jolly old elf at the behest of a spoiled 12-year-old who was left with a lump of coal left in his Christmas stocking. While the movie has a few neat ideas and the actors are committed, it’s not as clever as it needs to be or as transgressive as it pretends. With Mel Gibson as the man in red; with Marianne Jean-Baptiste, Chance Hurtsfield, Susanne Sutchy; co-written and co-directed by Eshom Nelms and Ian Nelms.

“Synchronic” (R, 1 hour, 42 minutes) An original and intriguing approach to the traditional sci-fi time-travel genre is offered here as the lives of two New Orleans paramedics, who are also longtime best friends, take a terrifying turn when they come upon the scenes of horrific accidents. Could a scary new psychedelic drug have something to do with it? With Jamie Dornan, Anthony Mackie, Katie Aselton; co-directed by Aaron Moorhead and Justin Benson.

“Come Play” (PG-13, 1 hour, 36 minutes) For parents who don’t already have enough to worry about, this decent enough horror thriller tosses in a kid who spends most of his time with his cellphone, which is being used by an otherworldly creature to gain access to our world. With Gillian Jacobs, John Gallagher Jr., Rachel Wilson; written and directed by Jacob Chase.

“Princess of the Row” (TV-14, 1 hour, 25 minutes) Sincere and enabled by powerful performances, this coming-of-age drama concerns a a 12-year-old girl in foster care who decides to run away to live with her homeless father, a military veteran with severe PTSD. With Martin Sheen, Tayler Buck, Ed Gathegi, Ana Ortiz, Blake Michael; directed by Van Maximilian Carlson.